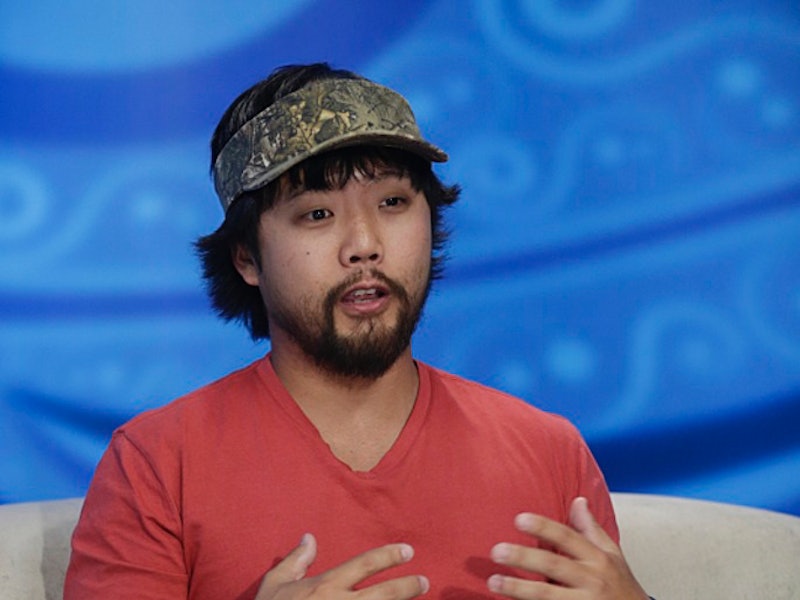 There's a lot of time to kill in the Big Brother house. Houseguests aren't allowed to watch any movies or television, the only game they can play for leisure is Chess, and the only book they're allowed to read in the house is The Bible. It can get really boring in there if you are unable to keep yourself entertained. Luckily, James Huling loves to play pranks in the Big Brother 17 house, since it's the perfect playground for inflicting mayhem upon fellow houseguests. James' likable personality and ingenuity have made him one of the greatest pranksters in the show's history.

Playing pranks is not new to Big Brother, but James hasn't gone more than a few days without pulling a prank of some kind on his other houseguests (and possibly even the fans). He scares, shocks, and confuses the houseguests, but most importantly, he makes them laugh. James knows that a good prank isn't to be done at anyone's expense and uses pranking as a fun way to bring the house together, especially in difficult weeks then everyone is divided into two opposing sides.

Here are some of the best pranks that James has pulled off in the Big Brother house so far this summer.

James specializes in using the basic household items available to him to pull a fast one on his other houseguests. Shaving cream is a classic prank tool, and Big Brother stocks plenty of it for the houseguests. At the beginning of the season, James and Jeff quickly became prank partners, although Jeff was not long for the house.

James was not always the adept pranker he is today. At the beginning of the season, his and Jeff's attempts to awaken Jace (Remember him? Me neither) by using a hook made of tinfoil were unsuccessful. Tin Foil has become James' main tool for pranks, as it can be shaped into a variety of items. Jeff and James also tried the "foil hook" approach to awaken and confuse Audrey and Johnny Mac, to greater success.

James recruited Audrey for help in his first prank on Julia. Audrey pulled Julia aside (who, at the time, everyone thought was Liz) and explained to her that James had strong romantic feelings towards Julia. After Audrey lured her into safety, James revealed he had been hiding in a trash bag the entire time. James is nothing if not committed.

James snuck up on a sleeping Steve, and gently poured honey into his mouth. While steve has been the victim of bullying in the Big Brother house before, Steve knows James well enough to know that all of his pranks are light-hearted and in good fun.

Back when James and Clay were still friends, James was able to assemble an identical outfit of Clay's and follow him around the house, mimicking his every motion. This is definitely one of the weirdest pranks James has done in the house, but also one of the best.

This one mostly just confuses me, and I'm not entirely sure what's funny about it other than the fact that it's so weird. Why is a lotion-covered cucumber in a condom under someone's pillow hilarious? The only thing we know for sure is that it is hilarious.

James recently applied the classic plastic-wrap prank to Steve's have-not bed, packing a bunch of stuff onto it before plastic wrapping so it's even harder to clean off before trying to go to sleep (as if being a have-not wasn't hard enough already).

The prank war between Julia and James has been the strongest of the summer, and Julia is finally starting to fight back. When she heard that James was tin foiling her bed, she used candies to spell out "Still H8 U" on his bed. Hopefully this prank war will stay fun, harmless, and entertaining as long as these two stay in the house.

More like this
James Nesbitt Won’t Join 'Strictly' For A Very Relatable Reason
By Sophie McEvoy
Howard Stern's Net Worth: Is He The Richest Man In Radio?
By Hugh McIntyre
Bachelor Nation's Blake Horstmann Is Dating 'Love Is Blind' Star Giannina Gibelli
By Jake Viswanath and Radhika Menon
Everything We Could Expect In Gabby & Rachel’s Season Of The Bachelorette
By Kadin Burnett
Get Even More From Bustle — Sign Up For The Newsletter