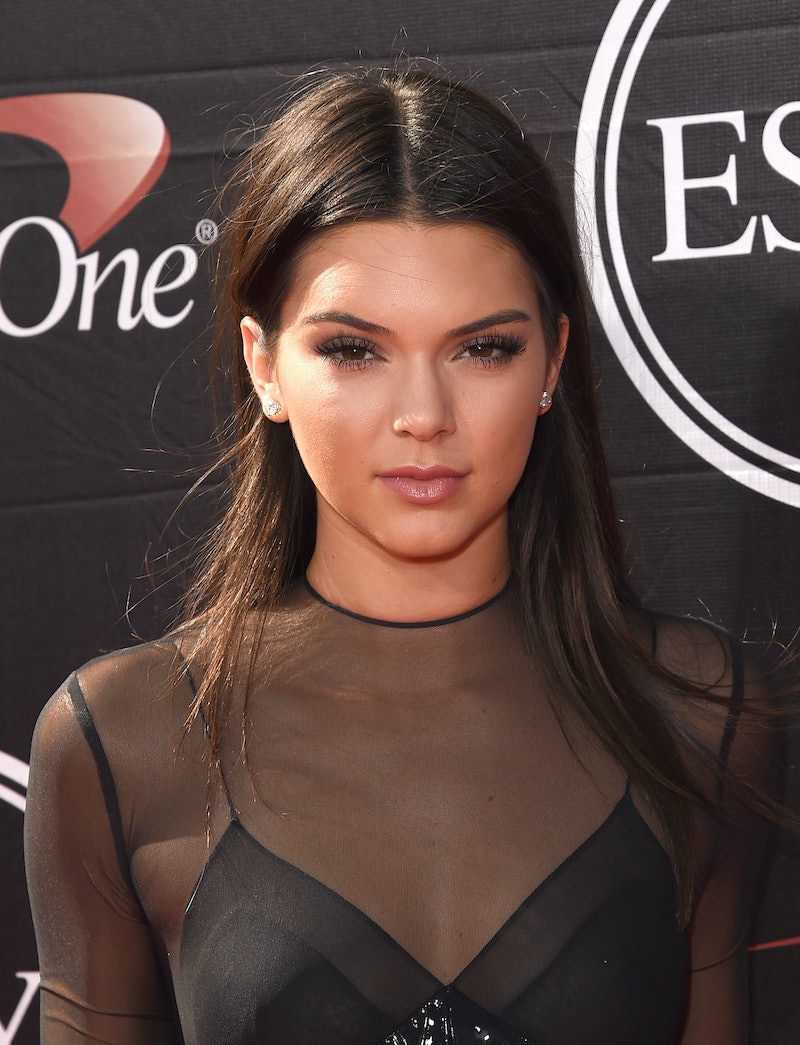 Earlier this month, the world was blessed with the news that Kendall Jenner and Nick Jonas may be dating. Us Weekly reports that the two hotties were set up by Jenner's bestie (and pseudo relative) Gigi Hadid, who just so happens to be dating Joe Jonas. I need to pause here for a moment to point out the fact that Hadid and Joe Jonas have the best ship name of all time — "G.I. Joe" — and that Jenner and Nick Jonas should be so lucky to have a portmanteau as kickass as their friends'. And since it's basically impossible for fans to ship a celeb couple with no ship name, we need to slap one of those bad boys on this pair right away. What should Nick Jonas and Kendall Jenner's couple name be?

The unofficial rule of a celebrity portmanteau is to combine both names into one, like the classic "Brangelina" (Brad Pitt and Angelina Jolie) or "Jelena" (Justin Bieber and Selena Gomez). And when picking the perfect portmanteau, it's always advisable to make the ship names as hilarious (or most like real words) as possible — I mean, remember the day the Internet discovered that Hunger Games characters Katniss and Peeta's couple name would either be PeeNiss or KatPee?! What a time to be alive.

So here's the deal: There are only so many ship names to come up with for Nick Jonas and Kendall Jenner, but here are five that fans should adopt. (You know, except maybe the one that sounds like "boner.")

This one just makes me laugh.

Not as awesome as Kick, but it would probably make the most sense.

Combining "Kendall" and "Nick" and the last two letters of the "Jealous" singer's last name kinda-sorta spells out "kickass." Or at least "kick as," which just reminds me a whole lot of Bend It Like Beckham.

I'm already obsessed with Kick, but combining the names "Jonas" and "Jenner" proves to be a little more difficult. Mostly because "Joner" basically just sounds like a Jo Bro boner. Hmmm.

Remember when Kendall Jenner and Cara Delevingne were besties at festies and rocked these shirts with their own ship name on it? Obviously saving the best for last, Jenner and Jonas would probably get free Nike gear for life if they went the same route as "CaKe" and flaunted their NiKe ship name all over the place. Well, either that, or they'd get sued over copyright issues. Still, there is no denying that NiKe is the best of the bunch. I hope this one sticks.

More like this
Kendall Jenner & Devin Booker Reportedly Broke Up After 2 Years Of Dating
By Jordyn Tilchen
Selena Gomez Is Fine Being Single, But She Still Manifested Romance On 'SNL'
By Martha Sorren, Jake Viswanath and Jack Irvin
Eva Mendes Just Claimed Ryan Gosling’s “Ken” Underwear
By Rachel Mantock
Ralf Little’s Fiancée Has A *Very* Impressive Resumé
By Sam Ramsden
Get Even More From Bustle — Sign Up For The Newsletter