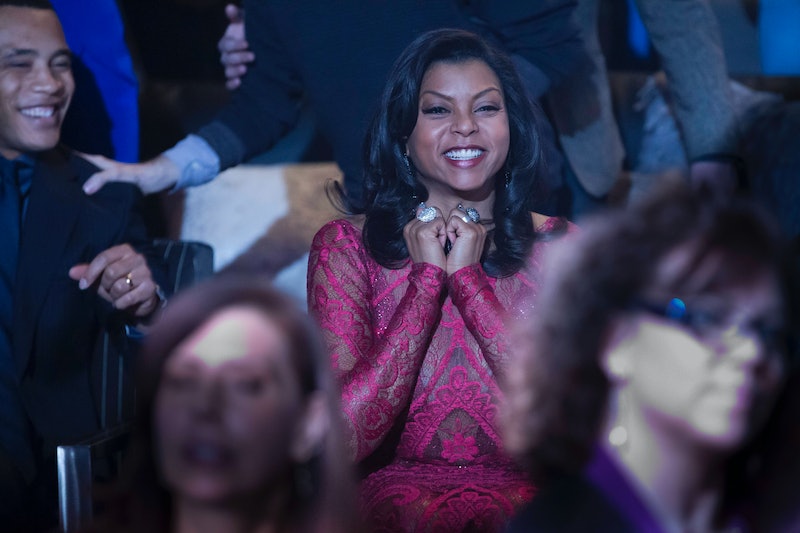 It's no secret that Fox's breakout hip-hop drama Empire has had unprecedented success since its premiere last winter. The series has Oscar nominees, amazing music, powerful guest stars, incredible fashions and most important robust and insane story lines. The Lyons certainly aren't like any family that I've ever known and from what I've learned from them so far, I know mixing family and business probably isn't the wisest idea. Though the first season of the series was only 12- episodes, its jaw-dropping moments were enough to keep my head spinning.

Despite the fact that the show has been off the air since mid-spring there are plenty of insane moments that have continued to stick with me. Rhonda murdering Vernon, Hakeem and Anika's indiscretion and nearly all of Cookie' one-liners are things that I could never forget. Still, there are other moments, that were just as crazy that may have since slipped in the background. From Cookie being offered fried chicken in a business meeting to Lucious giving a little boy a huge was of cash, there are some truly absurd moments on the show. Since we can look forward to a more insane second season in just over a month, here are 10 absurd things you never noticed from Empire.

1. When Jamal Had This Fro

Flashback sequences are often necessary to get more context when it comes to a particular story or character. However, it can be really hard to age down characters. When aging down Jamal, the Empire creators decided to give him hair. The fro isn't the best look on usually fashionable Lyon, it makes him look almost comical. Let's just hope it stays in the past.

2. When Hakeem & Camilla Had This Elaborate Dinner

In an effort to try and be more romantic, Hakeem set up an fancy diner for his older girlfriend Camilla. However, the elaborate set up looks really stiff and making it more uncomfortable, Hakeem had to explain to Camilla what the word "bae" meant.

Cookie would do anything for her babies, including getting her Louboutins stuck in cow manure. Cookie is obviously a city girl, I'm not sure life in the country is a good look for her.

4. When The Club Becky Was At Got Shot Up

Lucious finally rewarded Becky for her hard work with a night off and an all-access pass to Rapper Titan's show. Unfortunately, there was a shoot out as soon as she arrived, so much for a fun night out.

Lucious is not a nice person, and though I was sympathetic when I thought he had ALS, he certainly didn't deserve all of the attention that Cookie and Anika were giving him. While they argued over who was going to ride with Lucious in the ambulance, he had no qualms about screwing them both over.

I probably forgot about this absurd moment because it completely grossed me out. It's no secret that Hakeem has issues with Cookie but calling Camilla Momma is just... CK.

Cookie is known for her boldness so many of her actions and one-liners are ingrained in my memory. However, she and Porsha throwing Anika's clothes out of her own house was so absurd that I nearly forgot about it.

8. When Lucious Gave A Little Boy A Wad of Cash

After Bunkie's funeral, Lucious spotted a little boy on the street. In an effort to ease his guilt over murdering Bunkie, he handed the kindergarten age tot a wad of cash. Lucious' sudden bout of generosity certainly didn't fool me.

9. When Lucious Had This Haircut

If you re-watch the pilot episode of Empire, you'll notice that Lucious has about five different hairstyles, this hair conk looks like it belongs in Hustle & Flow and not Empire.

I'm not sure why fried chicken was offered at a business meeting, but even Cookie wasn't having it.

Empire has certainly taking television to a new level and I can't wait to see what season two has in store starting Sept. 23rd.