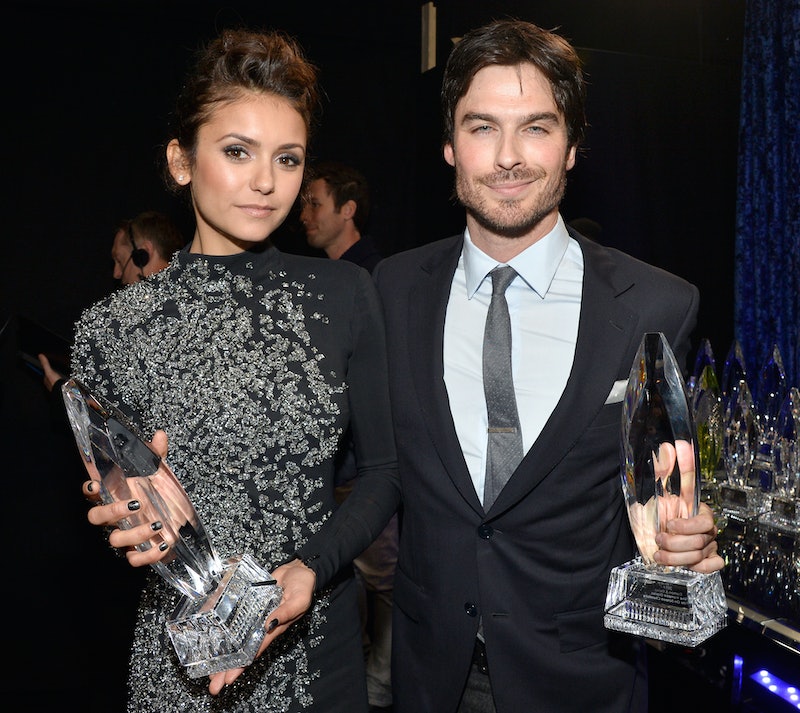 Trying to keep in contact with an ex can be a risky thing for a lot of people. There are a variety of schools of thought on this topic as the people in question move on to their next relationship — or simply to enjoy the single life for a while. Some find that staying in contact with their exes is the best way for them to move on from the past relationship; others feel that it is best to cut off all communication with their former love entirely. But what about the idea of remaining friends with an ex? Though it's definitely not right for everyone, a few former celeb couples out there have proven it is not entirely impossible. Some celebrity exes have been able to stay friends.

Sure, it takes some time to pick up the pieces. And of course, it is not unusual for some feelings to still remain long after the relationship has ended and passed. But whether it is for the kids or simply for caring about each other enough that they can get over the fact that they weren't meant to be, some celebrity exes have shown that the once taboo notion is achievable.

If you're of the school of thought that you can be friends with your exes (or, heck, even if you're skeptical), take a glance through these couples who provide some #breakupgoals and have made a post-relationship friendship work.

We all give them a hard time for that infamous "conscious uncoupling" comment, but these two have made tremendous strides to co-parent and remain friends despite any lingering awkwardness or challenges. Most recently, Martin reportedly showed up at Paltrow's Goop garden party.

These two had one of the most drama-free divorces in Hollywood. Now, they live close by each other, they vacation together, and recently they reunited to watch their daughter Rumer Willis on Dancing With The Stars.

Arquette dished that he and Cox actually made better friends than they did lovers, and it seems like she agrees. Luckily, they have both found happiness with other people.

Now this one's impressive. Cuoco and Galecki, who co-star as a couple on The Big Bang Theory, hid their relationship in the first few seasons of the show and only came clean about it after they broke up. They still have been able to remain "dear friends" while continuing to play each other's love interest.

Ah, the Vampire Diaries couple. These two broke hearts all over the world when they split, but it seems like they have hung in there pretty well. Heck, they even accepted an award together for "Best Liplock" at the Teen Choice Awards.

The exes are often spotted hanging out together after their failed 3-year marriage. Bloom said of his relationship with Kerr, "We're not friends. We're family."

Kravitz and Bonet divorced two decades ago after their whirlwind Vegas wedding, but they still get along tremendously well. They walk the red carpet together. They spend time with their child, Zoë. Kravitz even called Bonet his "best friend" while appearing on Oprah's Master Class.

"I think we're friends," Jonas told Access Hollywood. "In this industry, you meet a lot of people and you stay in touch. Obviously it's tough to be friends with people when you're always constantly traveling, but yeah, we're cool." Wow, if someone who reportedly ended a relationship in a 27-second phone call can find himself in Swift's good graces again, there's hope for all of us! Most recently, these two were spotting hanging out on a boat together with some other friends.

Just because this comedic duo did not work out as husband and wife doesn't mean they have stopped laughing together. Just two weeks after their split, Arnett attended Poehler's birthday party. They often reunite for family gatherings, and sources say there is still a lot of respect and love between them.

As evidenced by the cases above, relationships don't always have to end in utter chaos or icy silence. If celebs can avoid it, there's hope for all of us!