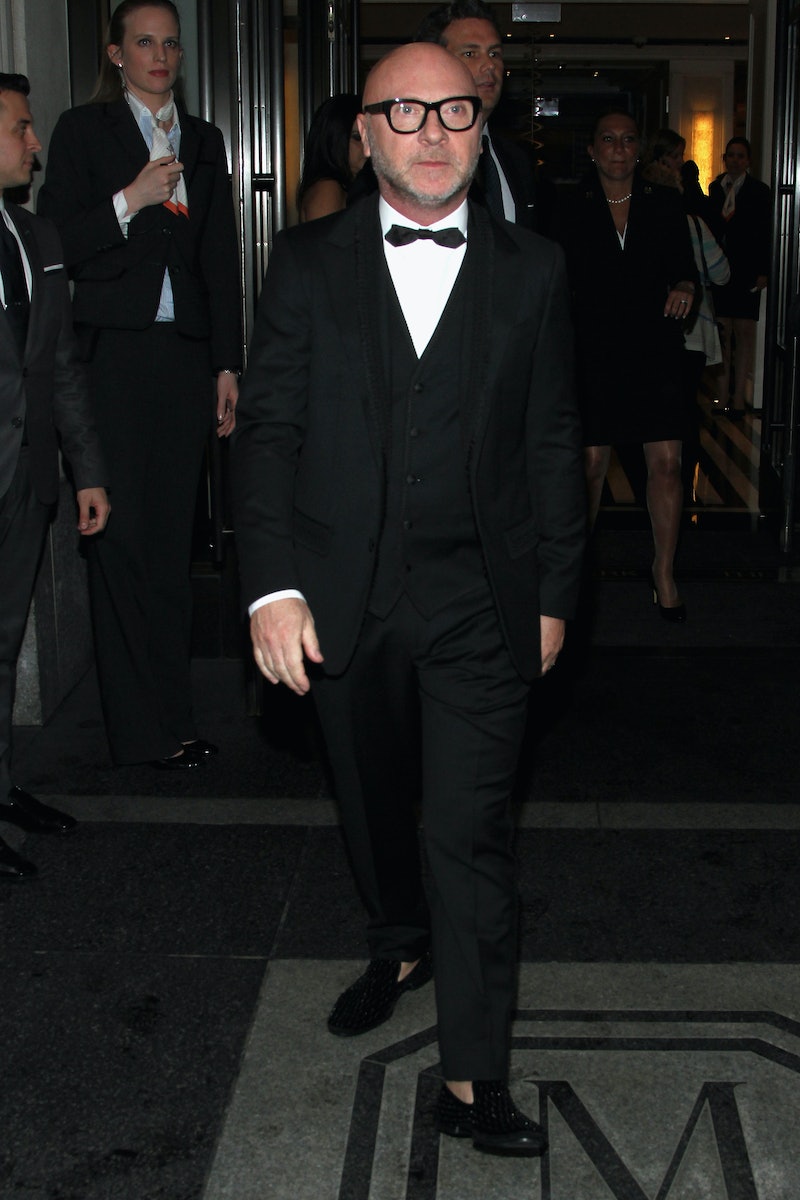 It took him awhile. But, in the spirit of forgiveness, it's important to know that Domenico Dolce finally apologized for insensitive comments that he and his partner Stefano Gabbana made about in-vitro fertilization and surrogacy earlier this year. During an interview published back in March, Dolce and Gabbana proclaimed that IVF was "unnatural" and that they opposed gay adoptions. The former recently spoke to Vogue about his controversial remarks and expressed his remorse over comments such as calling children born via in-vitro as "synthetic babies."

“I am so sorry," Dolce said. "It was not my intention to offend anyone... I’ve done some soul-searching. I’ve talked to Stefano a lot about this. I’ve realized that my words were inappropriate, and I apologize. They are just kids. You don’t need labels, baby labels.” Dolce and Gabbana received immediate backlash after the article was published, which included a boycott against D&G from Elton John, Madonna, and Ellen DeGeneres, among other big Hollywood names.

The pair released a statement following the IVF controversy, but opted to focus their "apology" on freedom to express their opinions rather than addressing the problematic statements that they made and how their words affected millions of families all over the world. After taking time to realize the impact of his offensive remarks, Dolce finally admitted that he has much to learn about IVF and that no one has the right to judge how others choose to raise a family.

“I think everybody chooses for themselves," Dolce said. "I don’t know everything about IVF, but I love it when people are happy. It’s like medicine. Science has been put on the table to help people.” Even though it took him a few months, there will surely be many families out there who will appreciate such a wholehearted apology from the fashion legend.