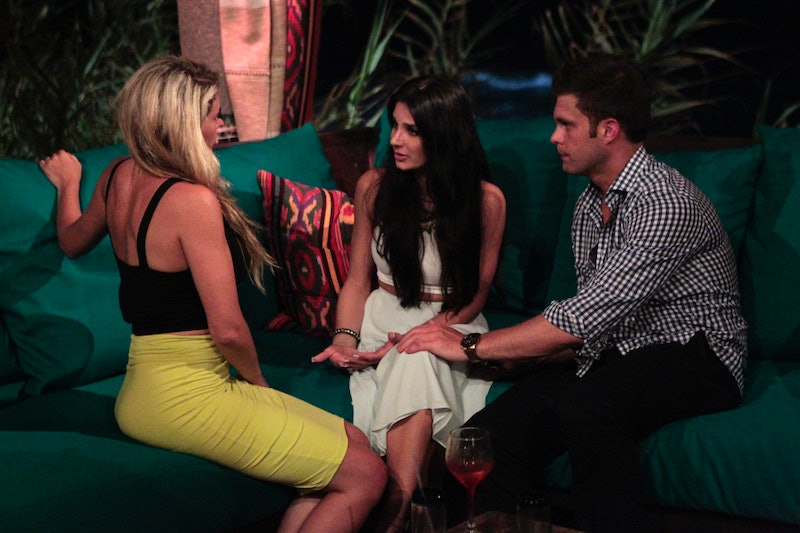 There's been a lot of talk thus far about whether Samantha and Joe knew each other before Bachelor in Paradise. He has admitted that the two talked for about a month before the show, but that they never met in person. Keep in mind, he first lied about knowing Samantha, only to come clean later, but then it was her turn to lie to the cameras about their relationship. But, why all the secrecy? Are people on Bachelor In Paradise allowed to know each other before the show? There's no official BiP rulebook, but I'm pretty sure the answer is: Of course they're allowed to.

This is Bachelor Nation, after all. Most of these people, especially the ones from older seasons, have all known each other for awhile. Between Bachelor parties, premieres, and social media, former contestants almost always have met each other before, or at least followed each other on Twitter and the like. That's why it's so weird that Samantha and Joe lied about knowing each other prior to filming. No one would have been surprised if they had chatted, or mad at him for coming to Paradise for her. But, it was the way they went about things that sucked.

He tricked Juelia into thinking he was super into her, when, in reality, he was just using her to get a rose to make it to the next week. Of course he and Sam wanted to pretend they'd never talked: It would have exposed Joe's deceit if the contestants had known the truth. In the end, he didn't keep his mouth shut anyway and everyone learned just how little respect he had for Juelia in his pursuit of Sam, and how little she cared about her friend either.

I don't fault Joe for having a thing for Chris Soules' most forgettable contestant, but I do fault the both of them for lying about knowing each other, and both going on the show even though they only had eyes for each other and could have just dated in the real world. Their secrecy is sketchy, and the disrespect of Juelia is not OK.