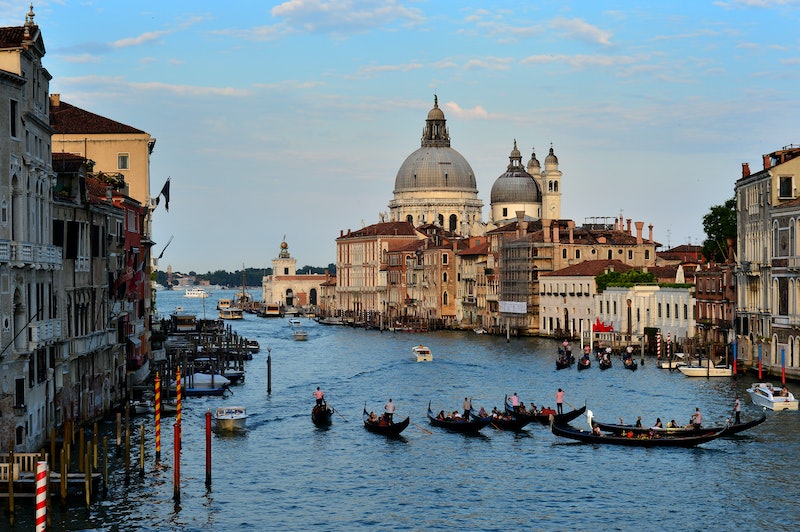 After being curated by professors and experts as part of a mission to promote diversity and fight prejudice in Italian preschools, two books about children with lesbian and gay parents are getting the axe. Conservative Luigi Brugnaro, the mayor of Venice, banned the books from school libraries in the city. The books' removal is just a small part of a larger problem in Italy, where same-sex marriage is illegal and civil union options for LGBT couples are lackluster.

Brugnaro initially removed 49 titles from library collections, including books about children with disabilities and those facing religious and racial discrimination. After public backlash, the mayor agreed to return all but two of the books to shelves. The banned books are about a penguin with two fathers, and a wolf cub with two mothers. The Daily Mail reports that the book ban was part of Brugnaro's 2015 election campaign.

Arguments for the removal of the books resemble those we've heard in the United States. When residents of a Texas town tried to ban LGBT children's books from the public library, they claimed "a 4-year-old [could not] understand the content ... without the help of an adult" and called the books "too mature" for young audiences. This is strikingly similar to Brugnaro's concern, which Elisabetta Povoledo, writing for The New York Times, summarizes: "that preschool children would struggle with some of the mature concepts that the illustrated books conveyed."

Of course, in his own defense, Brugnaro says he's only thinking of the children, who might be confused by depictions of non-traditional households. Responding to criticism from Sir Elton John — as shown in the Instagram post above — the Venetian mayor retweeted a supporter's comment that "we're protecting our children from people like you." Brugnaro also expressed mortification at the idea that his toddler might ask where her other father was after reading one of the banned books; he, of course, had no such concern for children of LGBT couples who now cannot find representation of their families in school libraries.

Although the situation now seems dim, many are fighting back against Brugnaro's Fahrenheit-451 bigotry. Public libraries in the city have hoisted signs, reading "Blacklisted books, be a rebel, read them," in attempts to subvert the mayor's ban and support LGBT families. And, on a national level, Italian Prime Minister Matteo Renzi has announced his support for marriage equality. Having just recently won this fight ourselves, those of us in the US can only hope things get better for Italy's LGBT community.

More like this
6 Organizations Fighting Police Brutality That You Can Support Right Now
By Syeda Khaula Saad and JR Thorpe
8 Charities To Donate To During Black History Month
By Alexis Morillo
These Artists Are Reimagining Black History Month To Create A Better Future
By Katie Mitchell
24 History-Making Black Women You Probably Didn't Learn About In School
By Ayana Lage and JR Thorpe
Get Even More From Bustle — Sign Up For The Newsletter
From hair trends to relationship advice, our daily newsletter has everything you need to sound like a person who’s on TikTok, even if you aren’t.