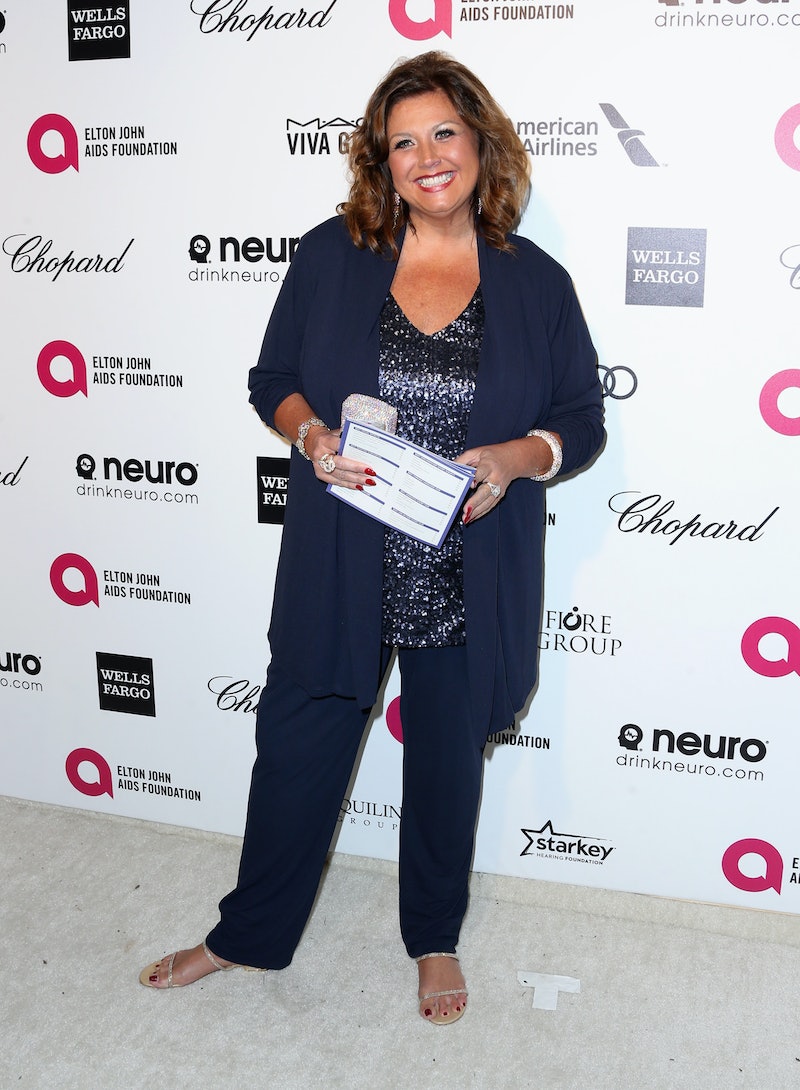 At the end of the episode, Abby talked about her upcoming tour to other countries and then said that she may be finished with the junior elite competition team we know and love. "You go out when you're on top," she said, mysteriously. The moms looked shocked, and, though they may have had issues with her throughout Season 5, none of them seemed particularly happy at the idea of Abby leaving. (Or, at least they didn't show it.)

While I agree with the moms that Abby Lee let her emotions get the best of her during the second half of Season 5 (...well, that's definitely one way to say it), that doesn't mean that she should necessarily leave the show. But, as shown in this season, Abby Lee doesn't need to be present for the show to be successful. Back in June, she even spoke about the episode she missed in Season 5B when she told Entertainment Tonight, "The producer threw me out! So I left and I didn't come back… There's about one [episode] that I just wasn't there [for]. And I thought, 'You know what? If they can do it without me, do it without me.'

Executive producer Jeff Collins said during the reunion special that there will be a Season 6, but if Abby decides to leave, what does that mean for the show's future? Would Dance Moms just replace Abby with a new outrageous dance teacher or could the show try to bring sanity to these young dancers lives and cut out some of the drama? Though people criticize her methods, Abby is part of the allure of Dance Moms — like it or not.

Fortunately there may be some hope still. The reunion was filmed back in June, so maybe in the months that have passed Abby has changed her mind. I can't see her truning her back on her junior elite team forever, even if they are getting to be teens. She also recently posted a casting announcement for Season 6 on her Instagram, and the ad specifically says the competitors will be under the direction of Abby Lee Miller.

The dance teacher is known for being a touch dramatic, so, while it seemed like she was insinuating her time with the girls is done, that could just be her stirring the pot. We won't know for sure until the Season 6 cast in locked in, but I'm betting Abby isn't going anywhere just yet.