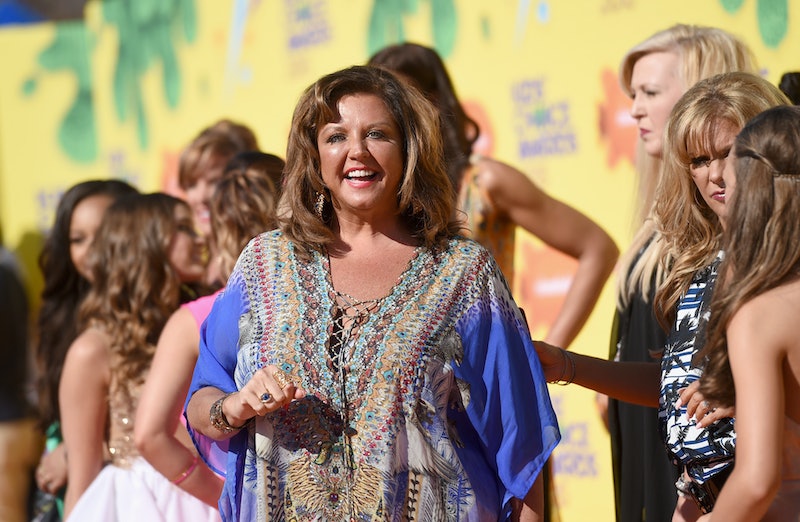 The Season 5 finale of Dance Moms on Aug. 11 promises plenty of drama, with the promo hinting that Abby Lee Miller and her dancers will walk out during the nationals competition. With a potential cliffhanger like that, fans will be itching to know when does Dance Moms Season 6 premiere? Although there has been no official announcement from Lifetime about an airdate, the production company Mystic Art Pictures has posted casting calls for Season 6 starting as early as mid-August at the Abby Lee Miller studio in Los Angeles. So, Dance Moms Season 6 seems imminent, even if the show is reworking the cast.

Dance Moms has already been through a lot of casting changes in the past two seasons with many dancers leaving the show. Back in June, Maddie Ziegler herself did not commit to returning to Dance Moms for Season 6, which would mean most of the core dancers that were in the pilot would be gone from the Lifetime show. Maddie told MTV Australia, "We just finished Season 5 and I’m not sure what’s going to happen for Season 6. I don’t know if I’m going to do it or not, so it just depends."

But, it seems even without Maddie's confirmed involvement, Lifetime is moving forward with the show. Coach Abby Lee Miller posted an audition notice for Season 6 of Dance Moms that will take place on Aug. 17. And, the audition notice specifically says that the show is looking for dancers "who feel they have what it takes to train and compete under the direction of Abby Lee Miller." So it appears that Miller will be around for Season 6.

Still, Abby's vague confirmed involvement still doesn't answer when Dance Moms will actually be back on the air for Season 6. Since Season 2, Dance Moms has premiered its new seasons in January. But, with Dance Moms Season 6 casting in early fall, that date may seem unrealistic for Lifetime to make. Although, how long a reality TV show takes to film, and how long it takes for producers and editors to sift through all the content and edit it down really can vary. So, if Lifetime's plan is to stay with a January Season 6 premiere date for Dance Moms, I wouldn't say that it would be impossible.

While it may be upsetting that some favorite dancers haven't officially said they will return to the show, fans can take comfort in the fact that Dance Moms will be back on Lifetime for Season 6. And, if you know someone 12 years old or younger who can dance, you could even help him or her snag an audition for the show — if he or she is willing to live through the experience of training with Abby Lee Miller, that is.