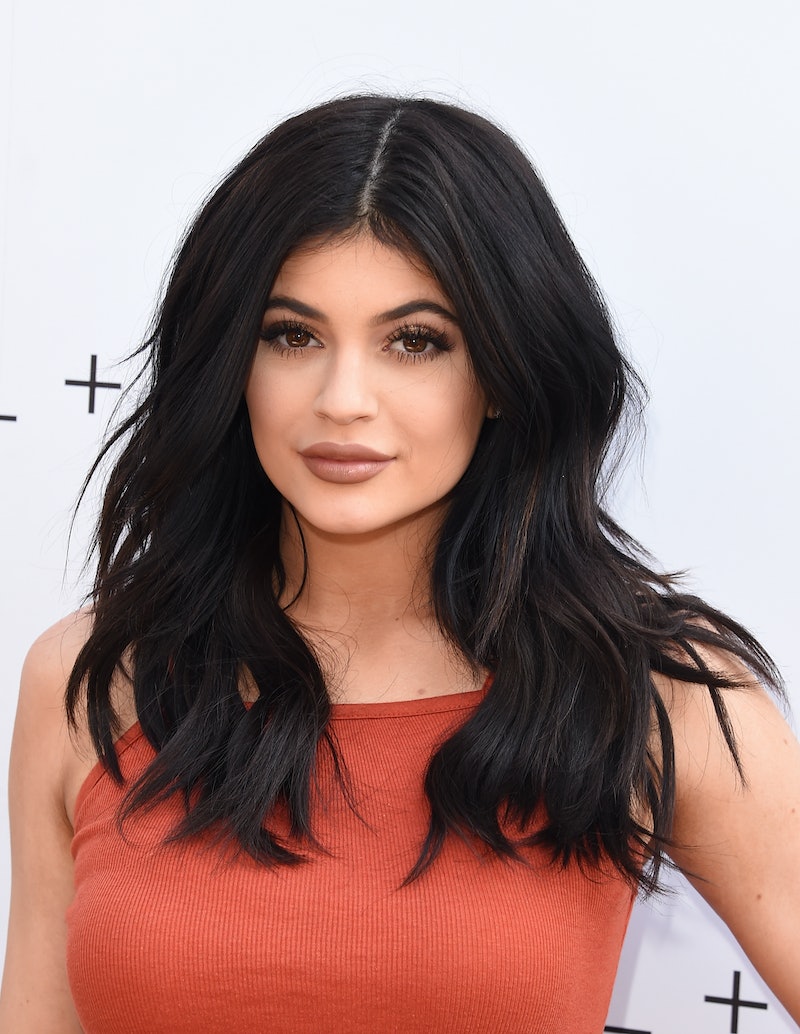 Kim Kardashian's book of selfies may have flopped (perhaps because people were too busy peeping her actual Instagram feed to care), but Kimmy is not even the reigning kween of selfie taking in her famous family. Little sister Kylie Jenner, known for her mirror selfies, is quite possibly the best selfie taker of the bunch.

That's saying a lot, since the sisters flood their feeds with pictures of themselves on the regular. It's futile to try and do the math to see who posts the most selfies per day. Who has that kinda time?!

Seriously, though. The reason that Jenner, who is often Kim K's doppelganger, is so good at selfies is because she has a definable signature — and that's her mirror selfie stance.

Jenner posted a from-the-side mirror selfie in a red hot ensemble on Tuesday, showing off a decent amount of sideboob (and her alleged red heart ink) in the process.

It's one of two key mirror selfie poses in her arsenal.

She often poses from the side, cradling her phone, with her head slightly cocked, like in the aforementioned image. Or she poses straight ahead, with her hip out and her head cocked. Her gaze is usually averted, since she looks in the phone camera, not the actual mirror.

In this forward shot, her head is also slightly cocked.

A slight angle but a totally cocked head.

Notice the head tilt. She often looks down in her mirror selfies, as well.

It's all hips and head!

She's looking down with a bend of her neck! Her curves are so accentuated.

Kylie loves her mirror selfies. This one does it all: cradled phone, downward gaze, jutted hip, bent neck.

Here's the rare pose with only one of the selfie elements and that's the curved hip.

Even when accessorized with Khloe, she is still rocking that same neck positioning.

Kylie has the kurves, so she flaunts them.

How about adding a little pout action?

She rarely looks in the mirror in her straight ahead selfies.

The pattern and pose have been established. If you want to take Jenner-inspired mirror selfies, you better start practicing. It's a lot of work and requires movement of several parts at once before clicking the actual photo!

Here's me, sorta doing the same pose without trying in Target recently.

This is the result of like six different attempts. I was like,"Wait, head cocked, hip out, look down... did I remember all the elements? What if my background looks a mess because it is, since I was moving stuff last night?"