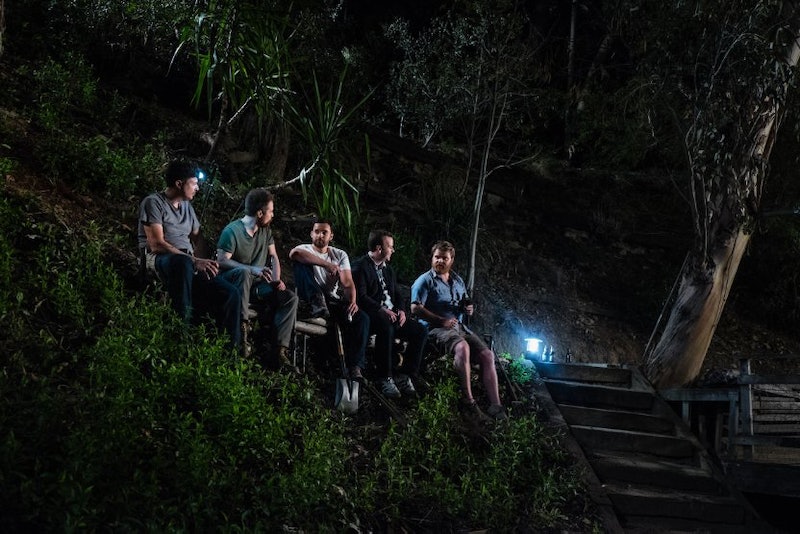 "No sleep. No sleep. No sleep," repeats Sam Rockwell's character Ray in Digging For Fire, the latest indie dramedy from director Joe Swanberg and starring Rosemarie DeWitt and Jake Johnson. No sleep, taxes, childcare, abrasive college buddies — the simmering marital trouble of DeWitt and Johnson's Lee and Tim is a recipe for an un-passionate marriage. This makes it all the more ironic that a book entitled Passionate Marriage keeps appearing in different homes throughout the film. The irony is not lost on DeWitt's character, who begins rolling her eyes at the book around its third or fourth appearance. She reads segments of it, chucks it down, and hides it away. Evidently, it's a critical text for the film. But is Passionate Marriage a real book?

Though passionate marriage might not be alive and well in Digging For Fire, it certainly is in David Schnarch's 1997 self-help book Passionate Marriage : Sex, Love, and Intimacy in Emotionally Committed Relationships. This is the text that pursues Lee throughout the film, hinting at what's lacking in her own relationship. Though the book's actual content is never really referenced (and Lee herself only reads it briefly towards the film's outset) the contexts in which it appears are significant.

First, there's the house where Lee and Tim stay while its owners — Lee's clients — are out of town. Passionate Marriage sits on a shelf, and Lee pulls it down to read. Tim's exasperated sigh implies that this isn't the first time she's examined the text. She lies in bed next to her husband, reading about how to spice up her sex life. The metaphorical weight of the scene gets literal; both characters understand that Lee reading Passionate Marriage comes at the expense of time for actual passion in their marriage. But it seems as though the passion wasn't there to begin with, at least as far as the film lets us in.

The book's presence sets up the path that Lee will take to come back to Tim — she almost follows it from one location to another, eventually coming back to her family. Lee's literal journey parallels Tim's emotional one, from partying with his friends and neglecting his taxes to realizing that he longs for the quieter, more familiar domestic life he led with Lee. (And all over the course of a three-day weekend!)

Passionate Marriage then crops up again at her parents' house. I'd probably be a bit put off, too, if I caught a book on revitalizing marital sex among my parents' book collection. Lee turns to her parents to ask them when, after having children, did their lives return to normal, and neither has a satisfactory answer. At least, it's not the answer Lee is looking for. Passionate Marriage, the title without substance, seems to indicate that the answers can't be found in a book, but nor can they be found in the wise advice of her parents. She'll have to look elsewhere.

When she spots Passionate Marriage at Orlando Bloom's home, she gives it some aggressive side-eye before stashing it away while he's in the bathroom. It's a not-so-subtle reminder that she toes the line of faithfulness to her marriage. She's clearly attracted to this handsome stranger (who, in the cliché of clichés, takes her for a long walk on the beach), and Passionate Marriage seems to underline what's lacking in her own relationship. The title, and the representational power of its previous appearances, are far more significant than its actual explanations about how to improve intimacy in marriage. Lee avoids this visible link to her married life so that she can wholeheartedly live her temporary separation.

Fixing a marriage can't be found in a book, though many books can be found on attempts to fix a marriage. It's not just sex or intimacy or child-rearing. It's the confluence of all those things, and then some. The Passionate Marriage that follows Lee across Digging For Fire acts as a foil for the far more real adventure it takes for her to return home with a renewed commitment to Tim and her family. It's not a moral commentary by any means, but it does add an ironic dimension and a touch of humor to the drama of a struggling marriage. And it shows that, while a little adventure can be beneficial, there's something to be said for mundane.