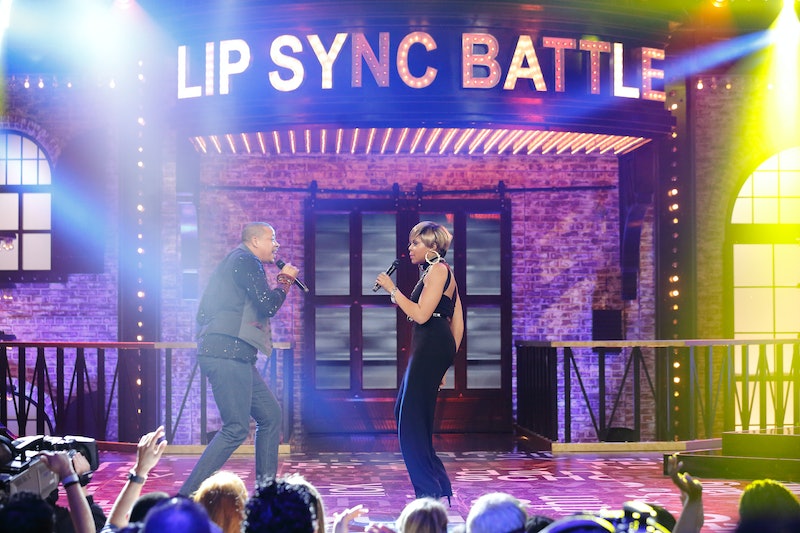 Is there anything better than watching some of your favorite celebrities battle it out onstage in a no holds barred musical competition? The answer to that is rhetorical, of course, because no. No there is not. Which is why everyone can't stop raving about Spike TV's Lip Sync Battle . There's music. There's dancing. Not to mention it's a great way to see some of our beloved Hollywood stars in a completely different light, especially for those with a non-musical background. And while I'm very much looking forward to seeing Empire 's Taraji P. Henson and Terrence Howard compete in the finale, I can't help but feel somewhat sad for the season to come to a close, mostly because Lip Sync Battle Season 2 won't return until 2016.

No exact premiere date has been scheduled thus far, but when celebrity singing series got picked up for a second season, it was stated that its debut would happen sometime next year. This means we're about to have a fairly long hiatus on our hands, which sounds downright depressing to me. So as a way to ease our sorrows and make the time go by faster, here are a few other music-based shows to help quench your Lip Sync thirst.

If you're not already familiar with FOX's new breakout hit, then please take this free time to educate yourself. Between the phenomenal performances and epic Cookie one-liners, trust me when I say you'll be hooked almost instantly.

I don't really consider myself to be a big country music fan, but there's something about these particular songs and singers that keep me coming back for more — and heading straight to iTunes so I can download each and every song).

You can try to dislike it all you want, but deep down you know watching these iconic songs get brought to life leaves you positively filled with, well, glee.

There are so many A-list guest stars on this show, it'll feel just like Lip Sync Battle… except with more swordplay and actual singing.

So You Think You Can Dance

I realize this covers strictly just the dancing portion of things, but odds are you'll be so wowed by all the talent that you really won't care. With talent like this, vocals are rendered unnecessary.

Come for the singing, stay for Adam Levine. Let the marathoning commence!