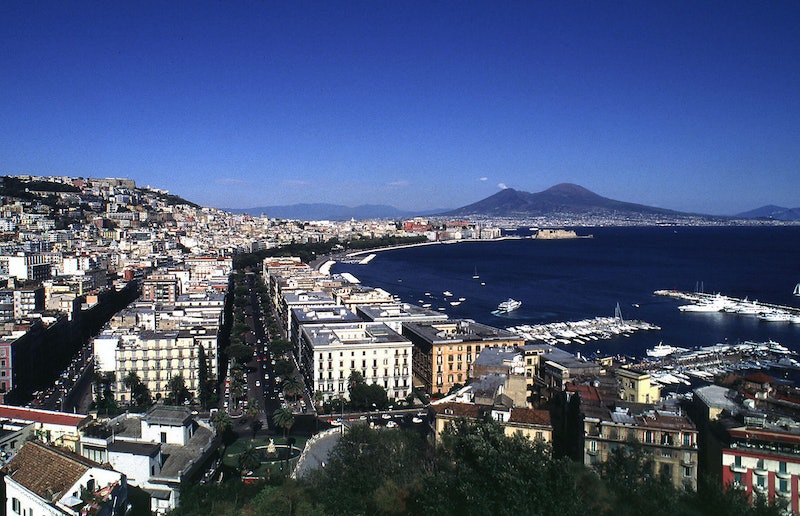 If you're a book nerd like I am, you're bound to have noticed the buzz surrounding the upcoming release of The Story of the Lost Child. It's an English translation of an award-nominated Italian novel, the fourth and final in pseudonymous author Elena Ferrante's popular Neapolitan series. But what are Elena Ferrante's Neapolitan Novels about? The short answer to that question is: they definitely don't tell the story of Neapolitan ice cream.

Following the success of three standalone books, Ferrante published My Brilliant Friend, the first of the Neapolitan Novels, in 2011. Since then, three sequels have followed in short order, with The Story of a New Name in 2012, Those Who Leave and Those Who Stay in 2013, and The Story of the Lost Child last year. If you're wondering why I referred to the fourth book as "upcoming" earlier, it's because Ferrante's novels take around one year to be translated and published in English.

The Neapolitan Novels — named for the city of Napoli, or Naples — follow best friends Elena and Lila, beginning with their childhood experience of growing up poor on the outskirts of the city. One marries as a teenager and becomes a mother, while the other goes away to college and — thanks to her literary success — starts to socialize with affluent intellectuals. The second novel finds the duo in their 20s, trying to cling to their friendship and failing miserably as their lives take them down separate paths. Those Who Leave and Those Who Stay follows the young women into their 30s, as political turmoil and the nascent women's liberation movement begin to shape their world. The fourth book in the franchise finds both women successful and reunited in Naples, but perhaps still unable to relate to each other.

Ferrante's four-book series is fiction about female friendship of the highest caliber, praised by Jhumpa Lahiri, Zadie Smith, and Elizabeth Strout for her intimate and authentic representations of the lifelong friendships we forge and maintain. That the Neapolitan author has managed to attain such success while concealing her identity for more than 20 years is a testament to her talent. Writing for The New York Times, Roxana Robinson called Ferrante "one of the great novelists of our time."