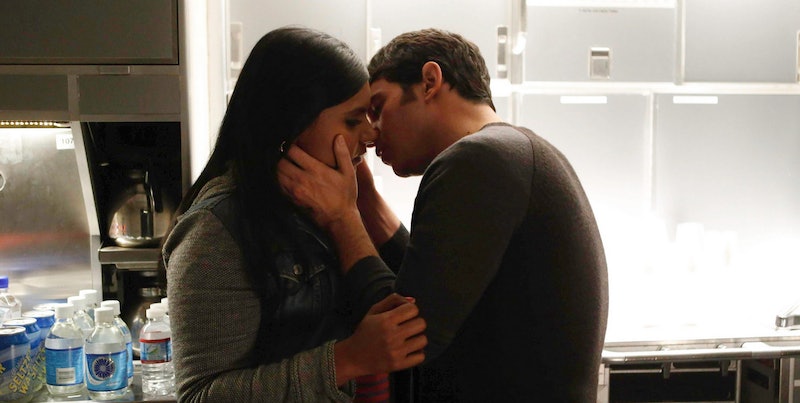 Though I hate to admit it, I spent a good chunk of time in my early teens daydreaming about boys. It wasn't entirely my fault; my hormones were raging, and I was addicted to teen dramas Dawson's Creek and One Tree Hill. Besides, I had a collection of teen films to match. I became obsessed with the romantic relationships in those films and shows, and there were so many moments that qualify as the best first kisses on TV and in movies that I kept track of them in my diary like they were happening to me. I hoped desperately that those type of kisses and romantic entanglements were in my future. In reality, my first kiss happen with a neighbor boy under a basketball hoop in a rushed frenzy Big Red gum and sweaty teen boy aroma.

I wouldn't change that epic memory for the world, but it's certainly not what I expected (or planned) to happen. Because of the wonderful world of film and television, I was certain that my foot would pop, or I would swoon, or any other number of magical things were going to happen. Instead, I'm certain I giggled, looked away bashfully, and ran home. Still, entertainment wouldn't be what it was without a bit of embellishment. Here are nine first kisses in films and on television that gave us all unrealistic first kiss goals.

Thankfully, I wasn't subjected to the humiliation of having my first kiss on display in a baseball stadium full of thousands of people. However, Josie and Sam made it look pretty magical. As far as first kisses go, that was a home run.

It's probably the rebel in me, but I love it when the bad boy gets the girl (or guy). After years of pining after Angel, Buffy finally gave in to her attraction to Spike. The duo were obviously doomed from the start, but it was pretty freakin' hot while it lasted.

If you ask me, Mia had a pretty epic life. First, she found out that she was a princess, and all of her first kisses were accompanied by an epic foot pop. I may have secretly tried to incorporate a foot pop into some kisses that I've had over the years, but I'll never admit it.

My BFF makes fun of me, but I watch Love, Actually every year during the holidays. Jamie and Aurelia's first kiss was so satisfying because it showed that love can transcend all barriers, including language.

To this day, the reunion kiss between Allie and Noah still leaves me fanning myself. The Notebook proves time and time again that first kisses with the same person can happen more than once.

Luckily my family didn't forget my 16th birthday. But, if they had, only a first kiss with a beautiful boy and a yummy cake would have made up for it. However, knowing me, the moment wouldn't have been as epic as Samantha and Jake in Sixteen Candles.

There are many amazing first kisses from Gilmore Girls, including Rory's first kisses with both Dean and Jess. But, in my opinion, the most epic first kiss award goes to Luke and Lorelei. They proved that, sometimes, love is closer than you think.

First of all, if you haven't been watching Outlander, stop everything you're doing right now and WATCH IT. After waiting for seven agonizing episodes, Jamie and Claire gave into their sizzling chemistry on their wedding night. The whole evening started with the hottest kiss ever, so maybe there is something to be said for patience.

When Danny and Mindy finally got together, they proved that romance doesn't need beautiful settings. Airplane bathrooms can be magical as long as the right person is with you.