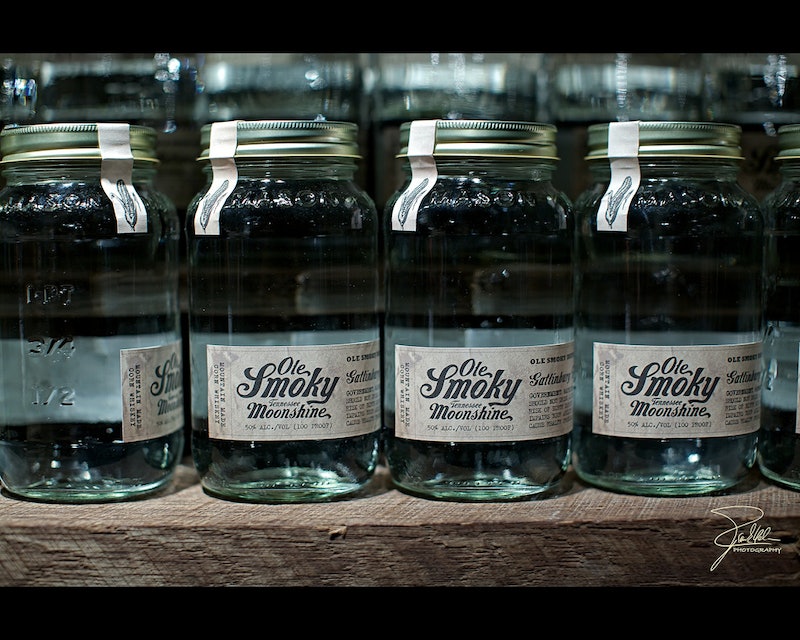 We all have our own little vices — but do some places have more unique ones than others? Apparently the answer is yes, because Foursquare's Vices Challenge not only calculated the most unique vice in each state, but moreover, it's daring us to play a wacky little quiz wherein players match each state with its vice. I'll be honest; I'm less interested in playing the game than I am in the data itself (that's just how I roll) — but either way, it's all kinds of fascinating. If you've ever wanted to know what dirty little secret your home state holds… well, now's the time to find out.

By “vice,” of course, what we mean is “guilty pleasure,” specifically of the gustatory variety: In a press release, Foursquare defined the term “loosely… as an alcoholic drink, fattening food, dessert, or boderline controversial preference.” As such, they may not be as risqué as you generally think of vices as being (sorry). Each vice also had to be comparatively popular, hyper-local, and “distinctive, fun, and intensely… satisfying, according to the Foursquare community.”

Foursquare's data scientists used an algorithm (this one, to be precise) to crunch the numbers for a whole bunch of data sets, from menus to ratings. After normalizing for size relative to each state, the scientists were able to determine what “the most unique tastes” were for all 50 states and Washington, D.C. Then, the editorial team picked out the top vice for each location — that is, the one that is “most special and unique.”

So, in no particular order, here are the 10 vices (and the states to which they belong) I find to be the most interesting, unique, delicious, or hilarious of the bunch; scroll down to take a look at the full interactive map by Mapbox, and head on over to Foursquare to play the quiz.

Not going to lie: This one is my favorite, because, well... moonshine. Tennessee natives crave it 662 percent more than any other state. Apparently the best place to get it (if, y'know, you're not the type to try making it in your bathtub) is Ole Smoky Moonshine Distillery in Gatlinburg.

And here, I shall reveal how patently unhip I am: I had to look up what a pickleback is. For those of you who are as unhip as I am, a pickleback involves chasing a shot of whiskey with a shot of pickle brine. I can only assume that this bizarre trend didn't kick up in earnest until after I moved out of the city, because in the entire decade I lived there — which included a lot of bar-going — I never once encountered the drink. New Yorkers are a whopping 3,173 percent fonder of picklebacks than the natives of any other state; the best place to get them is the Belfry in the East Village.

Here's another one I had to Google, although perhaps I can be forgiven this time, since I have never been to Kansas. Cheesy corn is pretty much what it sounds like — creamed corn with cheese in it — and even though it sounds a little odd to my unaccustomed ear, it's common knowledge that cheese makes everything better; as such, I'm willing to give it the benefit of the doubt. It's favored 926 percent more in Kansas than in any other state. Head to Fiorella's Jack Stack Barecue in Overland Park to get it.

What's this? The land of coffee snobbery prefers drip coffee? Whatever happened to all that fancy French press, pour over, and cold brew coffee? You'll excuse me if I think this one is just a tiny bit hilarious. Washingtonians love drip coffee 656 percent more than anyone else, and Seattle Coffee Works in (where else?) Seattle apparently has the best stuff around.

Margaritas popped up in a few places — Arizona, for example, is big on prickly pear margaritas (which, to be fair, are delicious) — but I kind of love the fact that in Virginia, it's specifically gigantic margaritas that win out (by 452 percent, no less). Folks like to go to El Rodeo in Blacksburg to get their oversized tequila fix.

Personally, I'm one of those people who thinks the words “cream cheese” and “wontons” should never occur in the same sentence — but Minnesota does not agree with me. At all. By 984 percent. They love their cream cheese wontons there, with Lotus Restaurant in Minneapolis being a favorite spot. You do you, Minnesota.

Of course. The Land of Legal Marijuana loves the stuff 1125 percent more than any other state, with Sweet Leaf in Denver being the dispensary of choice.

I love a good Mudslide — it's basically boozy chocolate milk — but I'm kind of surprised they're so popular in Rhode Island. Ah well; shows how much I know, right? The percentage by which they crave it there isn't super high (just 216 percent), though, so at least there's that. The best of the best can apparently be found at the Oar Restaurant in Block Island.

Heck. Yes. Missouri is the home of gooey butter cake, so it would make sense that it's the state's top vice; they crave it 2,774 percent more than any other state does. Get your fix at St. Louis' Park Avenue Coffee.

Aaaaaaaand now I want some gooey butter cake myself. What to do, what to do…

As far as I can tell, “fry sauce” is basically Thousand Island dressing, although with fewer bells and whistles (traditionally just mayo and ketchup, without the eight million other things that go into Thousand Island). In any event, it's top in Utah, where they crave it 1,049 percent more than the rest of the country; head to JCW's in Lehi for the best fry sauce around.

Here's that map. Have fun!