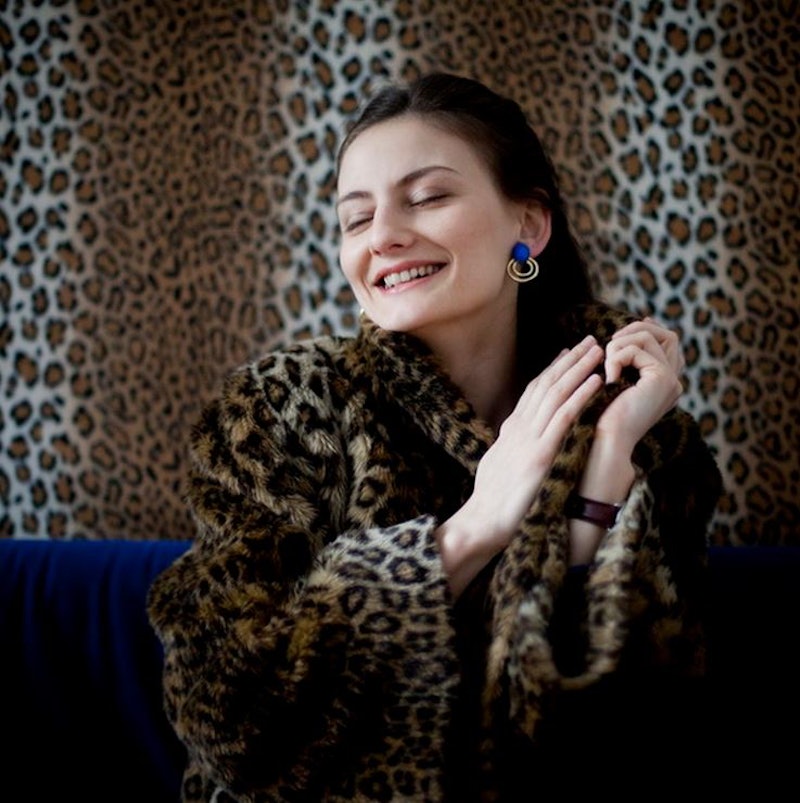 Catana, who was born in Romania, shot the series in Berlin. Every single sitting for it began with one seemingly simple question: "What is guilty pleasure?" The Oxford Dictionaries describe the phrase in terms of media, naming it “something, such as a movie, television program, or a piece of music, that one enjoys despite feeling that it is not generally held in high regard.” Merriam-Webster, on the other hand, defines it in slightly broader terms: “Something pleasurable that induces usually a minor feeling of guilt.” But as Catana's photo series demonstrates, guilty pleasures are not necessarily about television or music, and the feelings they induce aren't always minor.

“People can feel guilty for different reasons: For spending too much money on something, too much time wasted, or [something] not healthy for their bodies,” writes the photographer on her website. “The 'guilt' involved can also be sometimes simply fear of others discovering one's lowbrow or otherwise embarrassing tastes.”

Guilty pleasure: Self painting. "I feel guilty because it might be weird for others."

The guilty pleasures of Catana's subjects range from the relatively benign to the somewhat destructive. Sometimes their practitioners feel guilty about them because they're unusual or outside the norm; other times, it's because they know they're bad for them. Many of them, I would argue, are things that no one should have to feel guilty for enjoying: Leopard print, body painting, wearing gender non-conforming clothing, showing your pride in your culture and who you are.

Guilty pleasure: Smoking. "I feel guilty because I spend money and it’s not healthy."

Guilty pleasure: Wearing makeup and women clothes. "I feel guilty because of my womanhood."

But what all of the photographs in the series have in common is this: Their subjects are extraordinarily brave. As Kayla Chobotiuk of Feature Shot noted, “It's easy to pass judgment on these people for engaging in such frivolous or strange habits. [But] there aren't many people out there willing to show off what they secretly indulge in. That is, after all, why they call it a 'guilty pleasure.'”

Guilty pleasure: African clothes. "I feel guilty because I don’t feel comfortable to wear them here, in Germany, outside of my house."

Check out the full "Guilty Pleasures" series at Catana's website. What's your own guilty pleasure?