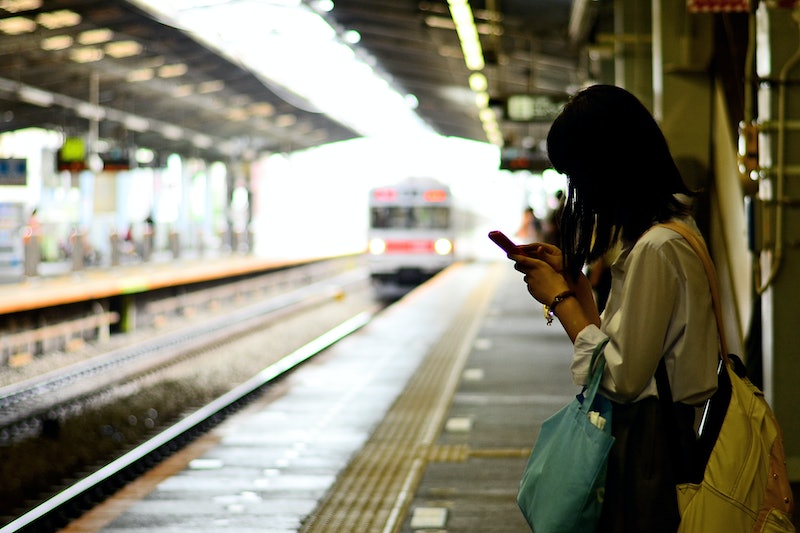 Is there any way for women not to receive harassment on the Internet? Although the solution should be simple – just stop harassing people, harassers – the problem remains with a frustrating degree of persistence. To fight it, though, the Instagram account Feminist_Tinder is posting all the negative responses its founder has gotten from men for calling herself a feminist in her Tinder bio. Feminist_Tinder joins a long line of ladies who have publicized the nasty comments they've gotten on dating sites, and similarly to these previous projects, the comments range from hilariously dumb to the downright upsetting.

Sadly, it's not exactly breaking news that a woman who calls herself a feminist online will get harassment – it's frustratingly an entirely predictable response. After all, gaming journalists, humor writers, celebrities – they all endure the unwanted comments of asshole men in possession of a keyboard and a few opinions. The Instagram'ed responses read like a misogynist Bingo card, including men who call themselves "meninists," point to Hillary Clinton as a sign that sexism is over (lol), or criticize her for not getting their brilliant sexist jokes. (And, and in case you got the idea that these jerks happened to be racial rights advocates – nope! They're racist, too!). It's one of those things that makes you want to swear off dating forever and join some sort of feminist commune in the desert instead. (I'm imagining that this exists. Please tell me this exists.)

Here's just a taste of the obnoxious responses:

However, she has a point: this doesn't mean you shouldn't say you're a feminist in your Twitter profile! As Feminist_Tinder demonstrates, doing so actually helps to filter out misogynists quickly, making this – dare I say? – a life hack. So, in celebration of that fact, here are a few more ways to weed out douchebags when you're looking for some app-assisted boning:

Geek misogynists (oh, there are quite a few of those) hate the idea that women like GUY THINGS like Star Wars, video games, and comic books, because they genuinely think that being a nerd means they're oppressed by beautiful women. If you're into fun things that everyone likes and no one actually thinks is weird (like... well, Star Wars, video games, and comic books), be sure to mention it right next to a bell hooks quote.

Note: This isn't to say that all geeks are misogynsts; on the contrary, many are not. As such, this online dating hack pulls double-duty: It'll weed out the geek mysoginsts you don't want to date, while also identifying the lovely, friendly, nice geeks you do want to date. Everyone wins!

By which I mean, straight-up brag. You won an award at work? Got retweeted by Lady Gaga? Went to Harvard? Mention that! Normally, I'd say bragging is rude and obnoxious, but dating profiles are supposed to be all about yourself, anyway – and there's no better sign of a genuinely good guy than one who's OK with women being better at him at Skeeball (for instance) (true story from my life).

3. Don't Respond for a While

It's easy: Many asshole dudes will continue to pester you and call you names long after it's clear that you're not interested. Good guys will get the the hint and leave you alone, letting you reach out on your own terms. On second thought, this might be an insane level of social engineering, but it's astonishing how many men are offended by women who choose not to acknowledge them.

4. Make "Whether or Not You Agree With Her Policies, Don't You Think Hillary Clinton Gets a Lot of Sexism Thrown Her Way?" Your Opening Line

5. Have a Picture of Yourself Reading Not That Kind of Girl

I am not really familiar with Lena Dunham's work or writing and I have no idea if it's any good. However, men on the Internet really seem to have STRONG OPINIONS about her, so use that to your advantage, maybe?

More like this
What Is "The Ick?" The TikTok Dating Term, Explained
By Courtney Young
How To Fight For Reproductive Rights, Based On How Much Time You Have
By Courtney Young
Sandra Bullock, Girlboss Extraordinaire
By Matt Harkins & Viviana Olen
Are Gemini & Capricorn Compatible In A Relationship?
By Kristine Fellizar
Get Even More From Bustle — Sign Up For The Newsletter