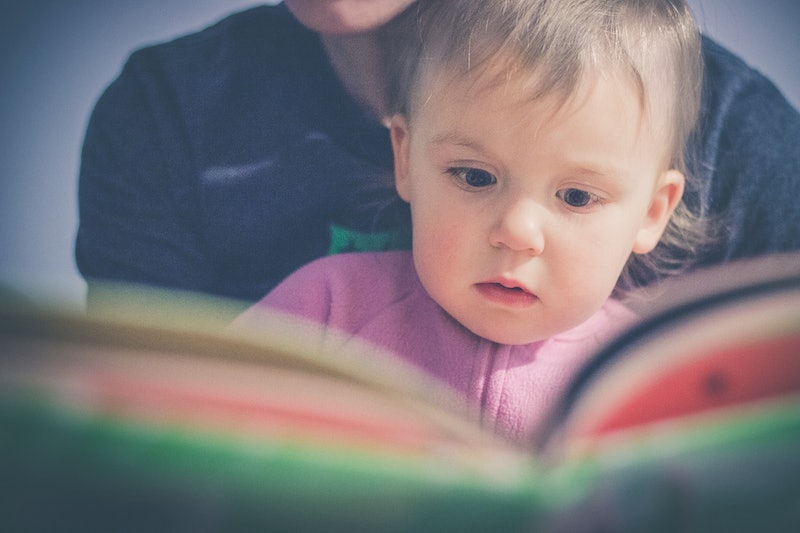 Two things that don't seem to go together? Children and Burning Man. But photographer Peter Armenia feels otherwise, and he's putting together a book to prove it. Burning Man: The World's Largest Playground will be the first kids' book about Burning Man, the infamous week-long festival in the Nevada desert.

Armenia has been attending the festival since 2008 (he and his wife even got married there!) and, as a professional photographer, has been documenting it for almost as long. He's collected and captioned some of those photos to make The World's Largest Playground.

As ridiculous as this book may sound, Armenia seems both aware of how outsiders will view the project and passionate about changing those perceptions. On the book's Kickstarter page, Armenia acknowledges the challenges of convincing people that Burning Man is an appropriate topic for a children's book, but writes, "This will be an opportunity to present the whole of Burning Man culture to those who think it's merely a drunken, sex-crazed, drug fest in the desert. If you have been there you know, that's not the Burning Man we experience. Well ok, not usually..."

Armenia pointed out to DNA Info that children are actually welcomed at Burning Man — there's even a specific "Kidsville Camp." "There's drugs, if people want to do that... and there's sex and wacky stuff, all that's there," he said. "But like any vibrant city, it's behind closed doors." He and his wife are planning to take their own daughter, Veronica, to the festival for the first time this year.

The book's Kickstarter is getting close to fully funded, so it seems fairly likely that the book will become a reality. If this news has you clutching your pearls, I get it, but given the quality of Armenia's photos I find myself weirdly intrigued. Nonetheless, here are four things that probably should NOT be included in his book:

The Black Rock Desert is currently infested with stink bugs. They are everywhere, including in people's bras and their teeth. The pictures are enough to give me nightmares — I wouldn't wish them on even the most precocious child.

The one problem with letting a bunch of people play around with heavy machinery and drive around without any roads is that it can easily result in injuries and, in a few cases, death.

Nobody wants a replay of that scene in Slouching Towards Bethlehem in which Joan Didion finds a pre-schooler tripping acid given to her by her parents.

More like this
Alan Rickman's Diary Reveals Why He Considered Leaving 'Harry Potter'
By Darshita Goyal
Read The First Pages Of Emma Rosenblum’s Highly Anticipated Debut, 'Bad Summer People'
By Samantha Leach
Romance Authors Are Mobilizing For Reproductive Rights
By Natalia Perez-Gonzalez
What Is A "Hot Girl Book" & Why Is Everyone Talking About Them?
By Samantha Leach
Get Even More From Bustle — Sign Up For The Newsletter