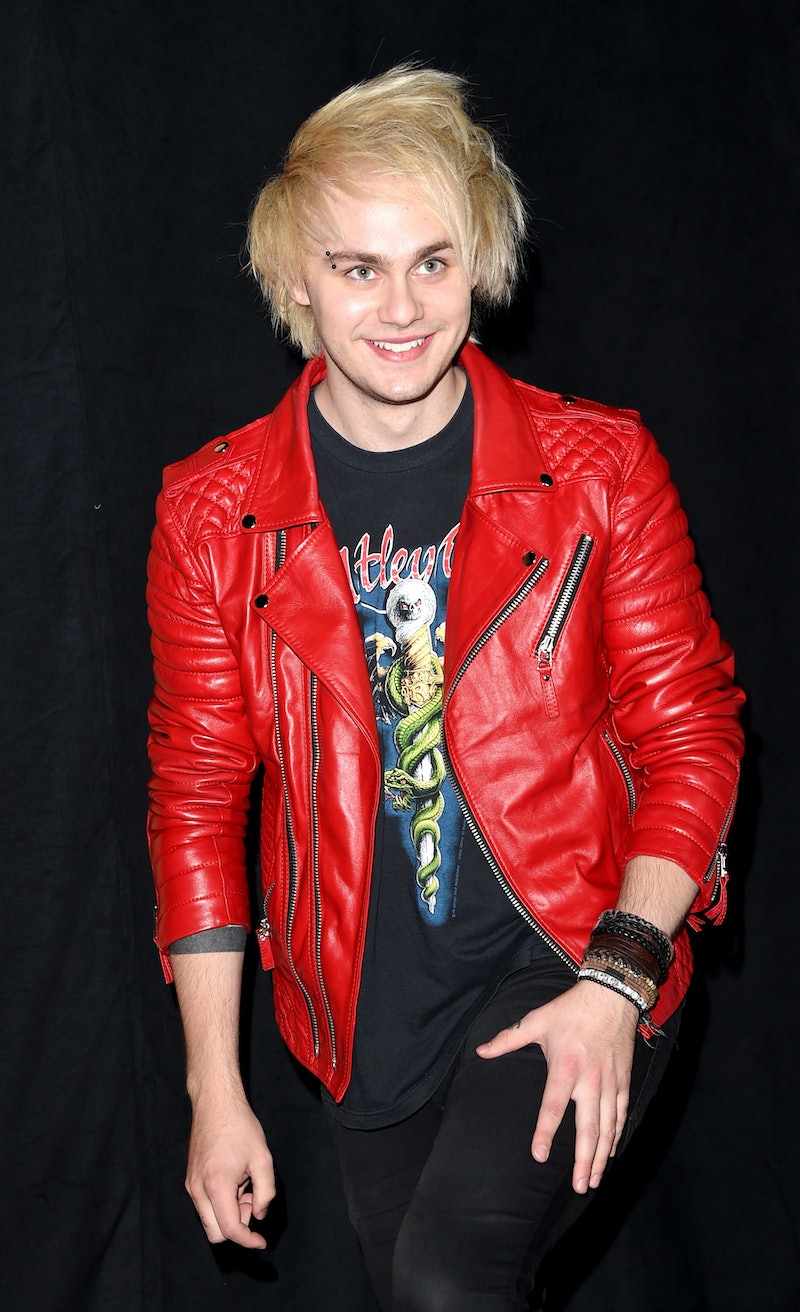 Michael Clifford is pretty much a permanent ray of sunshine in 5 Seconds of Summer, and that's not just because his ever-changing hair could be any color of the rainbow at any given moment in time. I mean, even after he caught on fire mid-5SOS performance, the guitarist shared a picture of himself smiling and giving a thumbs-up, with half his face covered in bandages. But it's important to know that just because he looks all happy-go-lucky on the outside, that doesn't mean that matches what's going on on the inside. In fact, Michael Clifford revealed his mental health struggles at the band's Detroit show on Wednesday night, telling a packed stadium of fans that he recently saw a therapist to deal with some issues.

"I was fixing some problems with my mental health," Clifford announced during the concert. "I just saw a therapist real quick on the break we had."

Though his revelation was brief, the impact that it had — and undoubtedly will continue to have — is not. Almost immediately after video of the musician's speech emerged online, the hashtag "#WeLoveYouMichael" began trending on Twitter, with countless members of the 5SOS fam showing their support for Clifford.

It's obviously flat-out inspirational that fans (and even members of other fandoms) were so quick to envelop their fave in what was basically a giant Internet hug, praising Clifford for being so honest and brave and willing to help him out however they could. But what may be even more important, in my opinion, is that Clifford made this announcement in the first place. His personal life is as private as it can be for being a member in one of the hottest bands around right now, but by choosing to share with fans that he saw a therapist and is dealing with his own issues not only humanizes him, it also humanizes the entire concept of mental health and mental illness. And by joining the ranks of stars like Demi Lovato and Jared Padalecki (both of whom have openly spoken about their battles with mental health), Clifford is helping to get rid of the stigma surrounding mental health struggles and even seeing a therapist. (And maybe not-so-coincidentally, the band even sings about seeing a "shrink" on their new single, "She's Kinda Hot.")

Fandoms on Tumblr often are a great support for fans dealing with depression, so it's totally realistic that there are 5SOS diehards out there dealing with mental health issues of their own. And the fact that Clifford so openly discussed his own struggles with mental health and the steps he's taken to improve himself — that's immense to fans. I mean, potentially life-saving immense. It's clear by the fans' top trending hashtag alone that his words have an impact, so it's truly incredible to think that by being so open and honest, Michael Clifford is potentially helping other people come to terms with their own issues and seek the kind of help that they need. It's truly inspirational.