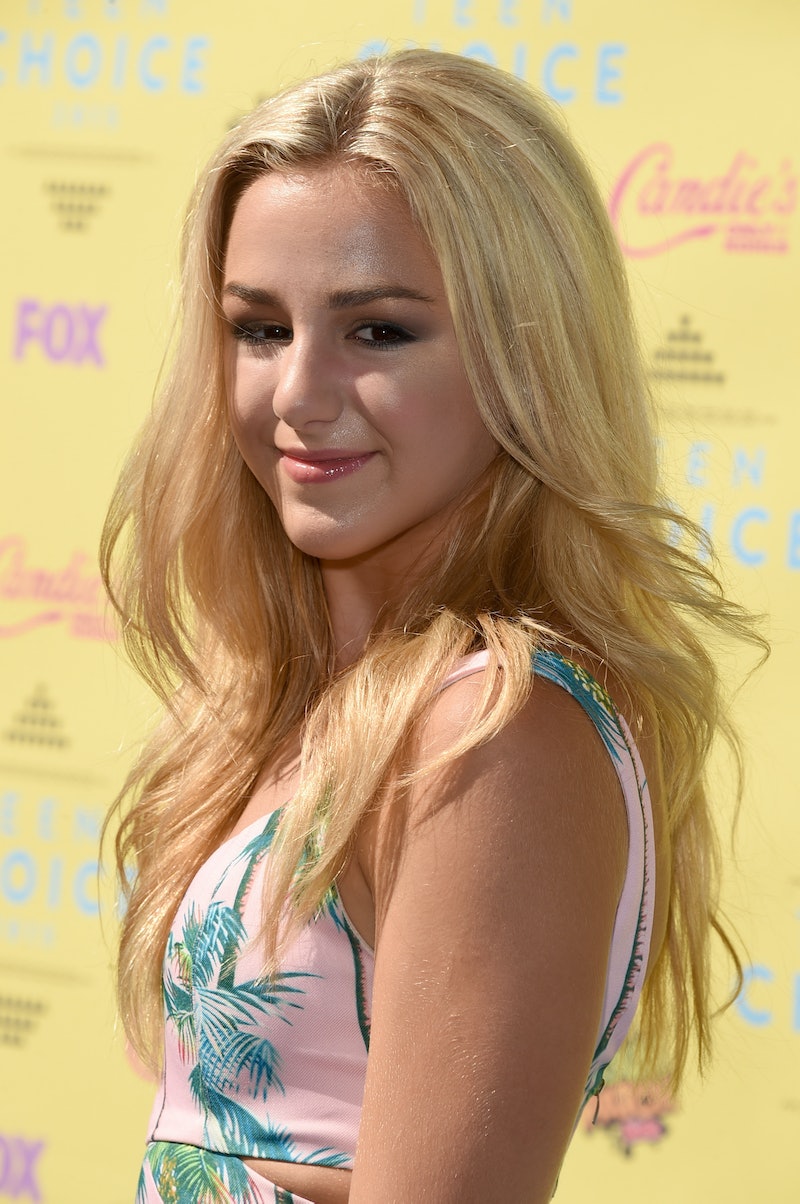 My favorite Dance Moms star is growing up so fast! In addition to having a banner year professionally, Chloe Lukasiak is dating Disney Channel star Ricky Garcia, and let me tell you — they couldn't possibly be any cuter together. “We met at the radio Disney music awards,” she told OK Magazine. “One of my acting coaches is his acting coach so she kind of introduced us. I see him a lot whenever I go to Los Angeles.” And Chloe fans, don't worry — we can all rest assured that he knows just how lucky he is to be dating to be dating such a special girl. Garcia's Twitter and Instagram accounts show how proud and supportive he is of his new girlfriend. He encouraged all his fans to cast their Teen Choice Awards "Choice Dancer" votes for Chloe, was elated when she won, and he looks forward to each and every date night together.

Like Chloe, Garcia is no stranger to the spotlight so it seems like the pair share a mutual understanding of both the pressures and joys of being young and famous. The 16-year-old actor and singer currently stars on Disney Channel's Best Friends Whenever, and he's a lead singer for the boy band Forever In Your Mind. Garcia resides in Los Angeles, and, although Chloe's primary residence is still Pennsylvania, it looks like her budding career will continue to bring her to L.A. often.

Here are some highlights from Garcia's Twitter and Instagram accounts that show just how smitten he is:

When He Missed Her So Much During Her Australia Trip

He Reminisced About Their Fun Times While She Was Away

Ricky is so supportive and proud of Chloe's career, and it's adorable.

He Loves Every Moment They Spend Together

And He Gets So Excited For Their Date Nights

Chloe and Ricky double date with their friends. It's great to see them living like typical teens despite their fame.

And, he knows just how incredible his girlfriend is.

He Celebrates National Girlfriend Day, Too

I didn't even know that was a holiday... and apparently neither did any of my former boyfriends. Just sayin'.

He Just Can't Even!

Even when they're not together, he can't resist posting photos of Chloe.

Ricky Was So Excited To Be Chloe's Teen Choice Awards Date

And, He Was Even More Excited When She Won "Choice Dancer"

He Retweeted This Adorable Photo Taken Right After Her Win

So, my next question is, does he have the approval of Chloe's mom, Christi? As we saw on Dance Moms, she's fiercely protective of her daughter. The answer is yes, so we can rest assured that Ricky is just as sweet in real life as he is on social media. Christi recently posted this on Instagram:

The 'ship even has a nickname, so you know they're the real deal. So now I'm not only #TeamChloe, but I'm also #TeamClicky. Even more importantly, I'm so happy that Chloe is having such a wonderful year both personally and professionally. She had a rough few years at the ALDC, but Chloe's found the happiness and success that she deserves, and it's wonderful to see that sweet smile again!