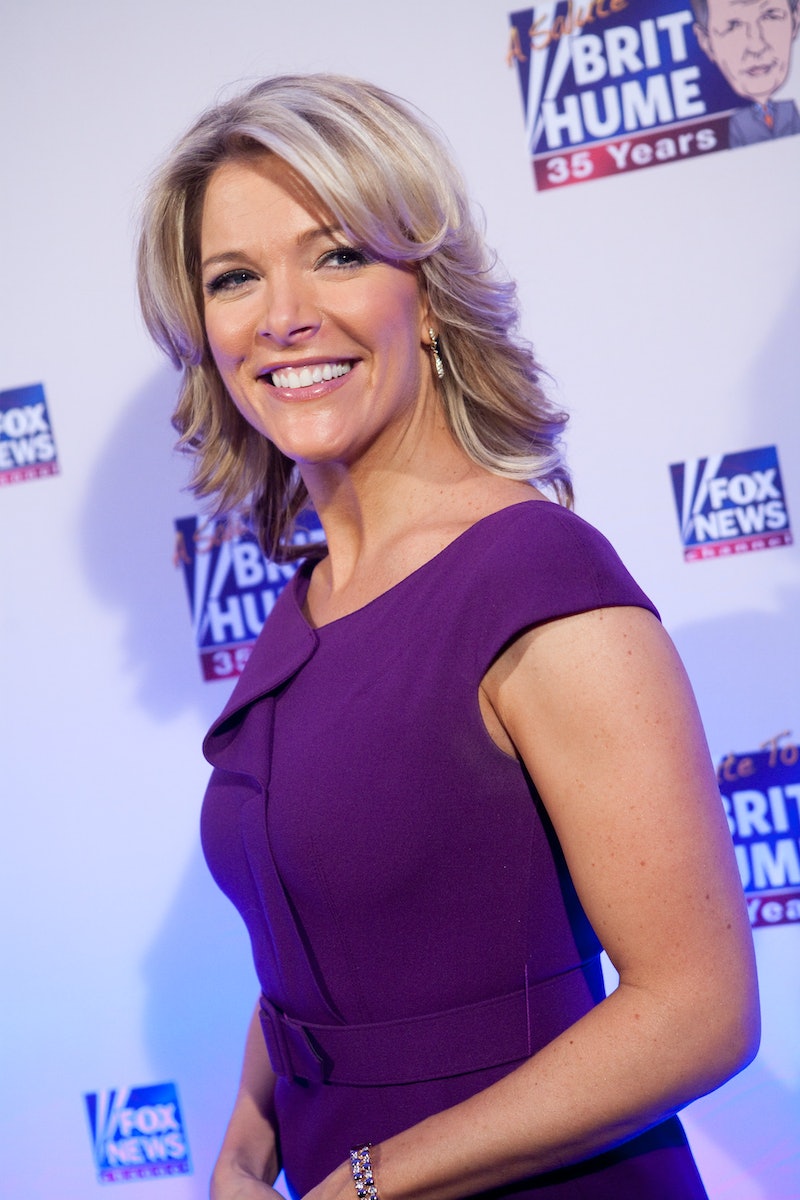 Shannon Bream will no longer greet The Kelly File viewers on the show's next episode. Megyn Kelly is returning to Fox News on Monday after a week and a half long vacation spent with her family. Her vacation surprisingly prompted speculation that she'd taken the time off in response to Republican presidential candidate Donald Trump's sexist comments made towards her following the GOP debate, and some thought she wouldn't be returning on air at all. Kelly will indeed be back on Aug. 24 to host Monday's episode of her eponymous show. To prepare yourself for her return, check out these old videos of Megyn Kelly's finest and earliest moments.

Kelly's first foray into journalism actually came about after a decade-long career as a lawyer, working as a corporate litigator for nine of those years. She told Business Insider in June that she grew tired of the profession, yet still wanted a job that challenged her skills:

I started off as a lawyer for almost a decade before I decided I was completely burned out. When choosing a new profession, I just said to myself: "What can I do that would utilize some of these skills, but that I would enjoy a little more and will also be fun and still intellectually stimulating?" And this was an obvious choice.

The journalist's sharp statements and wit have extended to a whole host of feminist issues, including calling out presidential candidates for their sexism and raising awareness of society's changing shift towards gender equality. Given her jettison into the spotlight following the GOP debate as well as her consistently solid ratings, viewers are undoubtedly eager to see the Kelly File host back on the air. Here's a few of her past videos.

During the 2012 presidential election, Kelly questioned Fox News analyst Karl Rove following some shaky numbers that he reported as votes were beginning to be counted. "Is this just math that you do as a Republican to make yourself feel better?" Kelly asked, delighting former Daily Show host Jon Stewart.

Kelly's had a lot of brilliant moments on air, making her mark in 2011 when she confronted conservative radio host Mike Gallagher. Gallagher questioned her maternity leave, describing the leave as a "racket." She handily shut down his comments and raised awareness about the country's lack of paid maternity leave.

Prior to joining Fox News, Kelly was a field reporter with the Washington, D.C. ABC affiliate WJLA. She was initially known as Megyn Kendall and cut her teeth reporting on items such as Forest Park High School prom ticket sales. The description of the video includes the hashtag "everyone has to start somewhere."

Kelly slammed two of her colleagues for their statements on how breadwinning women can be "harmful" to children. When Lou Dobbs sarcastically refers to her as "Oh dominant one," she is obviously less than pleased, and takes him and Erick Erickson of RedState down with ease.

Unfortunately, we do need to remember not all of Kelly's on-air moments are spectacular. In 2013, there was a lot of controversy over her comments as she proclaimed that Santa and Jesus were obviously white and that it was a "verifiable" fact, discounting that kids who are not white might picture Santa a little differently, and also ignoring the fact that Jesus was from the Middle East.

Kelly aired this demo reel of a ton of her past appearances that apparently landed her the anchor gig at Fox News to begin with.