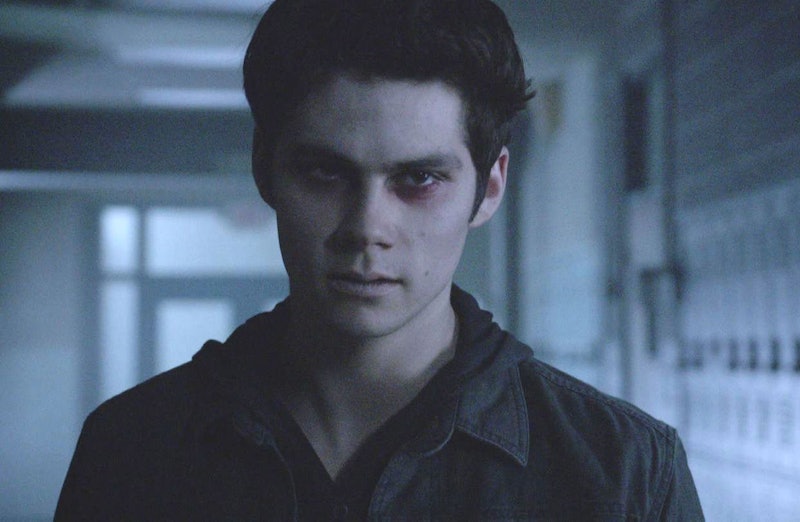 Kanimas, werewolf hunters, Kate Argent's return, the Benefactor, The Mute, the Alpha pack, the Darach and many other villains have made their way to Beacon Hills, but none have been as fascinating and heartbreaking as the creation of Void Stiles from Teen Wolf Season 3B. Luckily, he has been back to normal for a while now and currently in Season 5 is trying to help figure out the purpose of the Dread Doctors, as well as unmask Theo's nefarious plans to Scott. But in a new promo for the Teen Wolf Season 5 summer finale, Theo says something interesting regarding Scott's pack and Stiles in particular. He says he came for them all to be in his pack, including "Void Stiles." Could Theo and the Dread Doctors have a way of bringing the void back to Stiles once again?

When Stiles became possessed with a dark trickster spirit — aka the Nogitsune — after immersing himself in water to find the Nemeton tree, he turned into a truly formidable villain who was easily willing to kill and bring destruction to Scott McCall and his pack. It seemed in the Season 3 finale that Stiles was back to his normal self, after Scott helped save him from the Nogitsune who possessed him. But there has to be a reason Theo brought Void Stiles up. How does he even know about Void Stiles? Did the Dread Doctors do something to Stiles in the past that allowed him to become more susceptible to the darkness of the Nogitsune from the last time they were in Beacon Hills?

If the Teen Wolf writers could actually find a way to tie these seasons together and form some kind of storyline for Stiles that resurrects the void within him once again, it could be a fascinating turn for the show. We can safely assume, I think, that the actual Nogitsune who possessed Stiles is gone for good. But we have been seeing Stiles' temper increase quite a bit this season, as has his confidence in his pack and his best friend. He's shown quite a bit of anger towards Theo and he's taken it out on his jeep (R.I.P. Roscoe). He's not the same Stiles we fell in love with in earlier seasons of Teen Wolf. Ever since his experience as Void Stiles, he's been different. Perhaps that's because a piece of that personality never left him.

Since we know that the Dread Doctors have made insane chimeras with various types of supernatural abilities — Donovan's hand-mouth thing was especially gross and terrifying — it's entirely plausible that they could take certain elements of the Nogitsune and use it to create a chimera with the Nogitsune's anger and penchant for chaos. But they would have probably needed someone possessed by the trickster in order to do a little experimentation. Perhaps Stiles was that person. This mat seem like an unlikely theory, but Theo saying he came for Void Stiles must be significant. This is Teen Wolf — everything means something. Perhaps Theo's words could be a hint that we'll be seeing an even darker Stiles when Teen Wolf returns for Season 5B.