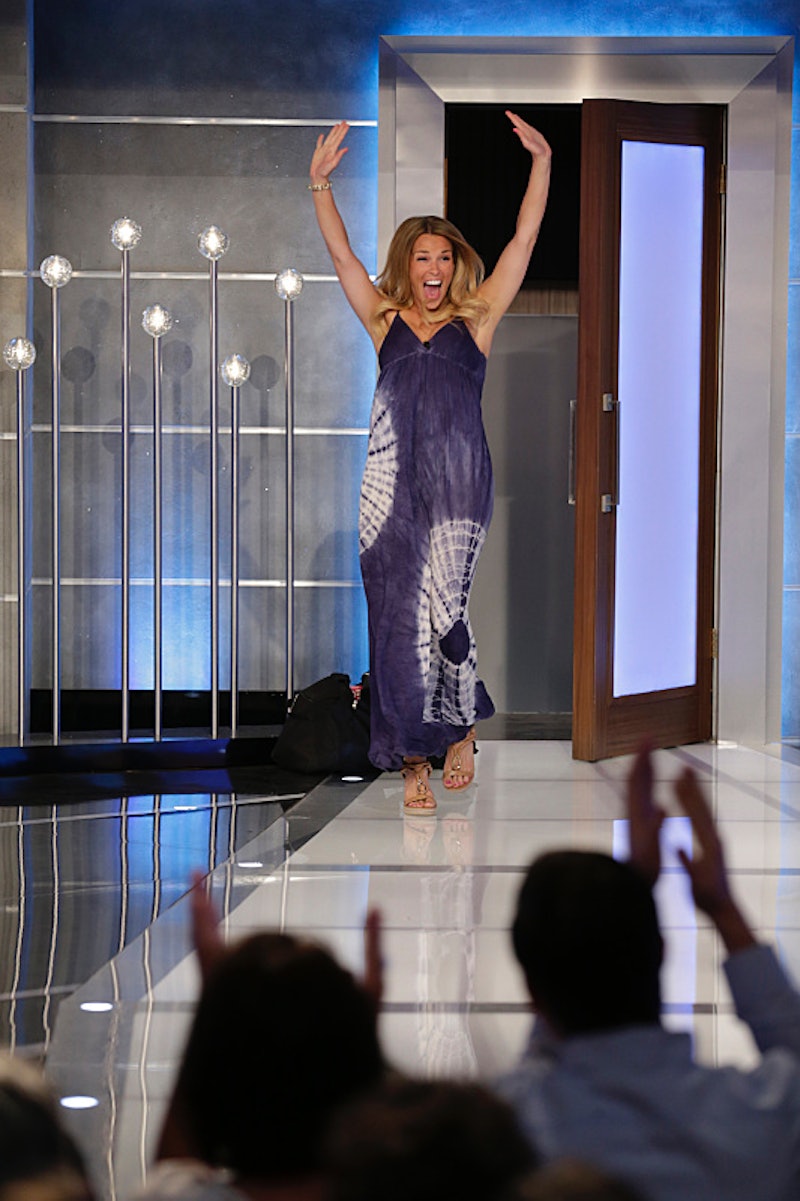 She walked out of the house with her head held high when Shelli was eliminated on Big Brother on Day 57. But, when she sat down with Julie Chen for her post-eviction interview, she said that she hoped her boy “Stevie” took it all the way to the end. Was I the only one who was like, “Wait. Hold up. What? Why is Shelli hoping Steve will win?” Why, when she has almost every single member of her Sixth Sense alliance still in the house — Austin, Liz, Julia, and Vanessa — is she rooting for a guy she only seemed to become friends with during her last few days in the house? Well, I have a couple theories.

The first, of course, is anger. It seems to happen every week. Without fail, the houseguest that is eliminated automatically hates the people who were working with her up until that point. I mean, it’s kind of reasonable. Chances are, if they're the ones getting evicted, the people they was working with turned on them to get them out of the house. And that is what happened with Shelli’s Sixth Sense alliance members. They were the people who voted her out. So it makes sense that she wouldn’t be hoping for them to win. They totally stabbed her in the back.

The second theory is that Shelli had been apart of the Sixth Sense alliance all along just to play the game and protect herself, but was never really loyal to those players. I’m more inclined to go with this theory, because Shelli’s game always seemed right below the surface to me. All of that crying? All of that, “I care so much about all y’all?” That always seemed strategic to me. I think she wanted everyone in the house, at home, and in the Jury to think that she was a sweetie so that she could win it in the end or win America’s vote if it came down to that. She’s a whip smart player, and all of those moves seemed to anticipate making it all the way to the end.

Which means, if that is the case, that Shelli never had any real allegiance to anyone other than Clay in the Big Brother house. When it comes down to who she wants to win, it doesn’t have anything to do with who she was aligned with, and instead has everything to do with whose game she respects the most. And you have to hand it to Steve; he’s playing a really smart, really respectable game. One based on keeping to himself and playing on his own — two strategies Shelli definitely could have used more of in her game play.