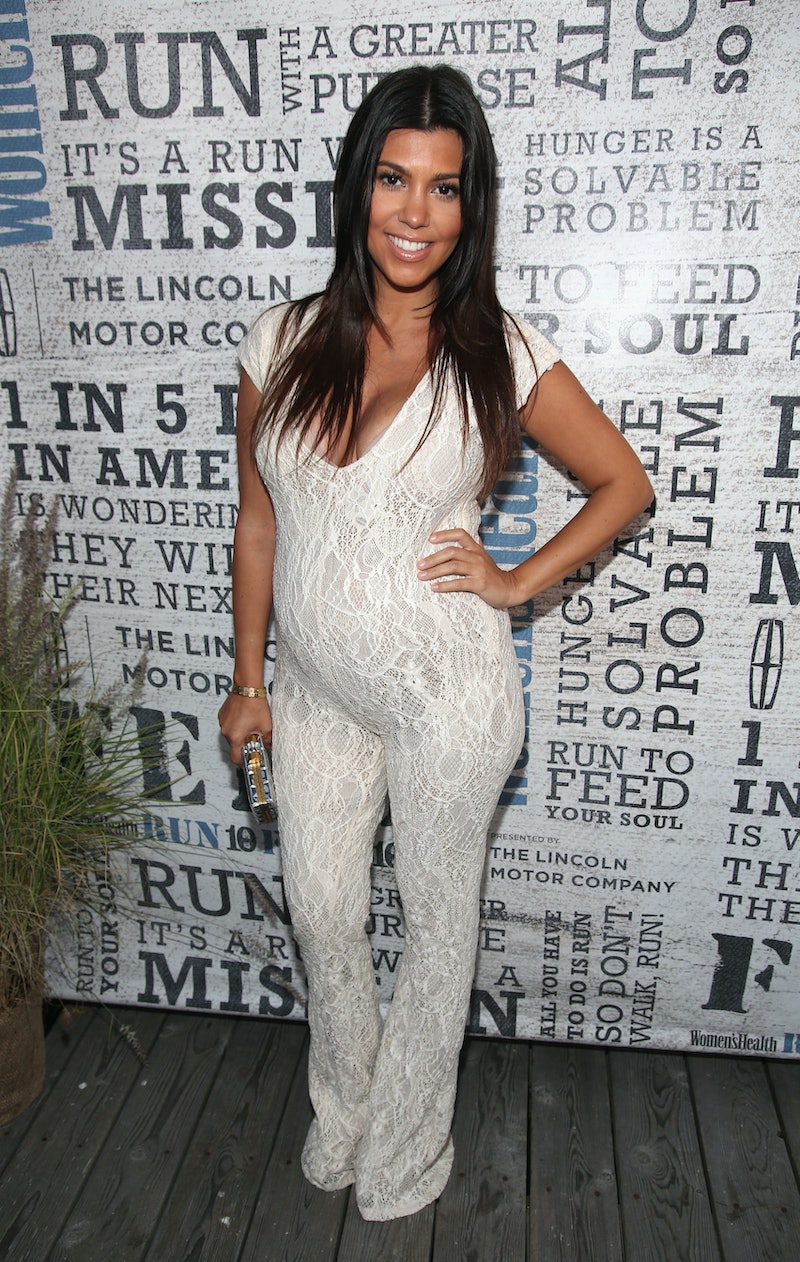 It has been nearly two months since Kourtney Kardashian finally kicked Scott Disick to the curb, and it seems like this time it's actually the end of their nine-year on-and-off romance. Disick himself gained a cult following for his over-the-top love for everything lavish (hence, "Lord Disick"), but almost anyone could agree that he was seriously lacking in the boyfriend department. I had little patience for the dude, and I am happy Kardashian seems to have come to her senses — and it seems she's not afraid to express herself when it comes to that decision. On Aug. 24, Kourtney Kardashian posted a quote on her Instagram by Albert Einstein, and judging by its content, it might be a little dig at her ex.

Since social media has made it oh so easy to post sly passive aggressive messages to exes and friends, it only makes sense that Kardashian would use her accounts to throw out some hints on her life post-Disick. After all, if he's out partying and promoting Las Vegas appearances, she has every right to show how fabulous her life has been, right? Here are some of the times Kardashian has used social media to hint that she is well on her way to a better life without Scott Disick.

Anyone who's seen KUWTK can see the connection here.

2. When She Looked To A TED Talk For Inspiration

She tweeted a video titled, "The Power of Vulnerability." If I had to guess, I'd say her girlfriends totally sent this to her to keep her strong.

3. When She Posted A Clear Warning

4. That Time She Felt Good About A Decision

Hmm. I wonder what (or who) she could be talking about here?

5. When She Felt #Blessed

It's all going to work out, Kourt!

If you haven't watched the movie, let's just say Matt Damon played a really creepy dude that got by using forgery, lies, and impersonation.

7. When She Was Positive About The Future

Kardashian is going through a tough time in her life, but I think she's going to be alright. She's got her kids and her family by her side.