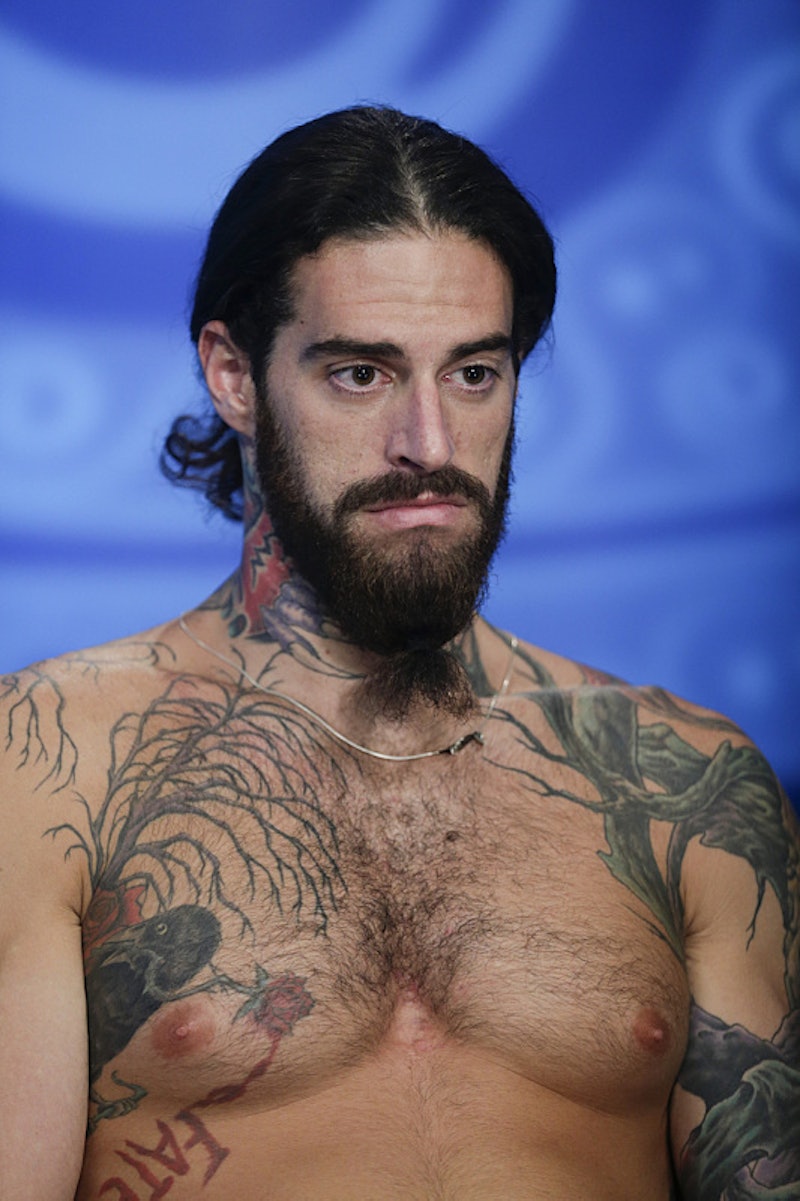 In case you missed it, the biggest showmance news in Big Brother 17 history happened recently. And, no, I’m not talking about what happened under the sheets in the HoH room last week. Austin and Liz are officially a couple, which means their nomance has been very quickly upgraded to a legit showmance. But, before we break out the champagne and romantic candlelight, can we talk for a minute about what this means for Austin’s girlfriend? No, not Liz. His other girlfriend. You know, the one who came into the house claiming to have before he fell madly in love with Liz?

For a while there, I was trying to be cool with this whole pursuing Liz while maintaining a relationship on the outside thing. I’m a pretty traditional person, but I understand that there are plenty of people who are not. I assumed what Austin had with his girlfriend — his original girlfriend — was an open relationship. I assumed he was allowed to, based on strategy and game play or romantic inclination, pursue a showmance if he felt pulled to or if it in some way helped his game. He seems like a guy who has a lot of love to give, so maybe that’s what works in their relationship.

But when Austin asked Liz to be his girlfriend during a romantic HoH date night dinner, I swear I heard the sound of a record scratching in my head. Wait. What?

Thankfully Liz had enough wherewithal in that moment to ask Austin about his other girlfriend, and whether they should wait until he clarifies things with her before starting anything official with each other. But Austin said it was fine, because he officially broke up with his other girlfriend when he and Liz first kissed. Ummmmmm. I'mma need a minute here.

Because, instead of wanting to reach into that television and strangle Austin in the name of every betrayed woman ever, I’m trying so hard to think of some other arrangement he and his first girlfriend might have that would actually allow for that sort of thing. Like, maybe they made this exact agreement? Maybe they agreed that, if Austin kissed another girl, that would signal that their relationship was over, and that he was really serious about whatever showmance he had formed? Maybe they agreed that this kiss would be the clue that it was really over between the two of them?

OK. Sure. Maybe. Except, who in their right mind would agree to that? I can’t imagine a single person — man or woman — who would honestly be like, “Sure, honey. Have fun in that house for three months. Oh, and if you meet someone and fall in love, just signal to me with a raunchy kiss that it’s over between us, mmk?” No one would do that because it is downright awful. But, unless Austin had this specific agreement with his first girlfriend, he was still dating her when he asked Liz to be his girlfriend.

Kissing another girl in front of millions of voyeuristic fans is no way to break up with a woman in a way that both honors your previous relationship and the woman you were in it with. But is Austin actually cheating on his first girlfriend? I’m going to go with no. Only because there’s no way that his girlfriend would still have any feelings about wanting to be with a guy like that.