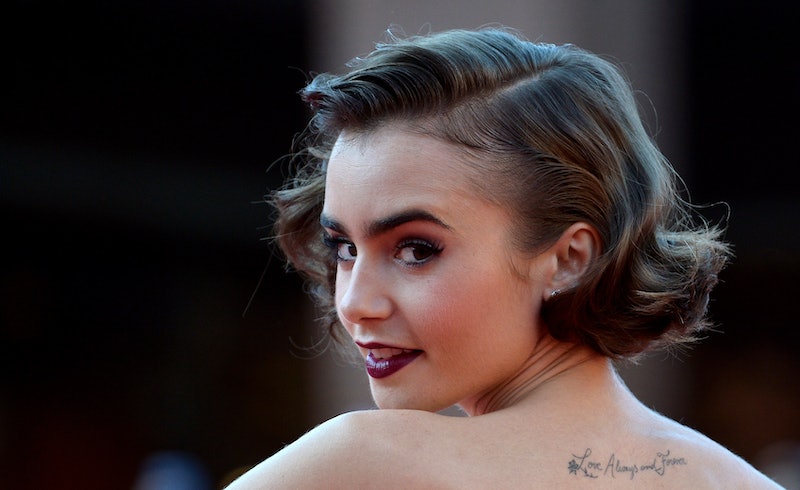 Our obsession with bold eyebrows started with Cara Delevingne and has yet to die out. While it's sort of great that women everywhere are embracing their natural shape instead of plucking like crazy, according to Yahoo! Health, there are much more practical reasons why eyebrows are the most important facial feature we have.

Of course, eyebrows serve the purpose of protecting dirt particles and sweat from getting into our eyes, but why do we consider them such a key feature of beauty rather than just practicality? Some women aspire to have brows has bushy as Delevingne's. A Cosmo UK survey conducted in conjunction with QVC found that together, British women spend nearly 2.3 billion pounds (that's $3.6 million) on their brows every year. The phrase "eyebrows on fleek" has become common vernacular for the average Millennial, and I've often even seen young women (and women's media!) post memes on social media with clever sayings like "never take advice from someone with bad eyebrows." Face it: Eyebrows are trendy.

As Yahoo! Health points out, there was that whole fiasco with The Bachelor contestant Carly Waddell. Many people took to the Internet to make fun of her thinning eyebrows (which turned out to be a side effect of hyperthyroidism), and as a result she started to fill them in thicker. Needless to say, fans were a lot happier with the new look. Are we at the point that eyebrows are that important for sticking out from the crowd?

As Into the Gloss writer Lacey Gattis once wisely said about eyebrow shaming, "No one deserves to have their sense of self-worth taken in exchange for brow gel... And let's just be honest: there's an abundance of toxic historical baggage tied to beauty that we're far from being past."

Facial recognition aside, there's also a reason why we hold it to modern day beauty standards. Javid Sadr, one of the researchers in the aforementioned case, told Yahoo! Health that bushy eyebrows today are comparable to the shoulder pad trend in the '90s.

“There was a big movement of more women in the workplace and more women breaking through the glass ceiling,” he explained “[Big shoulder pads] were a masculinizing feature. They made a statement about women being empowered.”

If you're interested in reading the complete explanation, head over to Yahoo! Health. All in all, though, I have to say: At least now we know why things like eyebrow competitions are the norm nowadays.

More like this
Most Comfortable Underwear For Big Butts
By Audrey Williams
42 Black Owned Fashion & Beauty Brands To Support Today & Always
By Mekita Rivas, Shea Simmons, Kui Mwai and Dominique Norman
Aura Nails Are The Coolest Mani Trend RN
By Jordan Murray
Rare Beauty's First Major Sale Is Here
By Olivia Rose Ferreiro
Get Even More From Bustle — Sign Up For The Newsletter