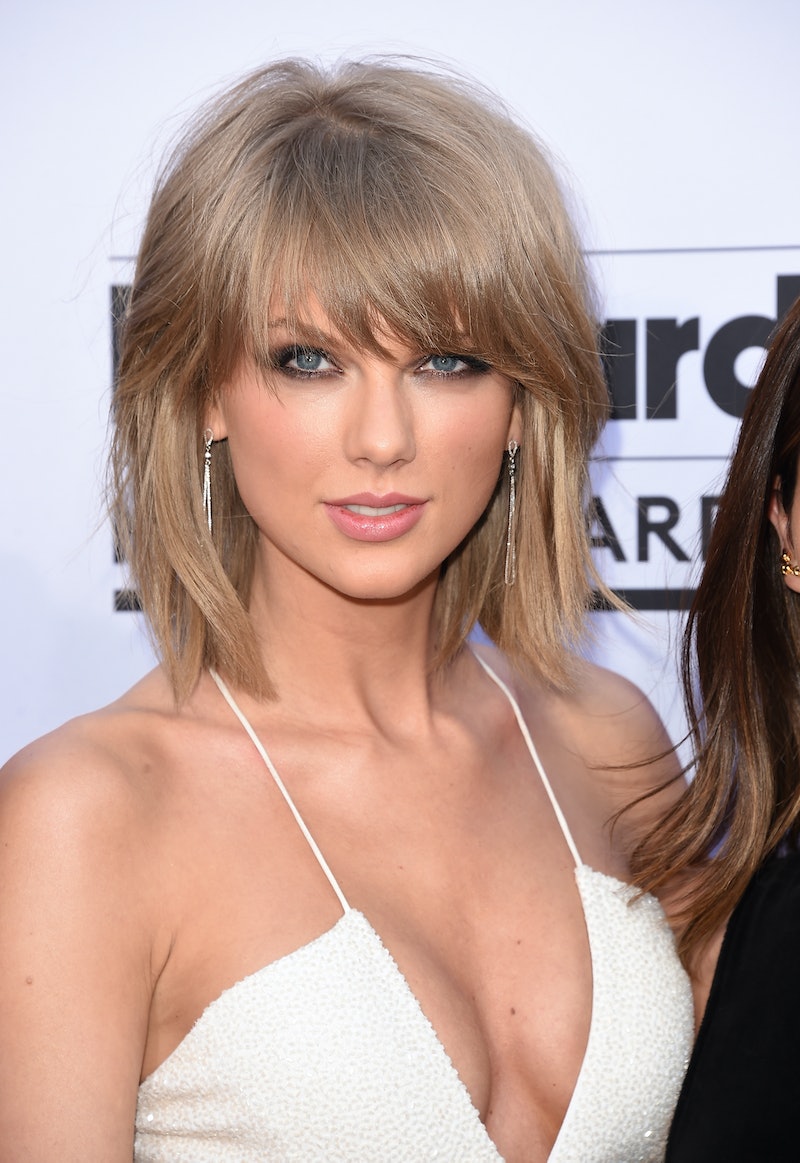 I'm super obsessed with celebrity babies, but my love for the children of Hollywood's elite doesn't even touch how much I love celebrity pets, and by "celebrity pets," I mean Taylor Swift's cats. From every photo and video she's shared of them on Instagram this year, it's obvious that Meredith and Olivia are both adorable and filled with personality, especially now that they're finally starting to get along.

And as a fellow cat lady, I totally understand why Swift wants to share exorbitant amounts of photos of her furry children, because I feel the same way. Being that I don't yet have human children, my cat is basically my life, so I totally get the need to share her adorableness with my followers at every opportunity. And despite the fact that Swift and I are completely different — I'm not ridiculously wealthy and don't wear crop tops like their the only shirts known to womankind — Swift's cats are actually a lot like mine.

OK, so I have a feeling that the 25-year-old's feline pals were a little more expensive than mine was. I mean, we're comparing hand-picked Scottish Folds to the cat I fell in love with at my local animal shelter. I'm pretty sure Swift didn't just fill out paperwork and stop by Petsmart on the way home for a heart-shaped tag. But like Meredith and Olivia were named after two of Swift's favorite TV characters, my cat, Rapunzel, was named after one of my favorite Disney princesses, and as far as I'm concerned, she's just as magical as Swift's cats in every single way.

Like the singer's cats, Rapunzel is pretty young. She'll turn two later this fall, so she's still kind of a baby. And if she ever met Meredith and Olivia, I'm pretty sure they'd be instant BFFs, because they all do some pretty damn weird things.

Tiny and sweet. I die.

This was taken the day I brought her home. And just like her famous counterpart, she's also tiny and sweet.

Sleeping peacefully on her mom's lap, as all cats who travel in style should.

Having refused to stay in her carrier, Rapunzel far prefers to look out the window. In fact, she basically climbs all over the car until the ride is over. She would never, ever fall asleep if the car was moving, let alone on a plane.

This is actually amazing.

They could use work. I always have to catch her at the right moment, and if I get too close, she starts chewing on my hair.

Meredith & Olivia Interacting With Each Other

They're cuddling! They're grooming each other! This is seriously the cutest thing ever!

Rapunzel & My Dog, Chocolate, Interacting With Each Other

It's kind of terrifying...

It's not so much a staring contest as it is a lack of her trusting me to be capable of normal household tasks, so she watches to make sure I wash dishes correctly.

Meredith & Olivia Looking Suspicious As They Plot Against Taylor

They're definitely up to something.

Rapunzel & Chocolate Looking Suspicious As They Plot Against Me

This look definitely means "someone knocked something over downstairs and Mom is about to be pissed."

Olivia Hanging Out With Other Humans

Not all cats are good with hugs from toddlers, even when they're as cute as this one, but Olivia's so tolerant!

Rapunzel Hanging Out With Other Humans

They're exactly alike in this sense. Unlike most cats, Rapunzel loves all people, especially my fiancé... but chances are good she'll take the opportunity to lovingly slap you in the face.

Essentially, she wants us all to paint her like a French girl.

Rapunzel Being Found In An Unladylike Position

Don't do the crime if you don't want to be cat-shamed on Instagram. Especially if you're trying to eat leftover caramel dip.

Meredith Taking A Selfie With Her Mom

How adorable is this?!

Rapunzel Taking A Selfie With Her Mom

This is something she's actually quite good at... if I catch her in the right mood.

Olivia Being Stressed Out In A Chair

She can't handle the fame at this point.

Rapunzel Being Stressed Out In A Chair

Why do I have the feeling I'm about to be lectured?

Meredith and Olivia might be famous, but cats are cats, y'all. And even though Rapunzel will never walk around on her hind legs or accompany me on a world tour, I hope she's happy that she didn't find her way into Taylor Swift's home instead. But if she's not? I don't really blame her.