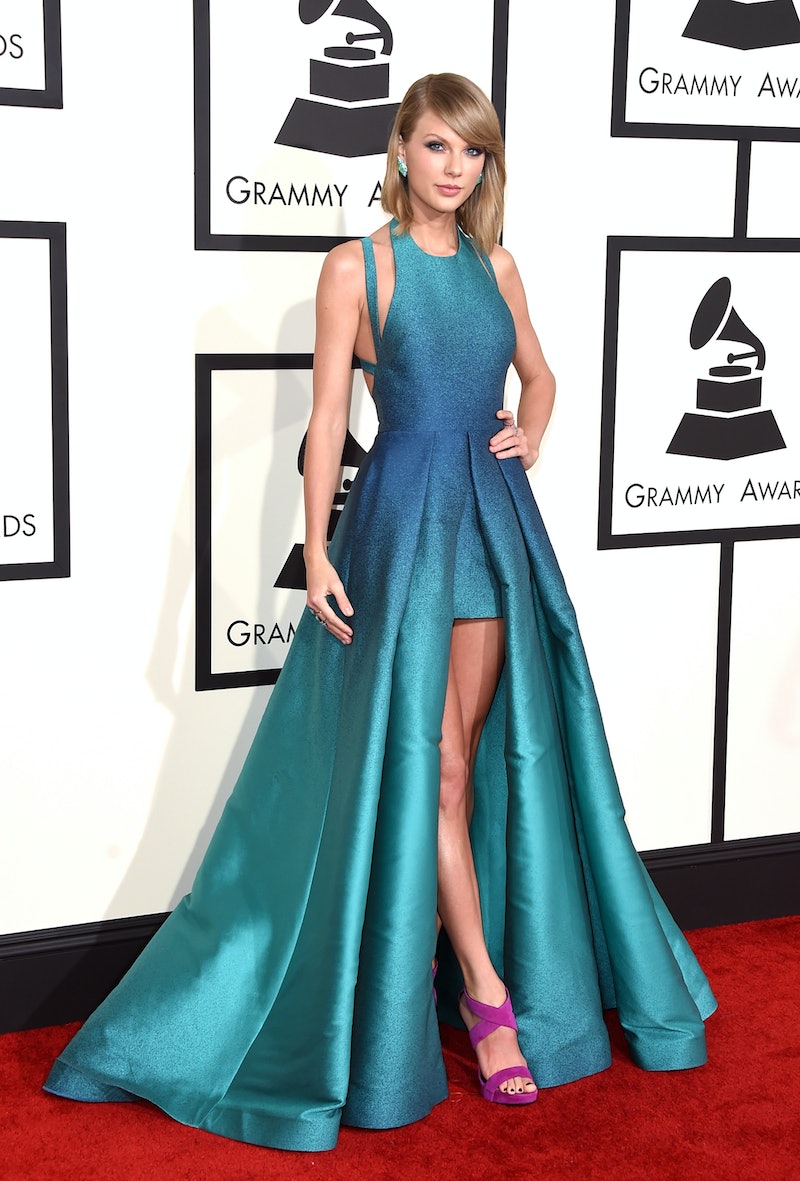 This is a fact of life that everyone with eyes can agree on: Taylor Swift's cats are possibly the cutest cats in the entire world. Named for Swift's favorite TV heroines, Olivia Benson and Meredith Grey are now officially, finally getting along for the first time since Swift brought Olivia home last June. This weekend, Swift posted an Instagram video of Olivia and Meredith cuddling, and it seems that their sibling rivalry has officially come to an end. In the video, the cats — who John Cleese insulted on The Graham Norton Show last October, as their scrunched up (read: adorable) faces and tucked in ears are typical of the Scottish Fold breed — cozy up to each other for some cuddles and a little affectionate grooming on top of a bed. Take it from me — It's ridiculously precious.

If you pay attention to Swift's Instagram feed as religiously as I do, you probably already know that Olivia and Meredith's relationship wasn't always this sweet. It seems like just yesterday that, while Meredith was first getting used to the idea that she was no longer an only child, they basically refused to acknowledge each other's existence when they were in the same room, like in this photo:

Now that they've had time to adjust, they've obviously become BFFs, as it should be. And I love it, because this means there's way more possibility that we will get more videos like this on Swift's Instagram in the future.

Because seriously, how do you top something with a cute factor that's thishigh? You don't. Unless, of course, you put it up against the rest of Swift's photos and videos of Olivia and Meredith. In that case? Tough competition.

And, um, if Swift ever needs a cat sitter? I'm totally available.

More like this
'The Summer I Turned Pretty' Using “Cruel Summer” Has Twitter Begging Taylor Swift To Release A Music Video
By Radhika Menon
Taylor Swift's “Carolina” Theme For 'Where The Crawdads Sing' Soundtrack Is Here
By Jake Viswanath
Taylor Swift Fans Caught A Possible ‘1989’ Clue In Her Latest Awards Show Speech
By Grace Wehniainen
Taylor Swift Explained The Ambiguous Ending To ‘All Too Well: The Short Film’
By Grace Wehniainen
Get Even More From Bustle — Sign Up For The Newsletter