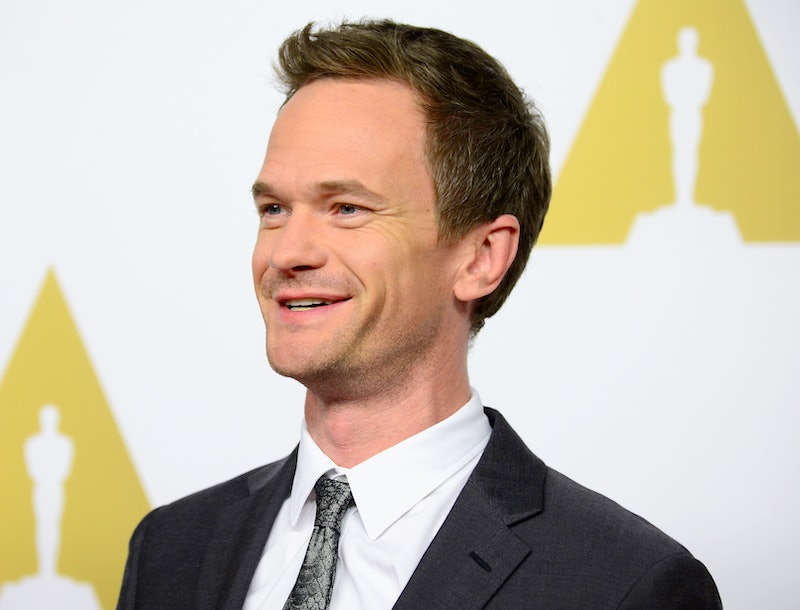 I will be the first to admit, I am not a big How I Met Your Mother fan. I watched the show in its entirety though for one simple reason: Barney Stinson. Was his character overblown to the point of caricature? Yes. Was he perpetuating tired stereotypes of hyper-masculinity? Absolutely. Did I love him anyways? You betcha. Behind his overly-sexual, masculine facade lied a shocking amount of wisdom. How do I know this? Why, because his wisdom has spilled over into real life, as Barney Stinson's argument that The Karate Kid' s Daniel is the true villain of the film has recently been made by a YouTuber named J. Matthew Turner.

J. Matthew Turner makes a great argument against Daniel LaRusso and his commentary about the classic film is pretty flawless. Though HIMYM's Barney Stinson might have been a tad eccentric, Barney was spot on about Daniel LaRusso's villain status in The Karate Kid (although I still can't buy that Hans Gruber is the real protagonist of Die Hard even though he did indeed die hard).

This latest stroke of Karate Kid genius has me wondering: if Barney Stinson was right about this, what else could he have been right about? Barney was always going on about his theories and rules but, as hesitant as I am to admit it, many of Barney's theories made a surprising amount of sense. So we'll chalk one up for Barney Stinson re: The Karate Kid as we reconsider his other theories to assess which ones might prove to be accurate. Check out J. Matthew Turner's argument against Daniel LaRusso below and join me in considering Barney Stinson's best theories from HIMYM.

One of Barney's most popular theories is the 'cheerleader effect,' which is the idea that girls will appear hot in a group setting but if you separate said group, the girls won't be attractive when examined individually. While this sounds mildly ridiculous, a study published in Psychological Science in 2013 proved that the 'cheerleader effect' is actually backed up by science. A study conducted by University of California, San Diego psychologists confirmed that our brains tend to average out the faces in a group, making everyone in the group appear more attractive.

[I]ndividuals with complimentary facial features — one person with narrow eyes and one person with wide eyes, for example — would enjoy a greater boost in perceived attractiveness when seen together.

What's to be learned from this? Barney Stinson is surprisingly ahead of the psychological curve and your best bet for pulling a hottie is to bring along your friend whose facial characteristics are least like your own. All the more reason to up your #squadgoals.

Now, as a woman, I am very, very opposed to the ease with which people will label a woman 'crazy.' Just because I have emotions and don't repress all my feelings doesn't mean that I'm crazy. That being said, there are those out there who definitely fall on the 'crazy' spectrum as far as dating goes. However, 'crazy' does not discriminate against gender. There are crazy girls and guys out there. I myself have been witness to the crazy/hot scale in action. You meet a super hot dude and realize quickly that he's a nut job. But he's really hot so you're like, "meh, worth it." A man of lesser hotness would have been kicked to the curb.

You all know a woo girl. In fact, you might have even been a woo girl before. I know I have been. There are times where you're drunk and you're with your gal pals and you just can't help but shout an obnoxious "WOOOOOOO!" after ripping some shots. This one might not have been proven by science but we all know that the woo girls are all too real.

Take your age, divid it by two and add seven. That's the youngest you're allowed to date. As a 24-year-old, this puts my minimum age cap at 19 which is honestly terrifying to think about. But, especially for guys dating younger than them, I think the age difference formula makes a good bit of sense. Or it's just enabling cradle-robbers everywhere, one of the two.

The Lobster Effect, a.k.a. 'wanting what you can't have' is based on the idea that being told something is off limits makes you want it that much more, even if it's really bad for you. For example, Robin on HIMYM is told by her doctor that she's allergic to lobster. Though she didn't want lobster that badly before, upon hearing the news, she has to have lobster even though it'll make her face look like the Michelin man. This theory is particularly applicable to women who date douchebags a.k.a. The Justin Bobby syndrome.

The Dobler-Dahmer theory describes the incredibly fine line between passionate, grand gestures of romance and serial killer-esque displays of affection. If both people are into each other, then grand gestures can be made a la Lloyd Dobler in Say Anything. If only one person is really into it, grand gestures come as horrifyingly creepy a la Jeffrey Dahmer.

More like this
Thomas Brodie-Sangster & Talulah Riley Are Red Carpet Official
By El Hunt and Sophie McEvoy
What Causes Clinginess In Relationships?
By Marilyn La Jeunesse
Gillian & Edgar Are At Least Cordial After 'Temptation Island'
By Brad Witter
There Are Only Four 'Temptation Island' Couples Still Together
By Brad Witter
Get Even More From Bustle — Sign Up For The Newsletter