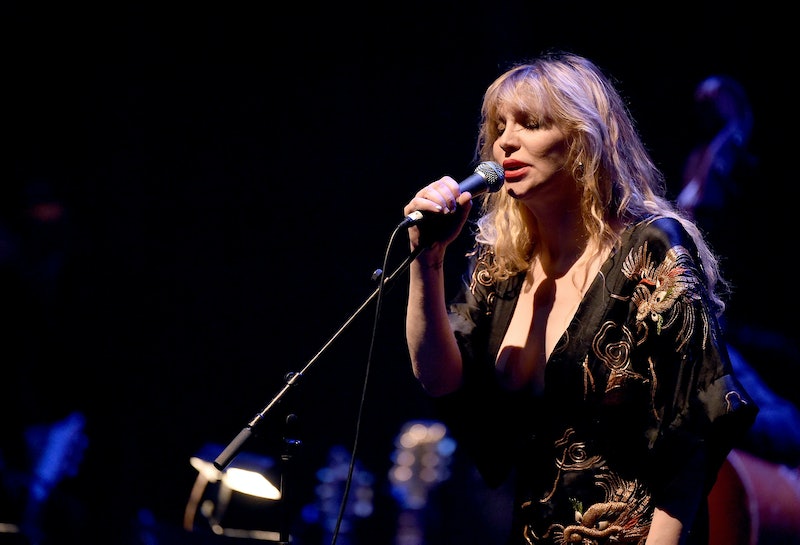 It has been 21 years since Kurt Cobain's death, and the world still feels the loss of the Generation X artist. While the world may be saddened by the loss of the great, young musician, his family feels that loss in an entirely different, far more personal way. Cobain's widow, Courtney Love, posted a heartbreaking photo of Cobain on Saturday, and it's a sad reminder of everything that both the world and Cobain's family has lost.

Love posted a photo of herself with Cobain and the couple's daughter Frances Bean, then just an infant. Love's Instagram upload of Cobain strikes a chord for a few reasons, perhaps most obviously how young Cobain looks in the photo. Cobain died of a self-inflicted gunshot wound when he was just 27, and from the age of Frances Bean, it appears that Cobain was maybe 25 here. The second heartbreaking piece of this is the fact that Cobain left his family when his daughter was so young. According to her Instagram caption ("Jesus Kurt, look at that face... what were you thinking?") it's this fact that Love can't move past from even 21 years later. Frances Bean is now 23-years-old and no longer a child, but she never really had the opportunity to grow up knowing her dad in any real way.

Though Love has a strong Instagram presence, she doesn't share too many personal photos of her time with Cobain. The reason for sharing this particular one seems connected to Francis Bean's 23rd birthday, which was on August 18, several days before Love posted this photo of their family. Though Love tends to keep her Instagram about her present, she doesn't shy away from discussing her late husband in interviews. In April of 2015, Love discussed Cobain in an interview for the new documentary Montage Of Heck, a film about Cobain which Frances Bean executive produced:

We were best friends... At that age, it was "that punch-drunk love thing, where you've met your soul mate and you're 25 and you're just... talking and fighting... It was like a soul mate-y thing.

Two decades have gone by since Cobain's suicide, yet Cobain's legacy lives on, both as a musician through his work and with the family that he left behind. Love's memories of Cobain humanizes the myth of Cobain: he may be an American icon, but he was also a beloved father and husband.