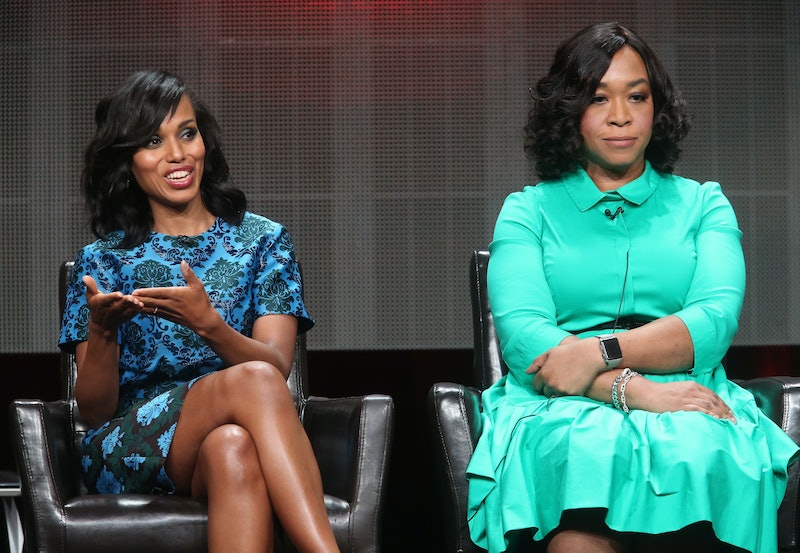 If you follow actress and comedian Retta on Twitter, then you know that Scandal night is a big night for Twitter. Shonda Rhimes' steamy political drama has a huge collective of fans online and when the show airs it's not just about watching the drama unfold, it's about interacting with all of Scandal's fandom. Nielsen Social, an online data research company, released a study on Monday of how loyal television viewers are to their favorite shows on Twitter. Scandal topped the list by having 24% of its fanbase tweet multiple times about the show during last season. Following behind Scandal was The Walking Dead, Empire, and How To Get Away With Murder. In short: never get in Twitter fight with anyone who lives and breathes all things ShondaLand.

Scandal's online presence has been huge from the very beginning. The series first aired in 2012 when the culture of the meme was really starting to gain traction and Olivia Pope's "It's handled" became forever emblazoned on your Twitter/Tumbler/Instagram feeds. The star of Scandal (and national treasure), Kerry Washington, also actively promotes and teases the show on Twitter. More importantly, she regularly interacts with fans online and keeps the Scandal fandom loyal. The name of the series also says it all — who wouldn't want to tweet and gossip about a show whose core is to, well, scandalize its viewers?

Come Thursday, September 24, Twitter is going to BLOW. UP.