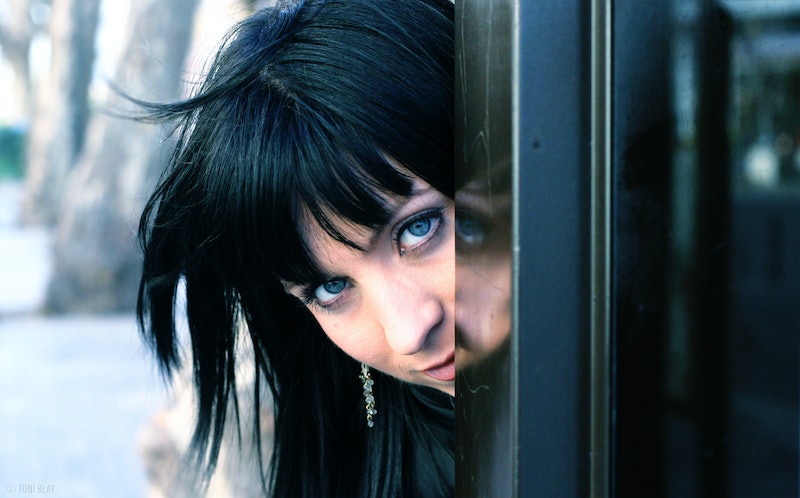 Most of you probably read that headline and thought something along the lines of, “Um, hell no.” That’s because a lot of us were brought up with really strict ideas around monogamy, ideas like “The One,” and “If they loves me, they won’t look at other girls.” Well, I’m here to tell you that those ideas are, 1. nonsense and, 2. doing you more hurt than good. Regarding the “one” concept, I’m just going to redirect you to sex and relationship guru Dan Savage when he says, “There is no one. We can only round up to one.” That means that there is no one person for anyone — we all make compromises and sacrifices when we commit to a relationship. As for the “looking at other girls means he doesn’t love me,” one, well, it’s time to leave that back in high school, where it belongs. Ask anyone who has been together for decades if they’ve ever looked at or flirted with someone else while they were in a relationship.

Then ask them if they think that means they love their partner any less. If they’re honest with themselves and with you, the answers to those questions will be “yes” and “no, of course not!” respectively. That’s because anyone in a healthy long-term relationship understands that flirting is not only going to happen but that it’s important part of keeping things healthy.

And of course, let’s be clear: “Flirting” does not mean getting a bunch of numbers, because that kind of activity has intent to hook up behind it. If a couple has an arrangement that allows for that kind of outside contact, that’s fine, but if they don’t? It’s definitely not. However, a little bit of arm touching and laughing at party does not cheating make. And also, there are ways to flirt that are cool within a relationship (i.e. mentioning early that you have a S.O.) and ways that are not (i.e. acting like you’re going to go home with them and then ghosting or, even worse, not ghosting and making out in the bathroom).

Still not convinced that letting your significant other flirt is a good idea? Check out these five arguments and you just might change your mind.

1. It Boosts Their Libido

But for real though. Nothing gives a tired libido a boost like a little flirtation with someone new. Monogamy can be the killer of sex drives, for people of all genders, and flirting can be a fun, safe way to get that thrill back. As long as your partner doesn’t take it further than flirting and then brings that sexual energy back home to you, who’s losing?

2. It Keep You Both From Feeling Trapped

Some people cheat is because they’re feeling trapped in a monogamous relationship. When even your eye movements are on lock down, who wouldn’t feel trapped? Flirting is like letting the release valve open, just a little bit, so that all of that sexual pressure doesn’t build up and explode.

3. It Makes Them Feel Good About Themselves

A friend of mine recently got out of a very long-term relationship and one of the major things he noticed about flirting in bars was how awesome that external feedback felt. Our SOs might tell us we’re great but there’s nothing like getting that verification from a new person to give a little ego boost.

4. It’s A Good Reminder Of Their Awesomeness

On the flip side, seeing your S.O. flirt is a great reminder to you that they’re awesome! Have you ever not even thought about someone like that until you found out they were seeing someone? A similar thing happens when you see your SO flirting. For example, my boyfriend and I recently went to a party where I spent most of the time chatting with a new friend and watching him dance from afar. He’s a handsome guy and the ladies were loving it. I soaked up their attentions to him and thought, “Damn! He is so hot!” Seeing him through their eyes reinvigorated something I already knew about him — that he’s the greatest.

5. It Can Be A Huge Affirmation Of Your Relationship

And you know what my boyfriend did after a night of flirting with beautiful women at a pool party? Walked over, gave me a huge kiss, and took me home with him. Yup; it’s always good to get the guy (or girl) in the end.

More like this
Are Gemini & Scorpio Compatible In A Relationship?
By Kristine Fellizar
The Most Compatible Life Path Numbers, According To Numerologists
By Kristine Fellizar
Help! My Partner Only Wants Sex Late At Night & Won’t Compromise
By Sophia Benoit
What Is "The Ick?" The TikTok Dating Term, Explained
By Courtney Young
Get Even More From Bustle — Sign Up For The Newsletter