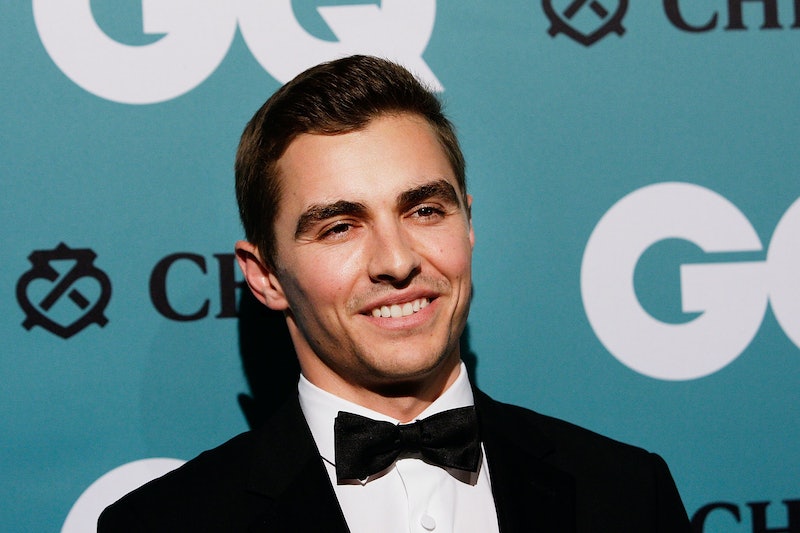 In the interest of full disclosure, I will admit this to you: I had no idea that Dave Franco and Alison Brie were even dating, so when news broke this week that the happy couple (of apparently, like, three years) was engaged, I was pretty surprised. Not that I'm complaining, of course — Franco and Brie are two of the earth's most adorable people, so it's a pleasant surprise. However, being someone who obsesses over celebrity weddings and what they'll look like, these impending nuptials pose a bit of a problem. Being that these two are so private and low-key, especially where their relationship is concerned, chances are good that their big day will follow suit and none of us will have any idea that it happened until after the fact. That's not going to stop me from speculating, though — especially when it comes to who will be in Franco and Brie's wedding.

Of course, their wedding party will probably include plenty of close friends and family members that I could never predict, but considering who Brie and Franco have worked with in the past, it's pretty easy to take some guesses about which celebrity pals might be buying matching dresses and suits in the very near future.

This wedding definitely has some star-studded potential, guys. And with any luck at all, the pictures will eventually hit the internet for us to enjoy/be jealous/gush over (in that order).

This one's kind of a given, being that he's the groom's brother and all. I'm kinda expecting James to be Dave's best man, because how cute would that be?

The Entire Cast Of Community

This is definitely wishful thinking, since that would be a huge wedding party, but I have a feeling many of them will at least end up on the guest list. After all, if you worked with a group of people for six years, how could you get married without them?

There's a longstanding joke that, since they starred together in Neighbors, Franco and Efron are in a serious bromance together — a relationship I support 100 percent. My fingers are crossed that Efron turns up as a groomsman... and, you know, eventually the godfather of Brie and Franco's future children.

If for no other reason than I desperately want their Lip Sync Battle to be reenacted at the wedding.

No matter who shows up, I have no doubt that it's going to be a gorgeous ceremony — although if photos from the event ever see the light of day, I'll be absolutely shocked. Wait, are we sure that these two are actually together and really engaged? I need more proof.