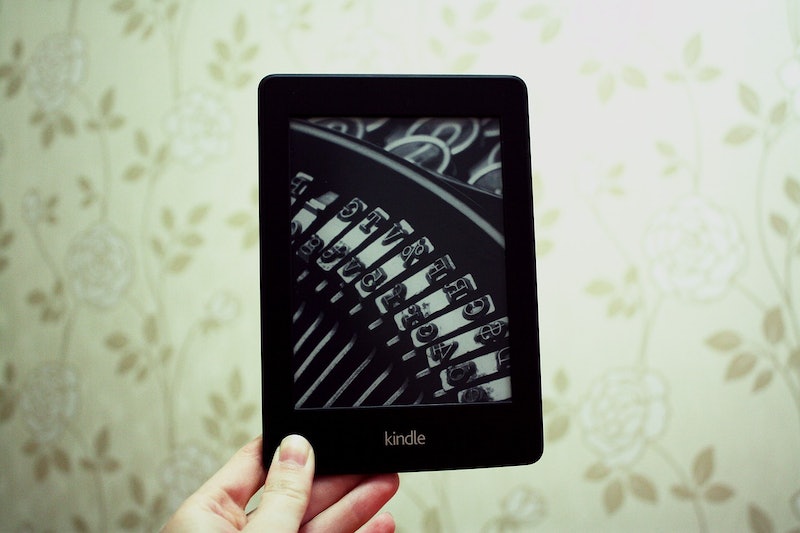 Subscription boxes are all the rage these days. You can get healthy snacks, geeky merchandise, and even menstrual products delivered straight to your door each month. Book nerds have a few subscription box options, but e-book fans have been left in the lurch. Until now, that is. The newly-launched Serial Box lets you subscribe to receive weekly e-book installments on your reading device of choice.

Combining subscription box delivery with podcast-style downloading, Serial Box allows users to subscribe to stories on a pay-per-episode basis. Each "season" of a story contains 13-16 installments, which may be downloaded in text or audio format for your enjoyment. Serial Box says each episode may be enjoyed as a standalone experience, and lasts about 40 minutes, but that the stories told in a season combine to create a larger tale.

Although serialized entertainment media today largely consists of podcasts and TV shows, writing and publishing novels in weekly or monthly installments used to be the modus operandi of authors. Charles Dickens, Leo Tolstoy, Alexandre Dumas, and Gustave Flaubert all published some of their most famous works in weekly newspaper installments. In the 20th Century, Tom Wolfe and Ray Bradbury wrote novels in monthly pieces for Rolling Stone and Playboy, and Stephen King adopted the model for 1996's The Green Mile. If you're interested in learning more, Serial Box offers up a history of serialized publishing on their blog.

Unlike some subscription box services, Serial Box's prices are pretty reasonable. Subscribe to a story and you'll pay just $1.59 for access to both the text and audio versions of each week's installment. If no episodes premiere that week, you don't pay anything. Back issues may be purchased in either text or audio format for $1.99, or, if you want both versions, for $2.99.

Serial Box currently has one story, Bookburners, available for subscription, with its first season expected to last 16 episodes. Tremontaine — a second, currently unavailable story — is slated for a 13-episode run. You can read or listen to the pilot episode, "Badge, Book and Candle," before deciding to subscribe to Bookburners.

Are you as intrigued as I am? Check out Serial Box, connect with the authors, and let me know what you think on Twitter.