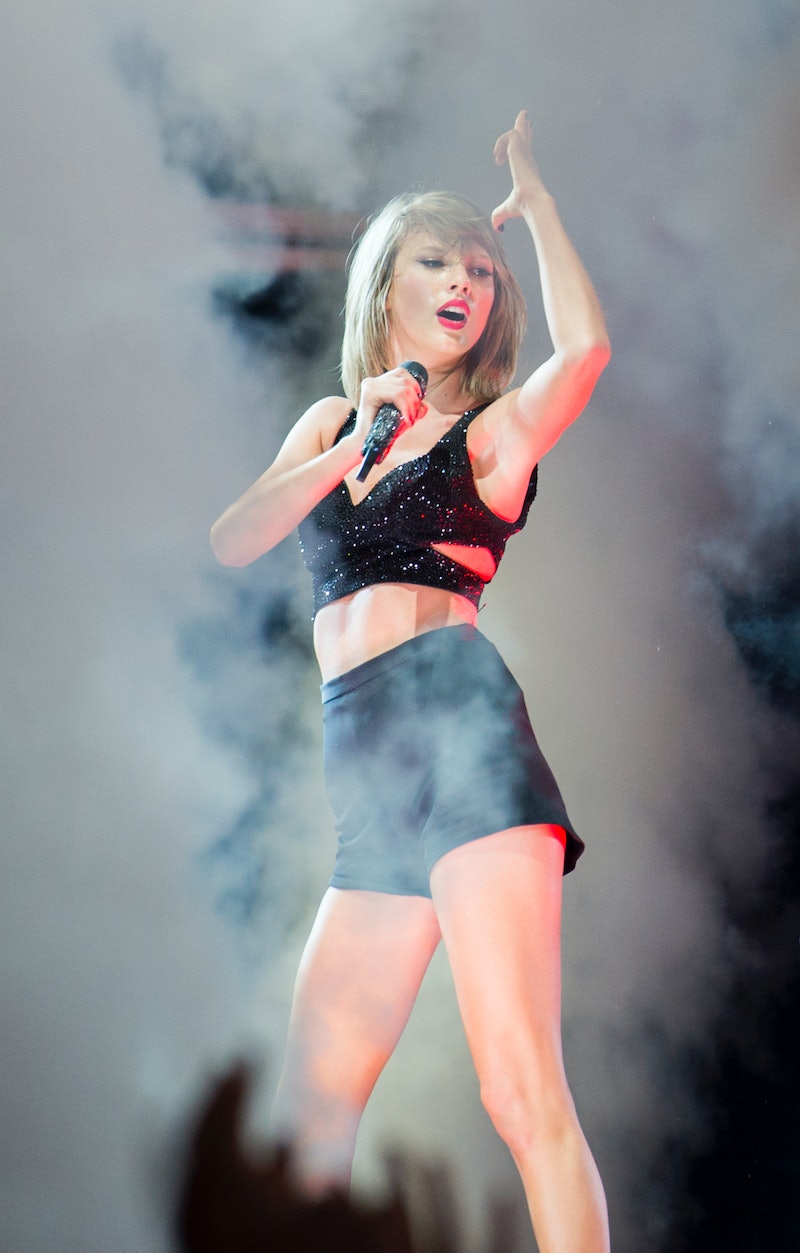 It's been nearly a year since Taylor Swift gifted fans with her '80s-influenced masterpiece and I'm the first to admit that I've spent the time trying to figure out who the 1989 songs are about. Ever since Swift shared the "Wildest Dreams" video teaser, I've been in overdrive analyzing the lyrics and, of course, trying to nail down the inspiration behind the song. While one name immediately pops into mind — yes, Harry Styles — let's look at Swift's carefully crafted clues to see if the hints hold up to the theory.

First up, let's examine the lyrics. In the first verse, Swift claims, "He's so tall, and handsome as hell / He's so bad but he does it so well." The tall, good-looking "bad boy" description fits in line with many other songs that are believed to be inspired by styles, such as "All You Had to Do Was Stay" and, of course, the cleverly named "Style." Lyric-wise, "Wildest Dreams" supports the theory.

But of course, we can never look at a Taylor Swift song by lyrics alone. There's so many levels — including her famous liner notes. The caption for "Wildest Dreams" reads "He Only Saw Her In His Dreams." Seeing as 1989 tells a somewhat chronological story, "Wildest Dreams" takes place after the breakup. (But conveniently before Swift's helpful guide on "How to Get the Girl.") If the first part of 1989 is about Styles, then it stands to reason that the "he" in the liner notes is Styles. It's not definitive proof, but it doesn't debunk our current theory.

Lastly, let's look at what Swift has said about "Wildest Dreams." In an interview with NPR, she explained the track reflects her fatalistic views on relationships:

"That's actually a really good example of the way I go into relationships now. If I meet someone who I feel I have a connection with, the first thought I have is: 'When this ends, I hope it ends well. I hope you remember me well.' Which is not anything close to the way I used to think about relationships. It's that realization that it's the anomaly if something works out; it's not a given."

It's a lesson that she seemed to learn in her post-Red era, so it makes sense that Styles in some way inspired it. Swift echoed this sentiment during her conversation with Rolling Stone in 2014. While she didn't name the song in question as "Wildest Dreams," her description of it matches her NPR quote.

"I think the way I used to approach relationships was very idealistic," she told Rolling Stone. "I used to go into them thinking, 'Maybe this is the one — we'll get married and have a family, this could be forever.' Whereas now I go in thinking, 'How long do we have on the clock — before something comes along and puts a wrench in it, or your publicist calls and says this isn't a good idea?'"

From Swift's descriptions of the song, it definitely fits that Styles could be the inspiration. However, in true Taylor Swift fashion, she'll likely never reveal the complete story behind the track. Luckily, we have the "Wildest Dreams" video coming soon, and hopefully that will provide yet another piece to the puzzle.

More like this
Taylor Swift’s Reported Private Jet Use & Carbon Footprint Set Twitter Ablaze
By Stephanie Topacio Long
Taylor Swift & Her Mom Clap Back Against The “Shake It Off” Plagiarism Lawsuit
By Jake Viswanath
Taylor Swift Calls Dwayne Johnson "The Man" After Revealing New "Taylor's Version" Song
By Jake Viswanath
An Ultimate Guide To The Music Of 'Rap Sh!t'
By Brad Witter
Get Even More From Bustle — Sign Up For The Newsletter