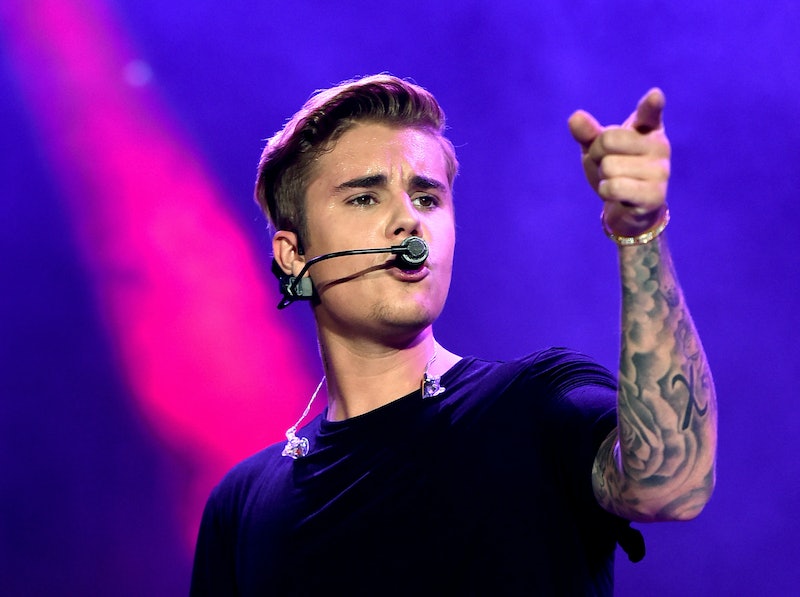 Many celebrities teamed up to help promote Justin Bieber's "What Do You Mean?" single, but Beliebers are even more excited for the singer's upcoming album. It's been more than three years since Bieber released his last studio album, Believe (2013's Journals is considered a compilation album), so new music is overdue and fans are totally ready. However, sources tell Billboard that Justin Bieber's next album will come out on November 13.

Luckily for those of us who can't wait that long, "What Do You Mean?" drops on August 28 and the track is rumored to be inspired by Selena Gomez. In an interview with Ryan Seacrest, Bieber explained the meaning behind the song, saying, "Well, girls are often just flip-floppy. They say something and they mean something else. So … what do you mean? I don’t really know, that’s why I’m asking."

Bieber opened up about the album in a conversation with Martha Stewart for Interview magazine.

"The new album's going really well," he said. "I'm working a lot with Skrillex and Diplo and this guy named Poo Bear, who's an incredible writer. We've just been getting our groove. You kind of go through a period where you're in there and nothing comes and nothing comes, and then, finally, it's like bang-bang-bang — you get them all in a row. I'm at a place where I'm really happy and I'm ready to share my music."

As all Beliebers knows, Bieber is a multi-talented musician who cannot only sing, but play numerous instruments. And, yes, that will also be included on the project.

"My best instrument is definitely drums, so I'm featured a lot on the album drumming," Bieber told Stewart. "It's pretty futuristic as well. Skrillex is on a really new wave and has found a way to take my vocals and mix them and play with them and pitch it up to make it higher with these cool effects that sound really futuristic. We have a really good chemistry."

As of the interview, Bieber wasn't sure when the album will drop — but he revealed even more incredible collaborators.

"... I'm really not worried about when it's finished, I just want it to be perfect, so we're taking our time with it," he said. "I've been working with Kanye West and Rick Rubin. We've gone in with a bunch of different people. I'm just trying to get the best sound and have it be consistent and make sense with what I'm going through in my life right now."

Whenever Bieber does decide to release his album, I'm sure it will be worth the wait. Until then, let the (hopeful!) countdown to November 13 begin!