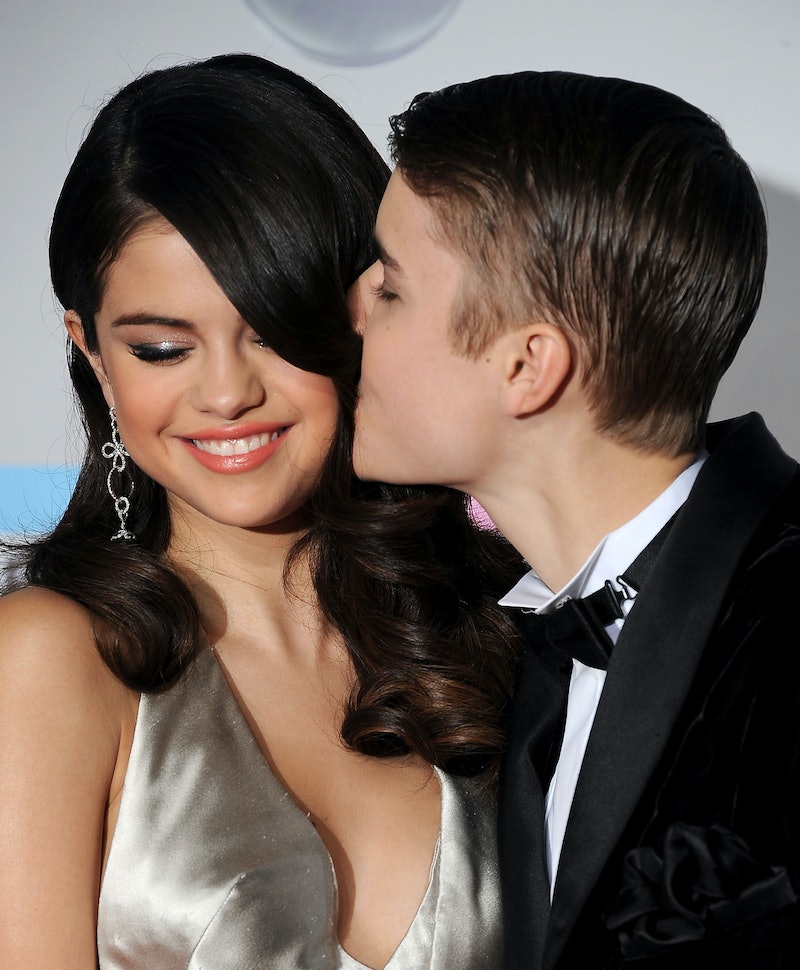 Just when I started to think that Justin Bieber might be slipping into the pool of has-beens and bucket-pissers, never to release an album again, Bieber has started teasing a new song "What Do You Mean?" It's the first single for his new album, which is ironic, because the song's title exactly the question I'd like to ask our boy here. What do you mean by this song? What is "What Do You Mean" about? I'm not one of those people who can just listen to a song and not wonder who or what it's about, on account of I'm a maniac, so I probably need to spend some time getting to the bottom of this.

And, luckily for me, Bieber has already spoken a bit about the themes behind the song. He was in the studio with Ryan Seacrest talking about the upcoming project, and explained that this song was an attempt to delicately unravel the difference between what women say and what they mean... except in Bieber-ese.

Well, girls are often flip-floppy. They say something, and then they mean something else, you know? So, it's like... what do you mean?

Oh, uh huh. Very eloquent. So, we know that this song is about a girl, and, I'm just gonna say it right now, if he's smart, it's about Selena Gomez. I didn't care too much about her song "The Heart Wants What It Wants" until I found out it was about Justin Bieber, and then I couldn't get enough of it. It felt like a secret window into their relationship, and made me realize she's a little more self-aware than I realized.

So if Bieber is using his noggins, he'll leave just enough clues in this song to keep us guessing that it's about Gomez without ever actually confirming one way or the other. We certainly don't get enough details about it from this clip to make any guesses either way.

Or maybe they'll full on admit that it's about Gomez! Who knows. But, as of right now, we haven't heard the full thing, so we have to rely on just this snippet of lyrics:

What do you mean?You want me to move, but you tell me to goWhat do yo mean?You nod your head yes, but you wanna say no

If this is about a specific argument with Selena Gomez, I will poop my pants in joy, don't even think I won't. All I want out of life is for these two to write songs back and forth at each other for the rest of their days until I understand every last moment of their strange on-off relationship.