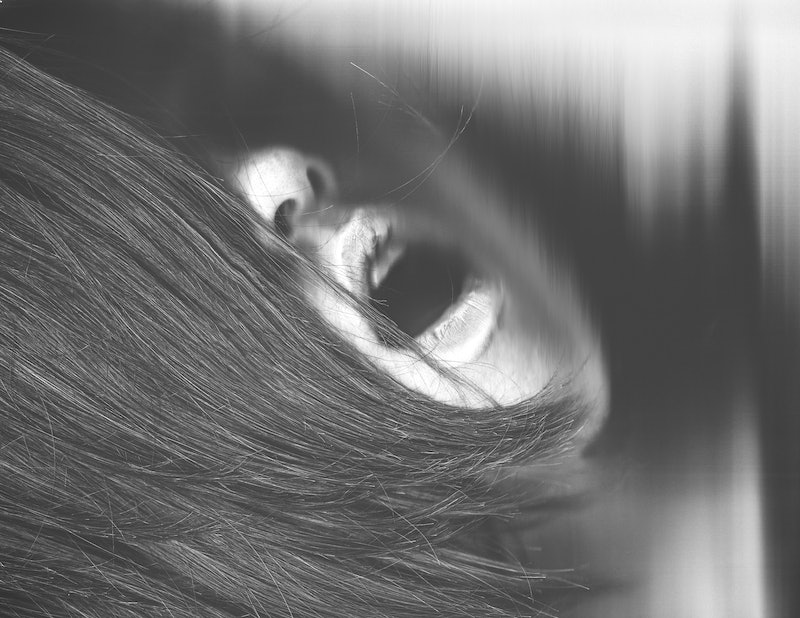 All of your private sexual fantasies are completely, 100 percent OK to have. You might dream of the flawless lover, who doesn't leave any inch of your body untouched; you may picture an Aladdin-like hero, swooping in just as the evil witch is about to steal your singing voice (I guess I like to mix my sexualized Disney stories). Then there are the fantasies that are, um, controversial in nature — and they can include fantasies about rape or sexual violence.

Studies show that women daydream about these more often than we would expect; in 2008, the University of North Texas and the University of Notre Dame surveyed 355 college-aged women of different demographics to get a better grasp on what arouses our gender when we're alone, undisturbed by a partner. The results, which we'll cover below, were pretty surprising, and it makes us scratch our heads and wonder why these things get us all hot and bothered in the first place.

Many therapists have come forward and admitted that, throughout the course of their career, they have listened to various patients — men and women alike, from all demographics — share their own "culturally inappropriate sex" fantasies. Mental health professionals used to think that every dream we possess came from a deeper subconscious level of wanting that scene to come true; that meant that women who imagined being raped were yearning for it, deep down inside. That notion has since been debunked.

Think of it this way: just because a married individual dreams of shacking up with someone who isn't their partner doesn't automatically mean they want a divorce. Michael Castleman, journalist and a sex columnist for over 30 years, writes for Psychology Today that females are sometimes more comfortable daydreaming about "sexual situations way beyond what they'd ever want to experience."

While this subject is delicate, it's still interesting and relevant to young women today. Read on for the psychology behind rape sexual fantasies.

Why Do We Fantasize About Being Forced Into Sex?

Dr. Susan Block, a seasoned sex therapist, wrote an article for Alternet called "The 6 Most Common Sexual Fantasies — And What They Mean," citing that the majority of clients who come into her office are in careers that require them to dominate others most of the day. Nature requires a balance, she says, and we sometimes just want to imagine what it feels like to fully surrender to another human being, especially sexually. It's like a mini-vacation from the boring stresses of everyday life. This even comes down to a very base, primal idea — male mammals have to pursue and subdue the female in order to mate, and theories of evolutionary psychology say that has trickled down to today's human race. (These ideas have't been empirically tested, and are obviously potentially problematic.)

Let's also not forget the 50-Shades-esque reason behind all this: masochism. Desiring suffering isn't abnormal, particularly in our imagination, and women who engage in masochistic sex are the ones who are more likely to dream about rape. It's possible to get sexually charged from the mere thought of mixing pleasure and pain.

How Common Is It?

I'll put it this way — this fantasy happens a lot more often than you think. Of the 355 women surveyed in 2008, 52 percent reported fantasizing about being forced into intercourse and 32 percent said they were erotically raped by a man. Combine these with other similar scenarios, such as forced anal sex, forced oral sex by a man or another woman, and incapacitation, and 62 percent say they fantasized about at least one of those acts. Dr. Jenny Bivona, head of the research team at the University of North Texas, tells the Huffington Post that 40 percent of the subjects claim they allow their imaginations to run this wild at least once a month.

These numbers were revealed in a 2009 issue of the Journal of Sex Research, but many think these are lowball estimates, considering that are many more females out there who are too embarrassed or ashamed to admit it crosses their mind. (Understandably so, as it's not an easy thing to bring up around friends at a casual Friday night dinner.)

It's important to remember that for most people, conjuring these sexual play-by-plays is not an obsession, but rather an infrequent occurrence. Daniel Bergner, author of What Do Women Want? Adventures In The Science of Female Desire told Salon that, although our society guilt trips us for having them, these fantasies are perfectly healthy and should be completely free of blame. So if you're blushing right now and feeling slightly remorseful, remember you are far from alone — these are normative pockets of female sexuality.

What Does This Mean For The Serious Issue of Rape Out There?

Most rape fantasies don't actually closely resemble what real-life rape looks like; some people even urge us to give up the term altogether when speaking about these fantasies. Writer and author of Guide To Getting It On, Paul Joannides, reminds us in one of his blog posts that, in most of our sexual imaginations, we find the man or woman raping us to be terribly attractive, and there is no disgust or repulsion in the mix. There is usually no arousal happening in real-life situations when a woman is being forced into sex, making actual rape quite different than what's happening in our heads. There is an eroticism present in fantasies that simply doesn't exist when rape happens out in the world.

The most important thing to keep in mind as we participate in this dialogue is that these sexy visions don't, in any way, make rape OK. Consent is always required when two people find themselves in a tantalizing situation. As Dr. Raj Persaud, a consultant psychiatrist in London, writes for the Huffington Post, these fantasies can be tricky to negotiate, but engaging in therapy helps us explore them in a safe environment.

So it's not a terrible idea to bring this subject to the table next time you see a therapist or talk to your lover about your fantasies. But know that if you're having rape fantasies, there's nothing "wrong" with you, you're not a "bad feminist," and it doesn't mean you'd actually like to be raped in real life. Fantasies are just that — fantasies.