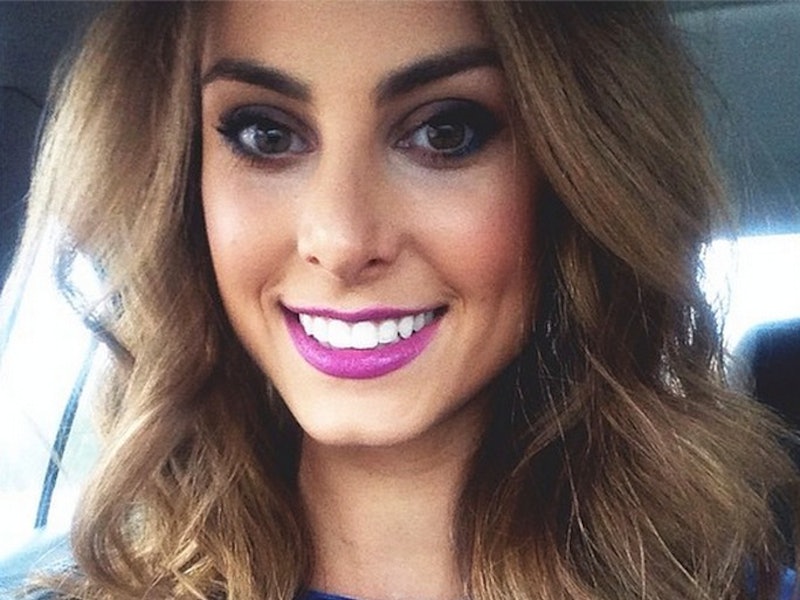 Cassandra Ferguson didn't get a happy ending on The Bachelor back in 2014, but it seemed like after she was cut by Juan Pablo (on her birthday, no less), she found the perfect happy ending. Shortly after getting cut from the show, Cassandra got back with her son's father, Detroit Pistons basketball player Rodney Stuckey. In May of 2014, the two got engaged, but whatever happened to Cassandra's engagement? Well, now Cassandra is rumored to be on Bachelor in Paradise in search of new love, so it seems the engagement didn't last long.

While Cassandra originally posted about her engagement on Mother's Day 2014, she deleted the post some time later, and started referring to herself as a "single mom." Even though Stuckey is a famous NBA player and Cassandra is known from her time on Bachelor, they managed to keep news of a split quiet. But, if you look closely at what Cassandra has been up to since getting engaged a little over a year ago, it's clear that she's spent that time getting over her split with Stuckey and building herself some non-televised success before jumping back into the reality TV relationship waters.

Mother's Day Was Her Engagement Day

Cassandra's son, Trey, is of course important to her, and that might be why Stucky proposed to Cassandra on Mother's Day. She's since deleted the announcement, but it was a cute proposal choice.

And, She Wore Her Gorgeous Ring For A While

Cassandra didn't always show off her huge engagement ring, even right after making her wedding announcement. And she's seemingly deleted any old photos of her hanging out with Stuckey. But, the big rock did make several appearances on her Instagram.

But, Then The Ring Disappeared

That's the last time Cassandra photographed herself wearing the ring, and that was almost exactly a year ago, in late summer 2014. She's clearly been living the single life for a while now.

In the comments of one of her Instagram photos months after the engagement announcement, a fan asked Cassandra if she could elaborate about how she deals with being a single mom, and Cassandra posted this response.

I should write a book 😂 what an amazing idea! girl I don't date at ALL. I don't text guys, call them, go on dates. Plus I have Zero tolerance for bull shit. There ARE nice guys out there, but I'm just hesitant to start dating again. just stay strong and be positive, you're a goddess.

She's Been Focusing On Her Son

Sounds like post-breakup, she was very hesitant about dating again — and why wouldn't she be? It's hard to get over a breakup, especially a breakup with her son's father. Instead she's been focusing on her son.

And, She May Have Finally Moved On

The former reality star recaptured Bachelor fans' attention again in the past few weeks when she started posting pictures alongside Bachelorette and Bachelor in Paradise star Jonathan Holloway, leading to speculation — and supposedly, according to Bach blogger Reality Steve, confirmation — that the two are dating. I'm all for that relationship, if it is one, because Jonathan deserved more from Bachelor in Paradise, and Cassandra seems like a good match for him. Not sure how that bodes for Cassandra's rumored time in Paradise, but, either way, it seems like things worked out for her.