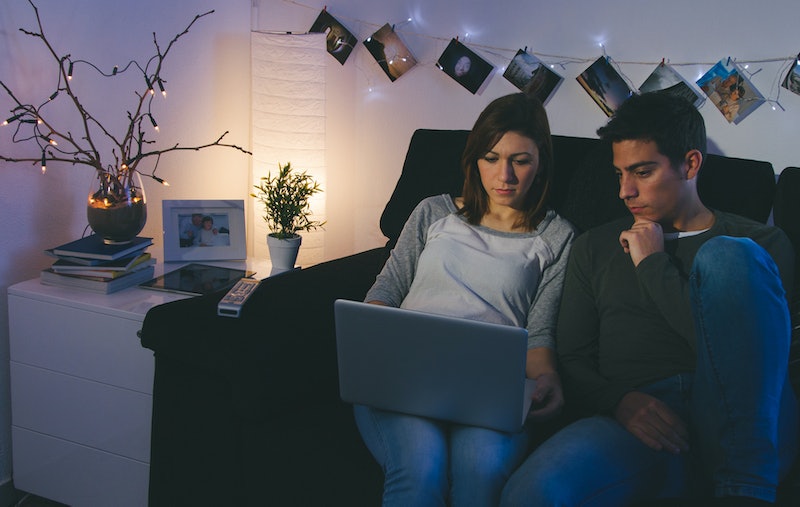 Say what?! I know! I was surprised, too. But according to the study, the country that shares the most adult websites is ― wait for it ― Iraq.

Not far behind in second and third place are Egypt and Serbia, respectively. Also on the list, from fourth place to the 15th place are Japan, Germany, Switzerland, Austria, Belgium, Peru, Croatia, Chile, Spain, Morocco, Italy, and Hungary. Yo, Americans!? What’s going on? Why are we not on that list?

8. Pornography Led The Way In Making Webcams And Subtitles

We may use video chat and webcams for office work purposes now, but once upon a time these things were strictly used for live sex shows until companies caught on and realized they could be used for other professions, too.

Ever wonder what flavored lube actually tastes like? We tested it so you don't have to.

More like this
Ashamed Of Your Screen Time Stats? Here's How To Change That
By Alexis Morillo
How To Turn Off TikTok Profile Views So You Can Stalk Other Accounts In Secret
By Alexis Morillo
12 Aphrodisiac Desserts To Spice Up Your Valentine’s Day
By Kaitlyn Wylde
This Wordle Rival Is Taking Social Media By Storm
By Sam Ramsden
Get Even More From Bustle — Sign Up For The Newsletter
From hair trends to relationship advice, our daily newsletter has everything you need to sound like a person who’s on TikTok, even if you aren’t.