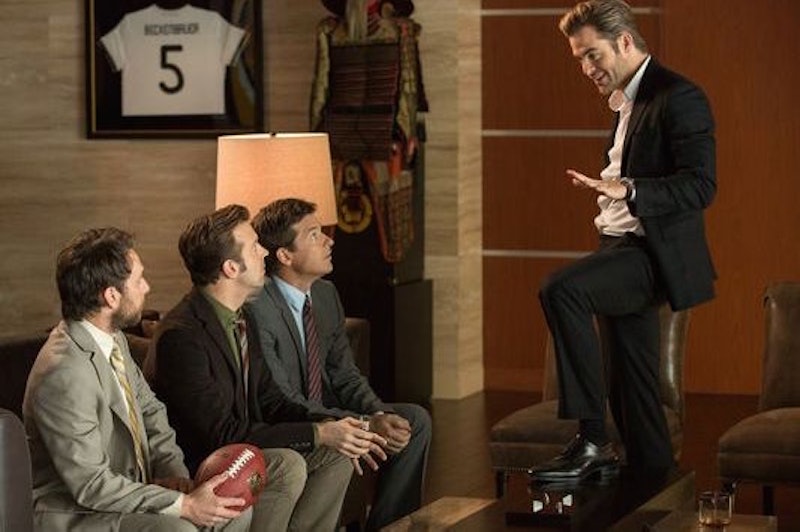 Getting yelled at by a boss: we've all been there, right? It's hard to know exactly how to react and what you should say and do when your boss yells at you, first and foremost because they're your boss. Unless they're harassing or bullying you (in which case you should skip the reaction and go straight to HR/a lawyer), even if they're wrong on a point of work, they're probably going to end up being right. And depending on how they hold grudges and scrutinize you, your reaction could cost you a job or in the long term have them riding your ass even harder. You're beholden to your boss in a lot of ways, which means you can't fly off the handle even when you want to. But that doesn't mean you shouldn't stand up for yourself when they're throwing a tantrum in your direction.

Your reaction to your boss yelling at you should be contingent on why they are yelling at you. Are you at fault? Or are you the scapegoat? Is their yelling because of general frustration? Or are they specifically targeting you, possibly unfairly? It's true that cooler heads prevail, so if you start by assessing why there is yelling going on in the first place, you can navigate a clear reaction to it. Here are some suggestions for ways to react and what you can say when your boss is yelling at you:

1. Ask To Schedule A Private Meeting

If someone is yelling, it's probably because they're at their wit's end. They feel cornered by whatever conundrum they're facing, and might have become irrational about dealing with it. Whether your boss's concerns are legitimate or frivolous, you can diffuse the situation by calmly asking for a private meeting at which to discuss the meeting at hand. Make it formal: book a conference room and schedule a time that day so you two can sit down and hash out the problem, as it's most likely a solvable work challenge.

Again, remain calm, but speak up. If your boss has the wrong idea about something you've done, say so. Don't be vindictive or petty in your speech. Keep it matter-of-fact, and explain yourself. If your boss is demanding answers, give them. Be clear and succinct, and keep to the point without waffling on. If you can be direct in your communication chances are your shouting boss will calm down and meet you at your timbre.

3. Own Up To Your Mistakes

Don't make excuses. If you're getting yelled at because you messed up, own it. Denying your responsibility will only make your boss madder. Don't be combative when you're in the wrong, it won't serve you in the long run. Let your boss know that you understand your mistake, are very sorry, and will work as hard as you can to fix the problem as fast as possible. Chances are the more repentant you are about your mistake and the more willing to fix it, your yelling boss will soften and even feel bad about coming down on you so hard. We're all human, even bosses.

Whatever's going on, whether it's because of your folly or something out of your control, offer a solution. Yelling comes from frustration, so chances are your boss feels cornered, and is ironically probably terrified of being yelled at by their own boss. If you can be creative and show initiative in moving forward, you might be offering your boss a solution they couldn't see on their own.

Never, under any circumstances, yell back at your boss. I once had a boss yell at me over something that wasn't my fault, and I sat calmly and took it. Sometimes, with your boss, you just can't take it personally, and you can't let it get under your skin. I waited until he was finished, and then explained myself, and offered him a solution (see above). I could have become emotional and yelled back, sure (I actually went and cried in the bathroom from the adrenaline afterwards), but it would have gotten me nowhere. It would not only have made him madder, but it would have put me at fault in a situation where I wasn't. Don't give your angry boss a reason to be angrier. Even when they should be more professional, you need to be the bigger person. It might seem unfair in the short term but it will serve you better in the long run.

When you've had a conflict at work, always follow up to see that it's resolved. After you've been yelled at by your boss, follow up the next day to make sure everything is square. Whether that's working towards the solution, or finalizing the solution, stay on top of it, and show that you care about your job and making things work. No one wants to be in their boss's bad books, especially when that boss is prone to flying off the hook, so be proactive (which you should be anyway at work!) to earn your good graces back.