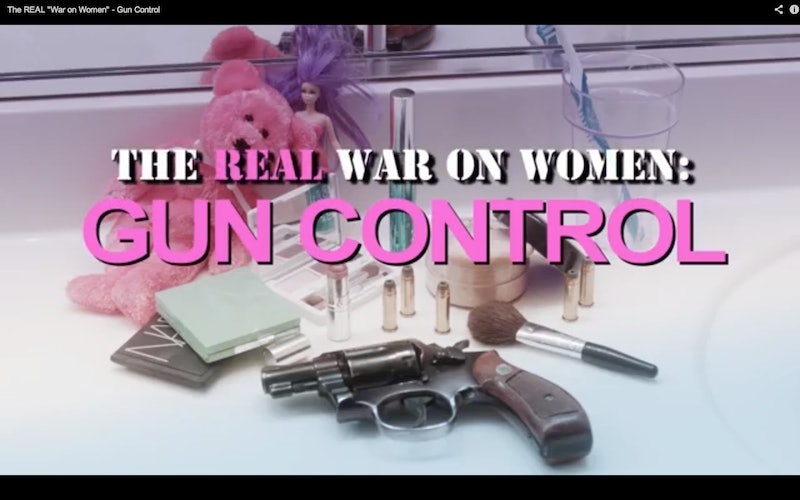 If you hadn't had a chance to see this brand-new PSA, courtesy of pro-firearm organizations and the Tea Party, that's probably because you're too busy getting attacked in your home. Because you don't have a gun. And there is a WAR ON WOMEN happening. No, not on your right to reproductive freedom, silly. On your right to keep a gun in your home, duh.

If Grandma had just left that gun/barbie/teddy bear combo in the kitchen, that definitely wouldn't have happened.

Except, you know, leaving a gun out with the kids' toys might not be the smartest move, considering that about 800 kids have died in gun accidents since 1999. (This accounts for about one in five fatal accidents in children.) Grandma could, of course, use a rifle for self-defense - but a gun in the home is four times more likely to be involved in an accident, and seven times more likely to be used for assault or murder.

It's a shame, then, that two in five homes that house both rifles and children have unlocked guns. Last month, a five-year-old accidentally shot and killed his two-year-old sister - with a gun made and marketed for children. But yeah, creepy 80s-style robber men dressed in black are definitely who you should be worried about...