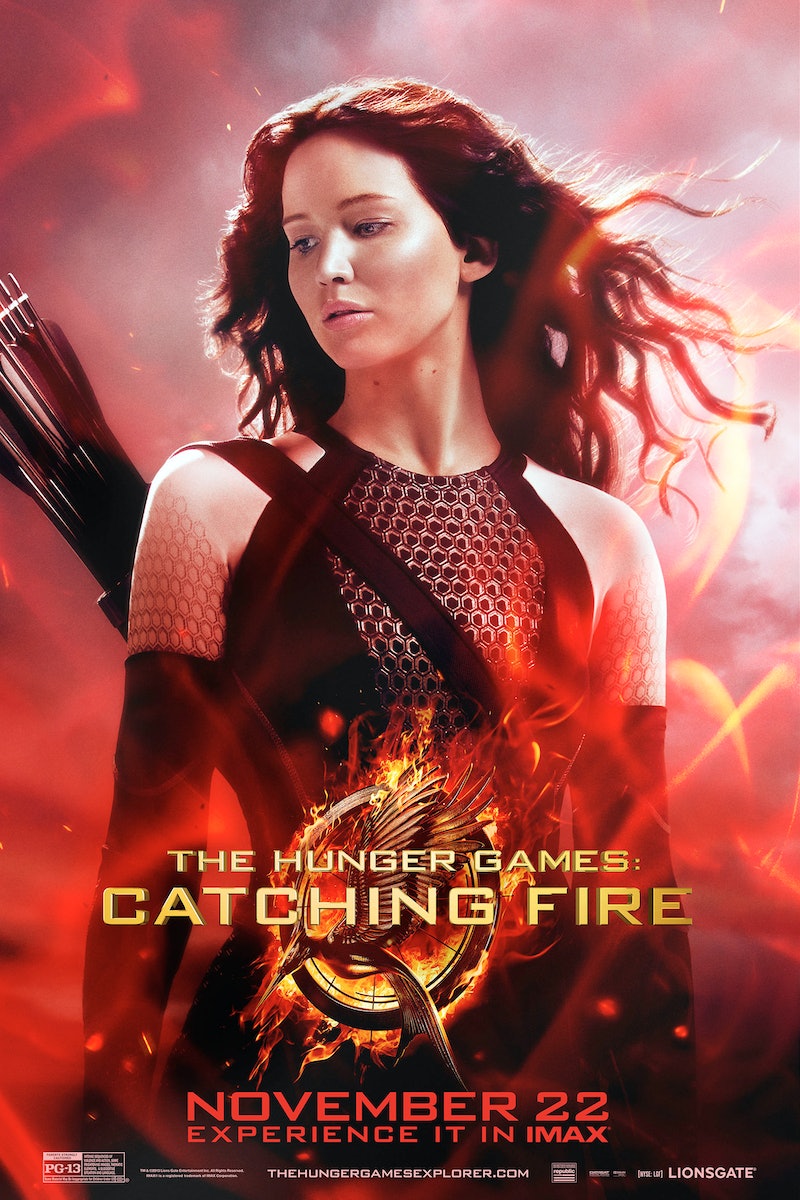 So you thought that Katniss Everdeen was a feminist character and excellent female role model? Ha! Little did you know Katniss Everdeen isn't even a real female character. She spends too much time fighting for that. At least that's what David Cox over at The Guardian seems to think. After a pretty thorough recap of the history of female badasses in film and some speculations about the motives of these filmmakers, Cox takes it upon himself to argue that though this trend of female action heroes might seem like a good thing, in reality it very much isn't.

His argument is a little all over the place. He suggests that these characters might put even more pressure on women to be tough in addition to all else, and he points out that many female characters are pushed into their situations rather than being in control of them (even our beloved Katniss, after all, doesn't choose to fight but has to). He claims that "brainy" women would be better role models for girls than fighters, and for some reason chooses to highlight Jane Foster from the Thor movies as a prime example. He bizarrely conjectures that powerful women who engage in violence on screen will make violence against women more acceptable in the real world (huh?). And he makes everyone's favorite claim ever: that women who do things only men used to be allowed to do aren't women at all.

Considering how many unrelated points Cox is trying to throw at this phenomenon, it would seem that the real reason he's against it is because he just doesn't like it. And why is that? Well, who knows really, but I suspect it has something to do with the fact that strong female action heroes – not just that lovely, nebulous concept "strong female characters", but females who are actually physically strong – freaks a lot of people out. You know what? Too bad. I know it sucks that girls are joining archery clubs in droves but – oh wait no, that's awesome.

Katniss Everdeen is a great role model, not just for girls, but for anyone. She cares about her family and the people in her life. She's willing to risk her life for those she loves, but she is also willing to kill people to keep herself alive. She fights for her own survival as much as anyone else's. She's strong, but still very human, tough but not invincible, controlled but with one hell of a temper. Oh, yeah, and she kicks major ass.

The idea that she is not a woman because of this strength is nothing short of blindingly offensive. Katniss Everdeen is a woman because she is. It's an unambiguous point considering that's her gender identity and her biology. To say that she's a isn't a real female character just because she does things that don't fit a narrow definition of "what women do" is gender essentialist nonsense. Maybe I'm crazy, but I'd like to propose an idea: "what women do" consists entirely and exclusively of the things that women actually do.

At the end of the day, female action heroes, from Buffy to Laura to Xena to Hanna to Katniss, are no less believable than their male counterparts. They certainly aren't worse role models for girls than Vin Diesel or Bruce Willis characters are for boys – something I notice I have never heard anyone mention about male-centered action flicks. And anyone who's so uncomfortable with their strength that they want to deny the characters' very obvious gender identity is just being sexist.

More like this
Who Are The 6 Illuminati Heroes in 'Doctor Strange 2'?
By Grace Wehniainen
Meet The Disney Imagineer Bringing 'Guardians Of The Galaxy' To Epcot
By Charlie Mock
Elizabeth Olsen's Chris Evans Friendship Update Was Accidentally Hilarious
By Grace Wehniainen
Wait, Did Wanda Die In 'Doctor Strange And The Multiverse Of Madness'?
By Arya Roshanian
Get Even More From Bustle — Sign Up For The Newsletter