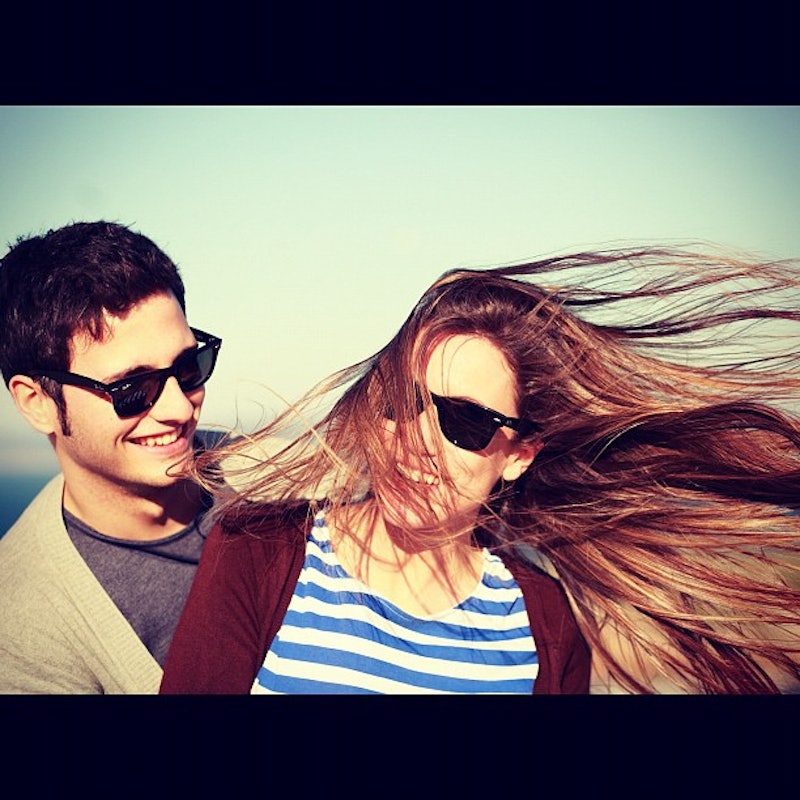 About three years ago, I had a relationship with a guy who could only be adequately summarized by Gnarls Barkley’s “Crazy”. I'll call him GB.

At the onset of our ill-fated romance, I had no idea of the extent of GB's pathology and so, I frolicked right into the fox trap. It began with simple gestures—things that could easily be mistook for chivalry, like wanting to escort me to every class and waiting outside for me afterwards. Like texting me every minute of the day that we were apart. Like little gifts for no reason at all. As a woman, I relished GB's attentiveness. Until it began to come with conditions.

GB asked that I stop hanging out with my male friends as much. He said that I was too friendly and unaware of my habit of crossing boundaries. Hugs were not appropriate. Nor were the reflexive grasps of the arm or playful pushes I did in joking conversation. GB said that if I honored the relationship, I would stop. The great majority of my friends were male, but I stopped hanging out with them out of respect for him. It was a compromise I'd have to make to keep our relationship alive.

GB quickly became the chief presence in my daily life. He was pleased with this. Plus, I still managed to occupy my spare time with extracurricular pursuits so I didn't feel the sting of isolation. Things were great for a while, but then he made another request: That I stop staying after school so much. He said that the time I dedicated to extracurricular commitments was extensive, and that he felt I was negligent to the relationship. I knew I had a habit of letting my involvements get the best of me so I yielded and began skipping programs.

After a while, I began to feel somewhat incomplete, as if I was giving up parts of myself for the relationship. I turned to my girlfriends for their opinions. They told me that I was acting like his puppet and letting him control my life. When I brought up my girlfriend’s defenses to GB, he argued that I was letting other people dictate our relationship. He used the word "love" as a snare, and I allowed myself to be silenced.

It took me two tries to finally leave him. In retrospect, I realize how foolish I was. I was the only one sacrificing in the relationship, and I gave up the company of friends and the pursuit of personal interests for it. Why? Because I thought that's what I was supposed to do.

People always tell you that you should compromise in a relationship. The saying goes that you implicitly give up the right to be selfish when you consciously enter into a partnership with another person. The problem is that no one tells us the sort of compromises this commitment demands nor do they differentiate between healthy compromises and unhealthy ones. As much as I like to pretend that particular relationship never happened, I was at least able to realize from it what a dysfunctional one felt like.

Case in point: In my current relationship, I've been forced to soldier on when I want to shut down in conversation. As an introvert (and, admittedly, a bit of a brat), when I feel that my point of view is being threatened, I retreat to the shell of my mind. There was a time where I was unreachable after that. But when I was met with that same attitude of aloofness from my boyfriend, I hated it. It took us a while—and almost losing each other—to realize that talking through disagreements, even if it means just agreeing to disagree, is vital to keeping a relationship alive. In our compromise, our pride has come to mean so much less to us now in comparison to our sustained happiness together.

I've come to realize that even if we do not stay together, that's not the point. Relationships are a mechanism to cultivate us as people, to develop us into the best versions of ourselves. Just be sure along the way that the compromises you are making in yours are healthy and elevating your character to a higher place.

More like this
Experts Say These 23 Things Won't Happen In A Strong Relationship
By Carolyn Steber
Are Gemini & Scorpio Compatible In A Relationship?
By Kristine Fellizar
The Most Compatible Life Path Numbers, According To Numerologists
By Kristine Fellizar
15 Ways To Tell Someone Was Just Talking Behind Your Back
By Carolyn Steber
Get Even More From Bustle — Sign Up For The Newsletter