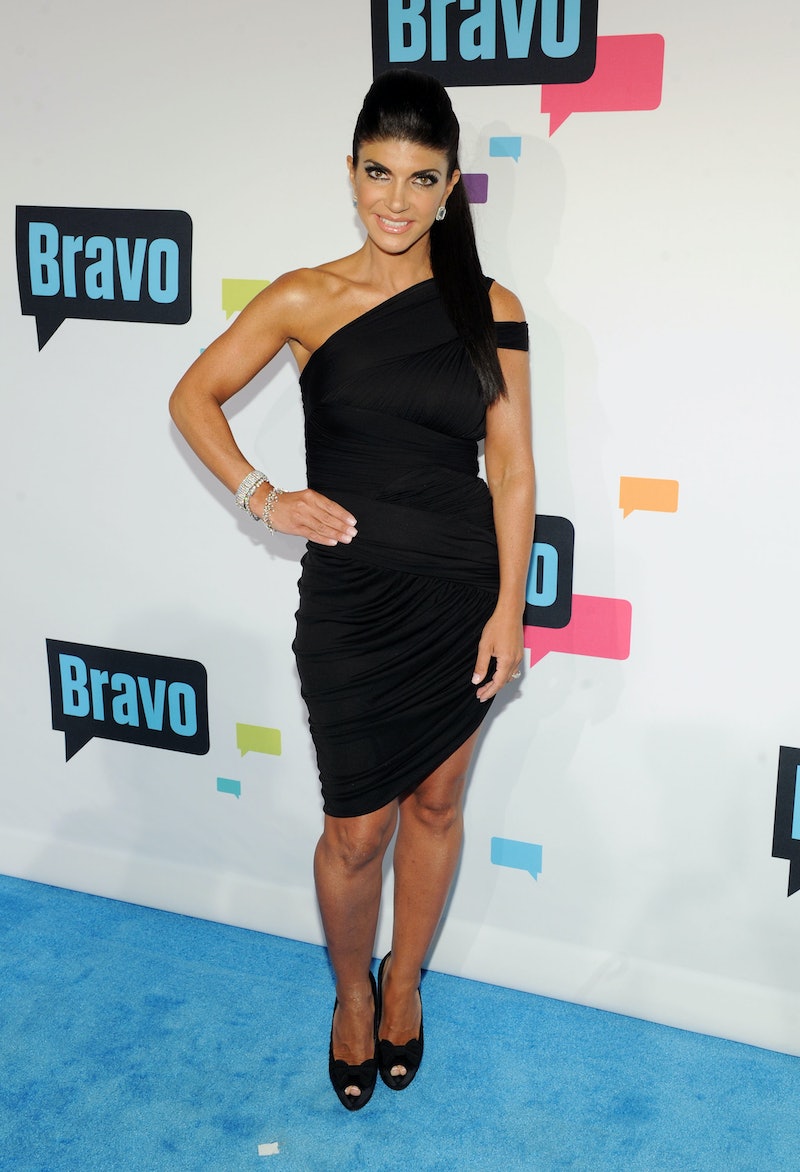 I am a long-time Real Housewives of New Jersey fan. Long-time, meaning that I gaped in disbelief at all of the Danielle Staub craziness, and I may have even shed a tear or two when Teresa Giudice gave birth to Audriana. That said, none of the previous ups and downs on the show have compared to the magnitude of the Giudice family prison drama. Given that Teresa’s sentence is nearing its end — she'll be released in December — people (including myself) are wondering if Teresa Giudice's possible return to RHONJ is truly a good idea or not.

I tend to err on the side of caution. Despite my love for RHONJ and all that the Giudice family brings to the table entertainment-wise, I’d rather them have a chance to find some normalcy in their lives first. Cameras just make life that much harder, and I think we can all agree life has been and will continue to be fairly difficult for them for some time. After all, Joe Giudice still has his 41-month prison sentence coming up. If Teresa doesn’t immediately return to filming the show, she and her girls can have time to recoup and perhaps return better than ever a year (or years) down the line when things are considerably less tumultuous.

If you’re on the fence about whether you’d like to see Teresa back on RHONJ, take these points as to why she shouldn’t into consideration.

1. Her Family Has Been Through A Lot

It isn't a stretch to assume that some time away from the cameras might do them all some good. And perhaps rejuvenate them for a return down the line when the dust has settled.

2. When She Returns, Her Husband Will Be Away

When Joe leaves, the family will go through another considerably difficult time, and they should be able to deal with it privately.

3. It Would Just Cause More Unnecessary Speculation

4. As Much As I Love Real Housewives, It's So Much Drama

I think it's time for the Giudice family to have a little levity.

5. As Evidenced By Last Season, They Didn't Look Like They Were Enjoying Filming Anymore

Their hearts didn't seem to be in it.

6. It Would Put Her Under A Lot Of Scrutiny

She should be able to come to terms with what she went through on her own before returning to such a public life. I don't think being in prison isn't something you just get over that easily.

7. She Should Take Some Time To Relax

RHONJ is high anxiety for me just watching it. I can't imagine the stress one experiences while filming.

So, you see, I'd love to see Teresa on my screen again someday, just not anytime soon.