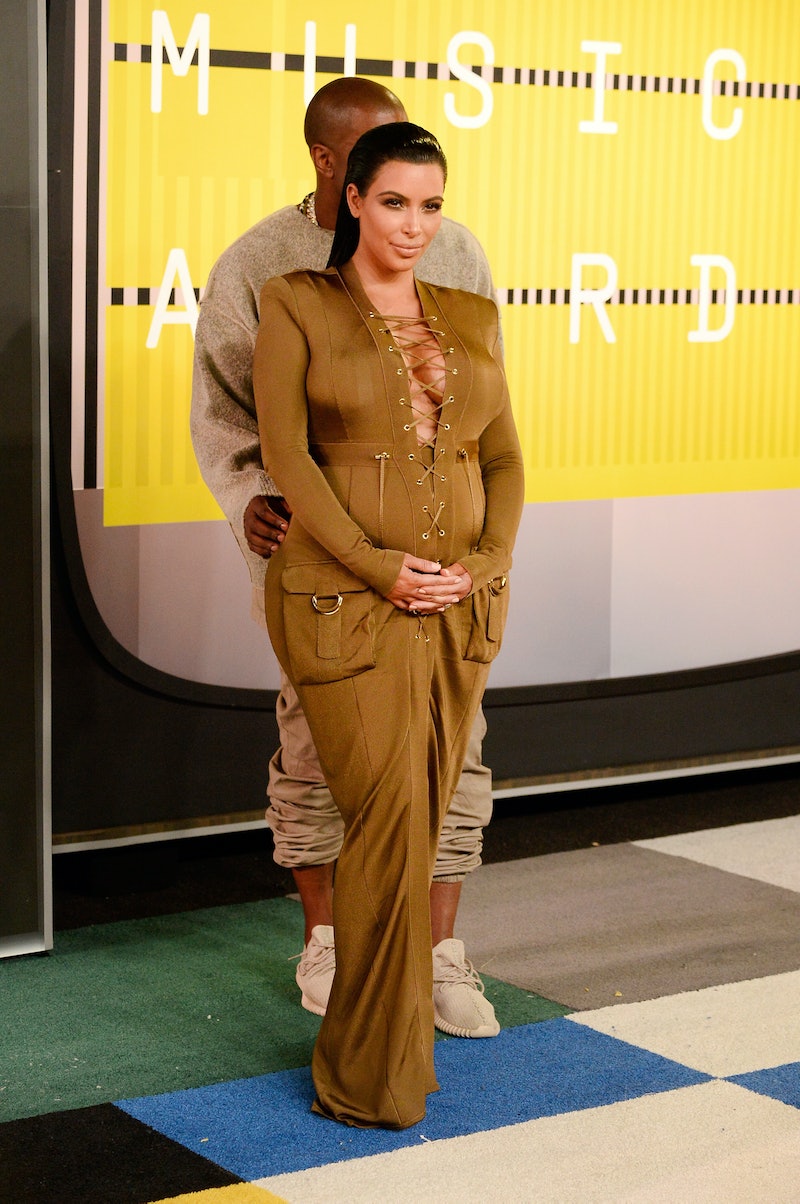 You may have heard Kim K a time or two by now. She — and her outfits — are pretty much the pinnacle of fame. So when Kim Kardashian wears Balmain to the 2015 VMAs, the whole world pays attention. And, to be fair, this look is totally worthy of it all. The KUWTK superstar walked the red carpet at the MTV Video Music Awards with husband Kanye West, who was accepting the prestigious VMA Vanguard Award at the award show — and together, they were arguably the most fashionable couple in attendance to say the least.

Granted, Kanye's outfit was 100 percent Kanye in the sense that it, well, was basically just a gray sweatshirt and some scrunched-up khaki capris, but the simplicity of West's look only highlighted the insane detail in his wife's gown. From pockets to buckles to shoulder pads — there's a lot going on with Kardashian's gown, but it works.

Kim, Kanye, and family are known for being insanely chic; their daughter, North, is pretty much regarded as the most stylish toddler in the whole world, and the entire family attends Givenchy shows together. It's all very casual, really. As publicized and talked about as the Kardashian/West family is, the fact of the matter is that these two know how to style a look — or, well, pick a stylist. In any case, this year's VMAs prove that Kim K is a fashion star in her own right, in case you didn't already know. See her (and Kanye's) full look here.

I mean, talk about a couple who can work some neutrals, am I right?

You have to respect that Kardashian looks utterly confident and happy in this look, and that's pretty beautiful, whether pockets and details and neutrals are your style or not.