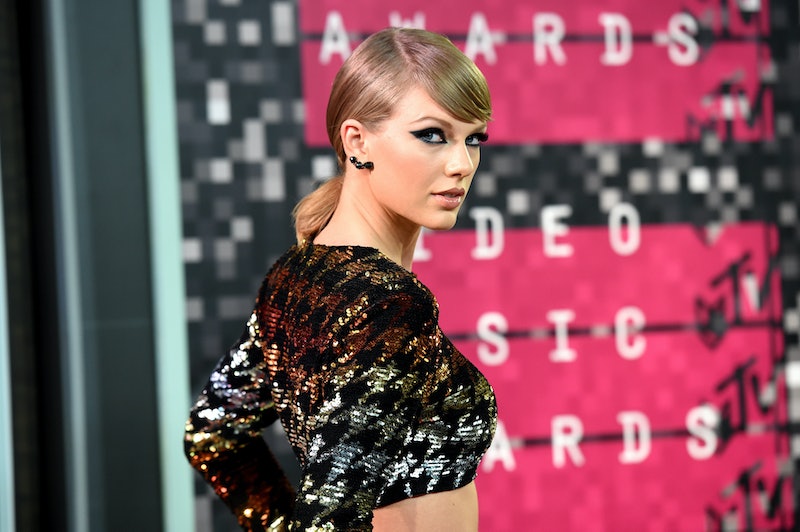 If you watched Sunday night's MTV Video Music Awards, there's a good chance you caught Taylor Swift's music video for "Wildest Dreams," which premiered during the red carpet pre-show. The video features a gorgeous Elizabeth Taylor/old Hollywood theme, but something that stood out to a lot of viewers is the fact that the lion in the "Wildest Dreams" video looks a lot like Cecil the Lion, the famous Zimbabwean cat who was recently killed by a hunter.

If you're wondering how a random lion in a video could be recognized as a specific lion, it's because Cecil was a black maned lion and the lion in the video appeared to also have a black mane. Plus, at the end of Swift's video, there is a note that the "proceeds from the video will be donated to wild animal conservation efforts through the African Parks Foundation of America." Could it really be Cecil? Since the video was likely filmed before the lion's untimely death in July 2015, it's not impossible.

When the video debuted, many fans and Video Music Awards viewers took to social media to ask whether the lion was, in fact, Cecil. Clearly, the gorgeous lion got people talking:

Of course, in that one pic, the lion is VERY close to Swift, so clearly there's some stunt work going on there.

It has not yet been confirmed or denied that the lion in the video is Cecil, but considering his fame, Swift's fame, and the note about donations at the end of the video, it doesn't seem entirely impossible. Hopefully, the singer will comment further on the video once the VMAs and new video excitement calms down.