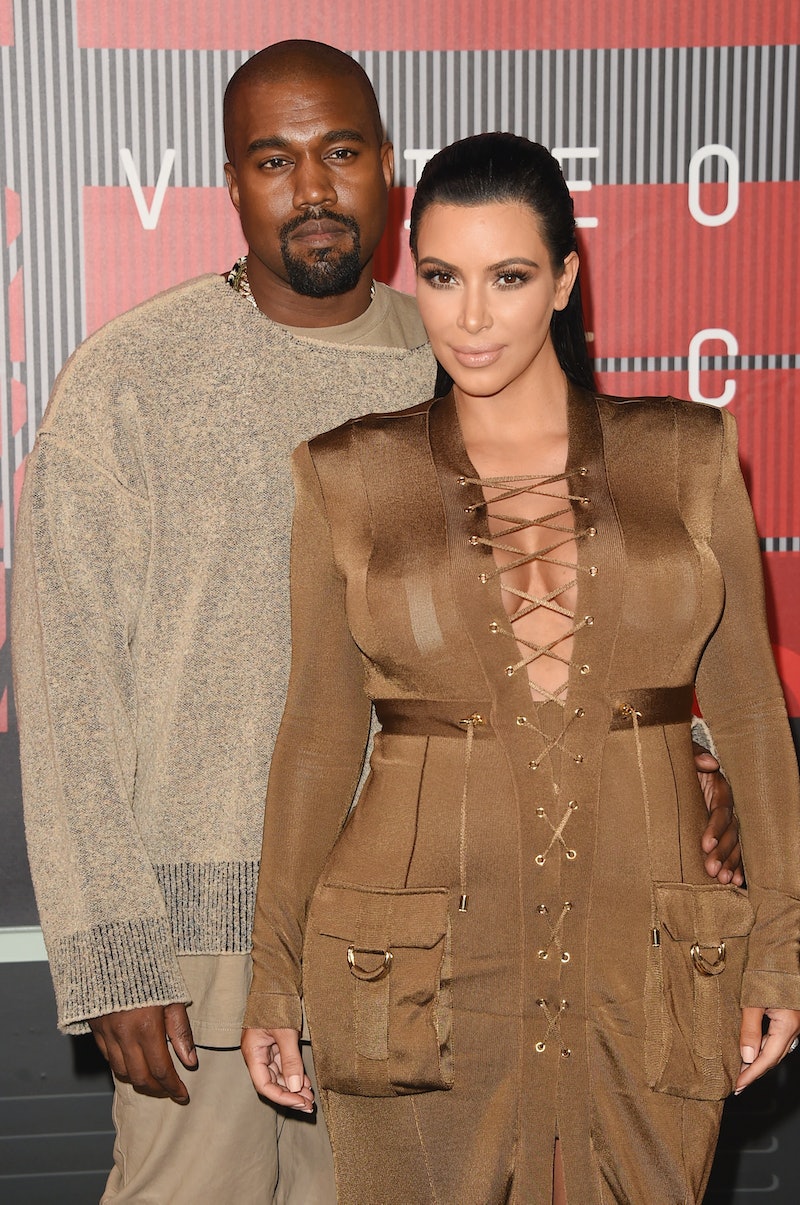 Admit it, when you found out that both Kanye West and Taylor Swift would be at the 2015 VMAs, your expectations for the evening immediately skyrocketed. After the infamous moment at the 2009 awards when Kanye rushed the stage after Taylor won Best Female Video to say that Beyonce deserved the award instead, any time the two superstars are going to be anywhere together, I think most fans' ears perk up. When they're going to be together at the actual VMAs, it's a legendary moment waiting to happen. Well, they didn't disappoint, as after the Taylor won Best Female Video once again, it looks like Kanye pretended to get up, as the camera cut back to him sitting back down while Kim Kardashian, Chrissy Teigen, and everyone else around him laughed.

Only an hour into the awards show, it was clear that this is seriously Kanye's night. Not only is the rapper set to receive the Video Vanguard Award, but he also was caught adorably dancing to The Weeknd's performance, and is even set to appear on stage with Taylor later in the broadcast. Seriously, this is a great night for Yeezus fans. He's being honored with the biggest award of the night, showing off some dance moves, and now, letting his usually hidden sillier side shine. Watch Kanye's audience fakeout below.

And this GIF shows the full joke, including Kanye actually running to the aisle.

I just hope that the 2015 VMAs serve to convert any remaining Kanye haters. In the course of one awards show, he's going to show off his immeasurable talent, many accomplishments, sense of humor, and in all likelihood, serious side. I can't imagine how anyone could not praise Yeezus by the end of Sunday night.