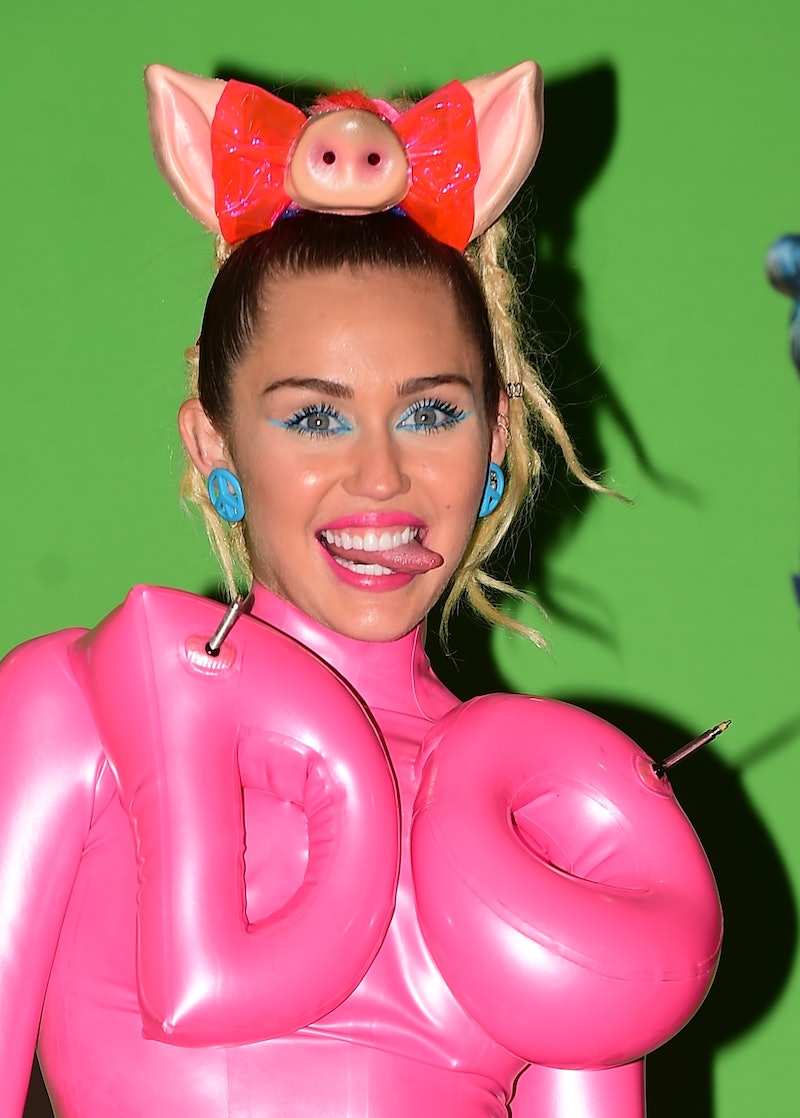 When Miley Cyrus is hosting an awards show, you know some big surprises are ahead, but I don't think any of us were prepared for this. At the end of her closing performance, Miley revealed her new album, Miley Cyrus And Her Dead Petz, is currently available for free online, and if you did a double take at that name, you're not the only one. Who are Miley's dead pets, the animals who apparently inspired the name of her surprise album?

The singer is a known animal lover, and unfortunately, has suffered some tragedies with her pet family. As Gawker detailed, Miley's Alaskan Klee Kai Floyd died in April 2014, and though she never released any details about his seemingly sudden death, she tweeted about her anguish, and dedicated a very emotional performance to him at one of her concerts.

Unfortunately, that wasn't the first time one of Miley's beloved dogs passed away. As People reported, her Yorkie Lila died in 2012, and Miley's mother Tish Cyrus told AOL Music that it was due to injuries sustained from a bite from one of her other dogs, Ziggy.

Most recently, Miley's pet blowfish Pablow died of unknown causes, and she honored his death with both a song and a tattoo in his likeness.

Clearly, Miley was severely affected by the deaths of each of these pets, and though the spelling of the album title may suggest a more flippant attitude, I think she is paying sincere tribute to them with Miley Cyrus and Her Dead Petz.

More like this
'Black Mirror' Season 6 Is Reportedly In The Works, Here’s What To Expect
By Maxine Harrison
BTS Is Visiting The White House To Discuss Anti-Asian Hate Crimes With President Joe Biden
By Jake Viswanath
Harry Styles Performed A Snippet Of Taylor Swift’s “22” & The Crowd Went Wild
By Jake Viswanath
Kim Kardashian Reacts To Kanye West’s Diss Song “Eazy” On 'The Kardashians'
By Jake Viswanath
Get Even More From Bustle — Sign Up For The Newsletter