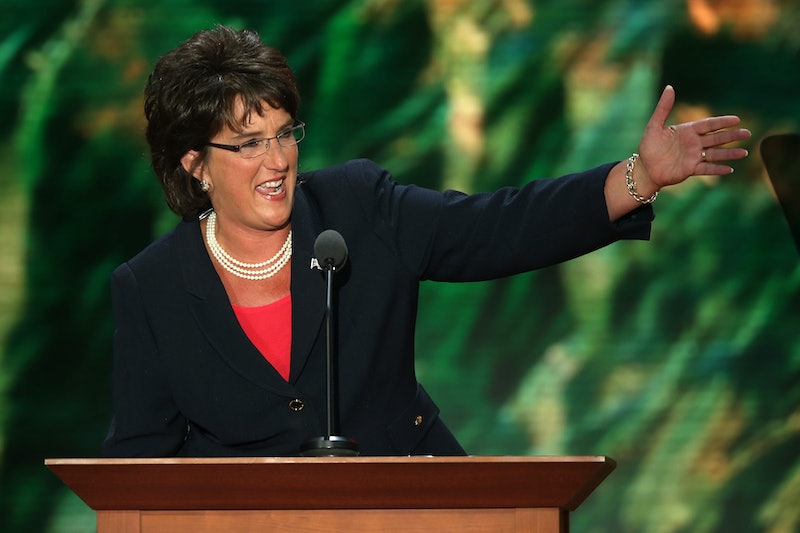 This is news for which we can cheer, and we don't have to give anyone the stink eye: the House passed a bill with bipartisan support today that would increase protection for service members who report sexual assaults or rapes.

The bill, sponsored by Republican Rep. Jackie Walorski (IN-02), passed by a vote of 423 to 0. According to a press release on Walorski's website, the bill "requires the Inspector General to investigate allegations of retaliation in connection to a servicemember reporting an act of sexual violence and includes reports of sexual assault as a form of communication under military whistleblower protections."

Walorski authored the bill in response to a report from the Defense Department that sexual assaults have increased by more than a third from 2010 to 2012.

"With the growing epidemic of sexual assault, our servicemembers deserve immediate action to eradicate future violence and establish safe reporting...It is unthinkable that our troops should face the additional and unacceptable threat of sexual assault from within their very own ranks..." Walorski said.